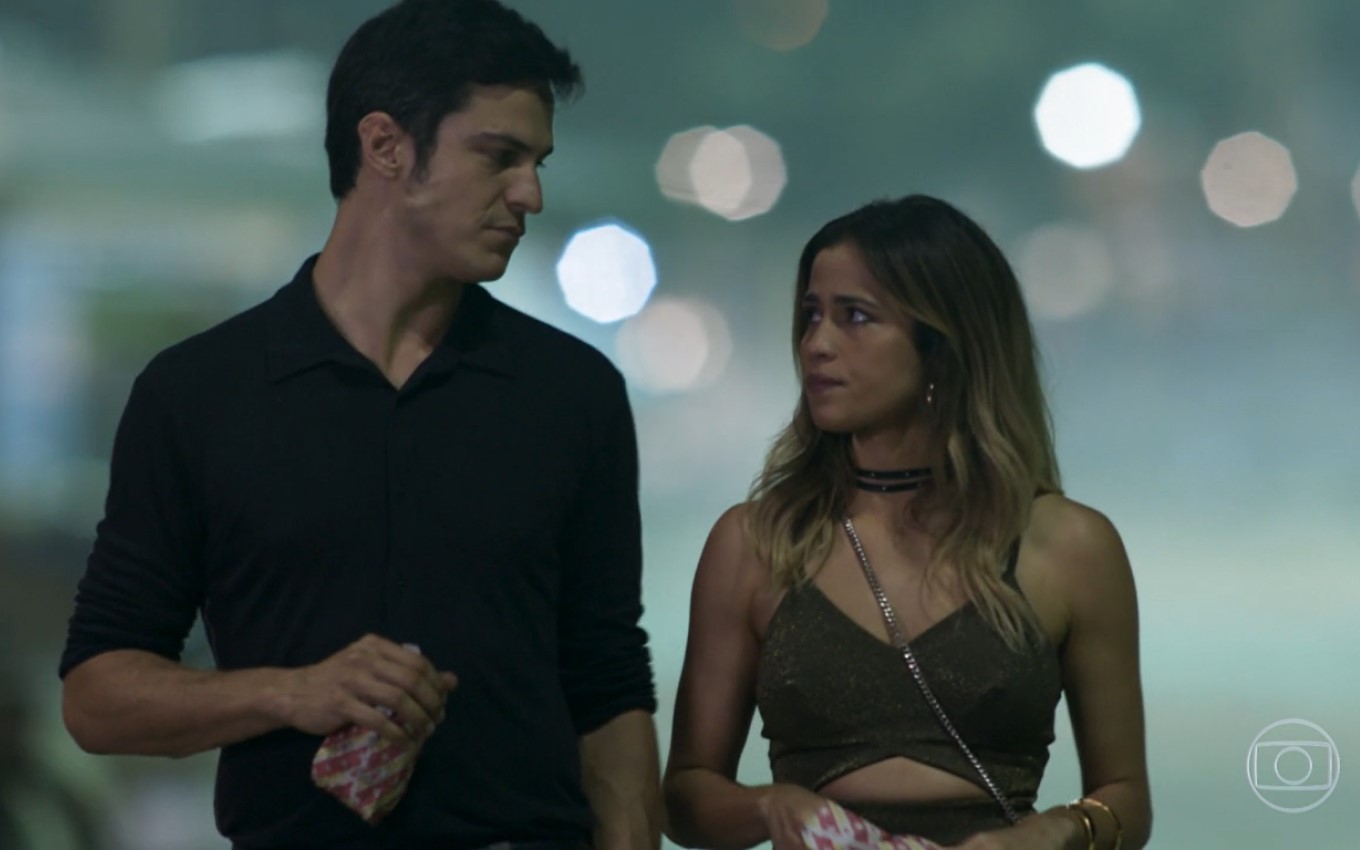 After acting in cold blood to catch Sandra Helena (Nanda Costa) on the jump and help the police arrest her, Eric (Mateus Solano) will try to make peace between the two in Pega Pega. The businessman will look for the former chambermaid and vent about his new problem. “The past came back with everything to beat me”, will tell the good guy in the telenovela at seven on Globo, but the blonde will be suspicious of his true intentions.

For those who don’t remember, Bebeth’s father (Valentina Herszage) seduced the character of Nanda Costa to extract information about the money she had saved. The dazzled said that she kept a good amount hidden, and he mobilized Domênico (Marcos Veras) and Antonia (Vanessa Giácomo) to follow her. That’s how the blonde ended up in jail.

In scene that will to air from next Monday (11), Eric will see Agnaldo’s ex-girlfriend (João Baldasserini) buying popcorn from a cart on the waterfront and will approach her. “You may not believe me, but I wish you good luck. It’s absolutely true,” the executive will say.

Sandra Helena will then ask Luiza’s husband (Camila Queiroz) about the situation he is facing. Malagueta (Marcelo Serrado) will have arranged for the documents of the accident that resulted in the death of Mirella (Marina Rigueira) to be found in the businessman’s briefcase. “They are unjustly accusing me,” Eric will declare.

with the back foot

The woman who participated in the millionaire robbery of the Carioca Palace will claim that she knows exactly what the rich man is going through. “The difference between your situation and mine is that I didn’t commit any crime,” Bebeth’s father will allege. “Perhaps our crimes are not so far apart”, will continue the unmasked thief, who will intrigue him.

Sandra Helena will ask not to be involved in Eric’s detective story. “I’m already in too much trouble, I’ve said enough. Don’t come seduce me again to get more out of me. Don’t say anything to confuse my head”, will finish the blonde, afraid of making another skid.

In fact, she’s suspicious that Malagueta is behind the set-up that got Eric into trouble with the police. This time, however, she will hold your tongue loose.