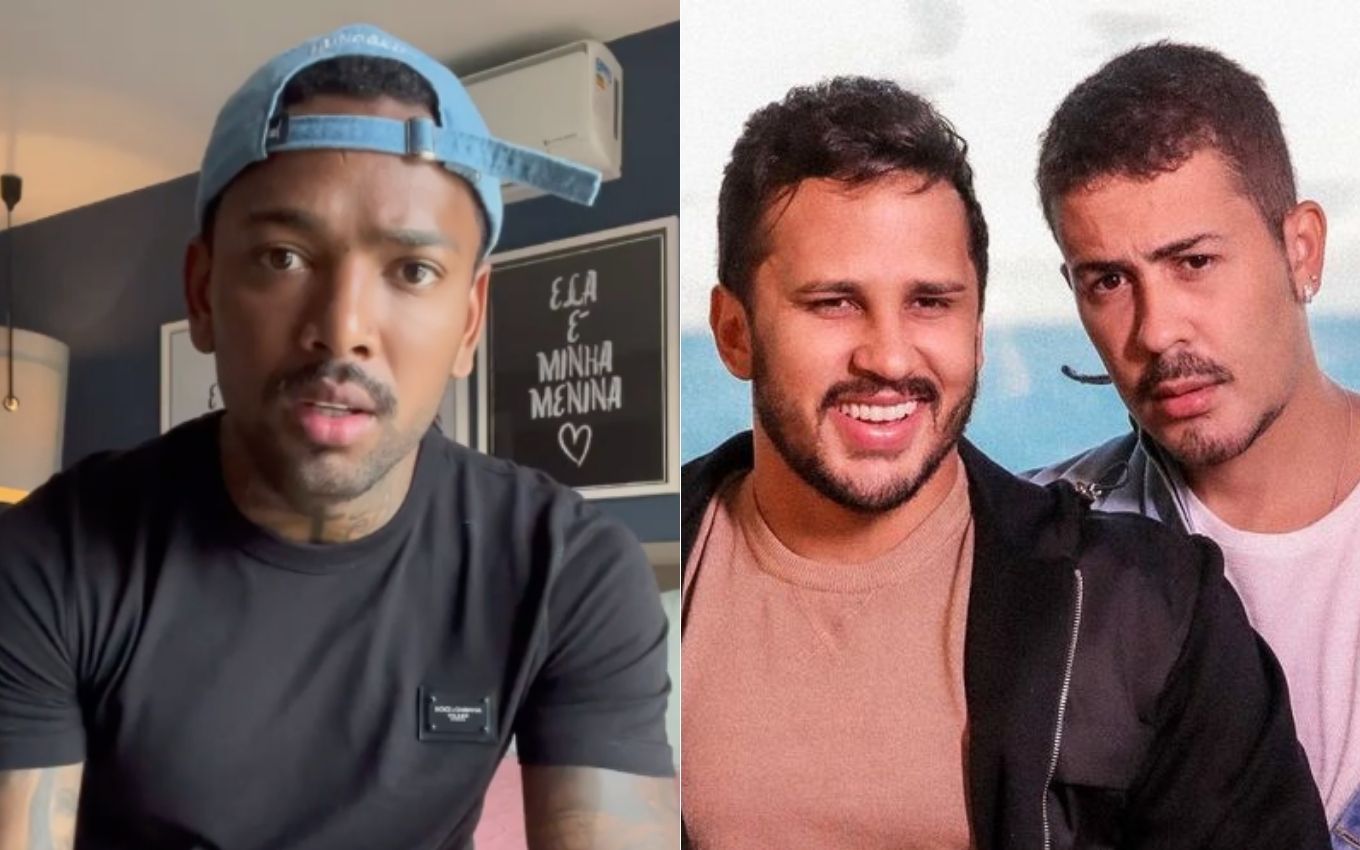 Husband of Carlinhos Maia, Lucas Guimarães was appointed as the replacement for Nego do Borel — kicked out last Saturday (24) — in the cast of A Fazenda 2021. Fans of the blogger couple noticed the disappearance of the digital influencer of social networks, in addition of his absence at a party promoted by youtuber on Monday (27). Therefore, they are considering the arrival of Guimarães in the rural competition.

Although Record points out that it will not put another participant in the funkeiro’s place, who was banned from the reality show on suspicion of having sexually abused Dayane Mello, the name of Lucas Guimarães ended up in the most talked about topics on Twitter this Tuesday (28).

“If it’s true that Lucas Guimarães is going to enter A Fazenda 13, he’s already won that game, he can go to the final because the prize is already his!”, wrote Paula Daniele. “If Lucas Guimarães enters the Farm, my fans are his. He is pure love. [Rodrigo] Carelli, make it happen,” asked the director of the reality show Ju Pain.

“I didn’t think about Lucas Guimarães at the Farm. Help, it makes him feel like he’s disappeared, I thought it was very strange yesterday that he wasn’t at the party at the bar. Emily [Garcia] posted this and I didn’t even notice,” wrote an internet user identified only as Scaarzita, who shared a screenshot of the blogger.

The screenshot showed that Babal Guimarães’ wife, Lucas Guimarães’ brother, used Instagram’s Stories tool to explain her brother-in-law’s disappearance, but making a mystery. Lucas is taking care of a little something. He’ll be back soon with news,” said Emily.

In a video also published in Stories, Carlinhos did not reveal where her husband is. “You’ll soon know”, reinforced the youtber, who is a friend of Rico Melquiades, confined in A Fazenda 2021.

According to columnist Leo Dias, from the Metrópoles portal, the blogger disappeared from social networks just to undergo another liposuction.

With Fernanda Medrado’s withdrawal from A Fazenda 13, pedestrians have already speculated within the program the entry of Laryssa Bottino, blogger and former friend of Anitta. Melquiades was the one who recalled that the ex-On Vacation with the Ex was in the WhatsApp group that some inmates did and guessed that she would be the replacement.

Columnist Flávio Ricco, from Portal R7, announced that Lary will actually enter confinement in Itapecerica da Serra in the vacancy left by former Power Couple, but it has not yet been announced when that will happen.

Understand what happened to Nego do Borel in A Fazenda 13: the funkeiro was expelled from the Record program after exchanging caresses with fellow prisoner Dayane Mello, who got very drunk after a party on the reality show.

Due to pressure from advertisers, noise on social networks and the fact that the peoa did not remember the night with the singer, the station chose to remove him from the cast last Saturday.

If Lucas Guimarães enters the farm my fans are his .. he is pure love .. Carelli makes it happen 💕 https://t.co/JpOYgkpd39

Lucas Guimarães who is a friend of several people from the house entering the place of the Solange and the Mind of Solange thus confirming the various conspiracy theories of the “grupo” really true:#AFazenda13#The farm
pic.twitter.com/sOP5Hzarur

Because I didn’t think about Lucas Guimarães at the farm, help makes all the sense he’s gone, I thought it was very strange yesterday he’s not at the party at the bar. Emily posted this and I didn’t even notice pic.twitter.com/eNVXEJtzE2

If it’s true that Lucas Guimarães will join @RecordFazenda13 ,has already won this game,you can go to the final, because the prize is already his!!!😍😍😍😍

I’m thinking that Lucas Guimarães (Husband of Carlinhos Maya) is going to enter the farm in place of Nego Do Borel. HE DIDN’T EVEN GO TO CARLINHOS’ PARTY AND CARLINHOS SAID HE TRAVELED FOR WORK… #AFazenda13#The farm