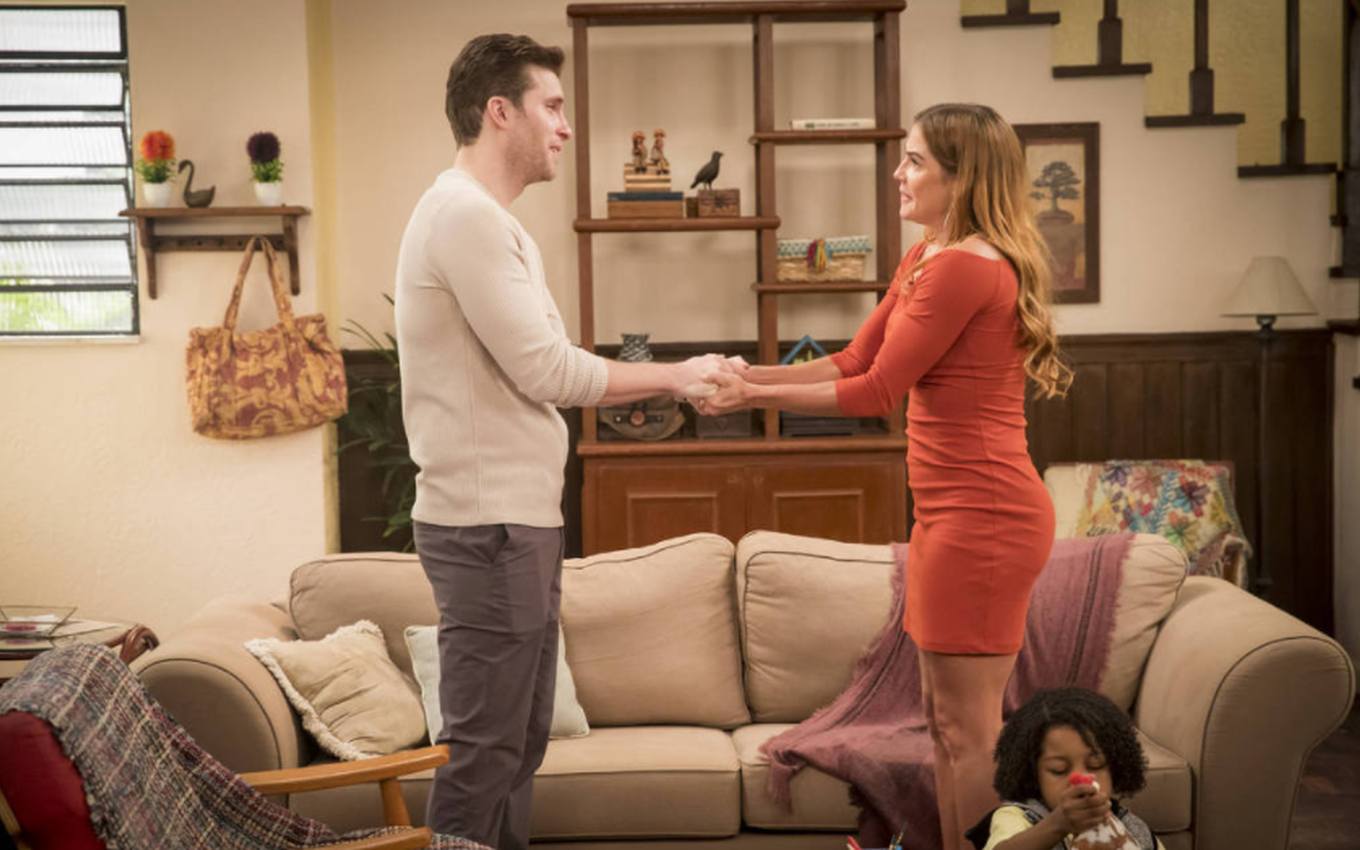 Alan (Thiago Fragoso) will be surprised to see Alexia/Josimara (Deborah Secco) alive in Save Yourself Who Can. The lawyer will go to Ermelinda’s (Grace Gianoukas) house with her children to see her cousin again. “I missed you so much”, confesses the actress, who will receive the little ones on her knees and with open arms in Globo’s seven o’clock soap opera.

Upon discovering that Alexia is alive, Alan will decide to show up at the address where his cousin is hiding to see her. He will be accompanied by Queen (Alice Palmar) and Mosquito (Ygor Marçal), who also miss the redhead.

As soon as they arrive at Ermelinda’s house, they will find Alexia kneeling, with her arms open, ready to receive her cousins. She will shower the children with kisses, and everyone will be thrilled. “I missed you so much, Alexia!”, Mosquito will say.

“I asked so much for daddy in heaven to bring you back!”, Queen will reveal. “Your prayer was successful, my love! Oh, how I miss squeezing, kneading, drowning my loves with kisses!”, the girl will answer.

Alan will watch the scene moved, but also full of desire to hug his cousin. “And I don’t get a hug?” “Alan, my favorite cousin!” Alexia will joke, already towards him. “I already told you that this compliment is not worth it! You only have one cousin”, he will remember.

They will smile and hug each other, moved. “I could have all the cousins ​​in the world and none would be like you. My best friend, I missed you so much,” declares the Deborah Secco character.