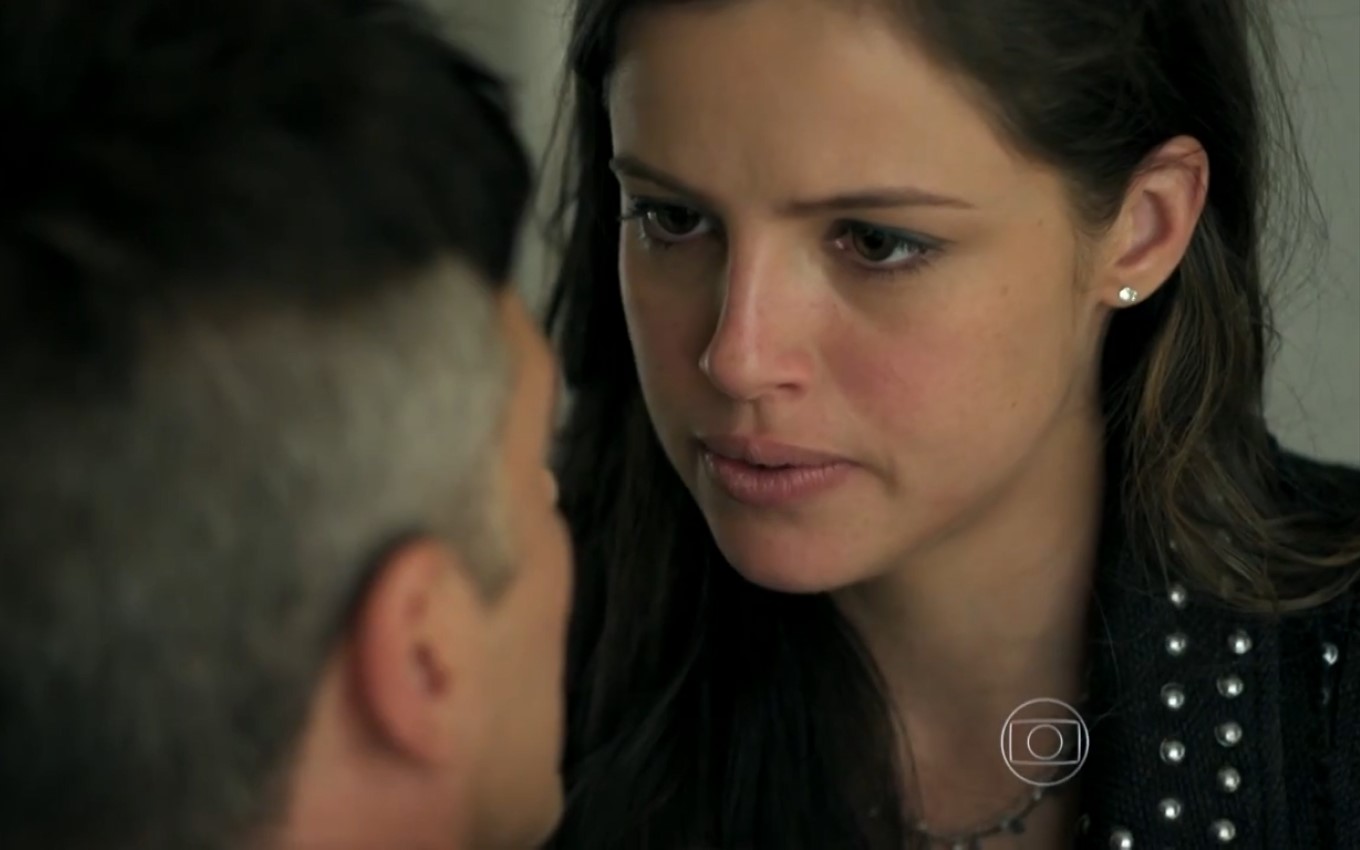 Giovanna (Agatha Moreira) will suspect that Arlete/Angel (Camila Queiroz) and Alex (Rodrigo Lombardi) had an affair in Verdades Secretas. The teenager will discover from Nina (Bella Piero) that her colleague was doing programs and was funded by a millionaire. Convinced by her father’s marriage to Carolina (Drica Moraes), the rebel will connect the dots and ask Anthony (Reynaldo Gianecchini) to tell the truth.

In Globo’s eleven o’clock soap opera, Rodrigo Lombardi’s character will exchange Samia (Alessandra Ambrosio) for Angel’s mother, a simple woman and housewife. He, who knows about the heiress’ participation in the pink book scheme, will threaten his daughter if she says something about the story with her future stepmother.

Next chapters, Giovanna will tease Angel at school: “I don’t know how I’m going to explain to the class that my father is going to marry your cheesy mother. This is very strange, but there has to be some explanation”, will say the rebellious patria.

The young woman will show discomfort when talking about the union. Bruno’s sister (João Vitor Silva) will kill the riddle soon after. Nina will find the situation strange and will take advantage of her new connection with Eziel (Felipe Hintze) to find out why he broke off his friendship with the model.

“She was in the program, there was a millionaire guy who paid for everything. I asked her to go out with me paying, and she didn’t want to”, will tell the student. The young woman with colored hair will run to Giovanna’s house and drop the bomb in her friend’s lap, who will hide that she has also had sex for money.

She’ll unravel the mystery when she hears that, in addition to profiting from an older man, Angel was the star of Alex’s fashion show. Pia’s daughter (Guilhermina Guinle) will find Anthony in the flat and put him against the wall.

“There’s something going on in my head. Do you swear to tell the truth? I found out that Angel had an affair with a millionaire. Was this guy my father?”, the moneyed woman will question. The gigolo will deny it.

Reynaldo Gianecchini on stage as Anthony

Second, 4/9 (Chapter 24)
Alex tells Angel that he loves Carolina. Fanny celebrates the signing of the contract and announces to everyone that her agency will grow even more. Sam introduces Roy to Larissa, who invites him to meet the agency where he works. Alex ends his relationship with Samia and tells the family that he is getting married.

Alex reveals to Giovanna that his fiancée is Carolina and threatens her daughter if she reveals any of Angel’s secrets. Nina finds out that Angel was doing shows with men and tells Giovanna. Giovanna questions Anthony about the connection between Angel and Alex.

Tuesday, 5/9 (Chapter 25)
Anthony tells Giovanna that Alex was not Angel’s lover. Alex pays off the debt on Hilda’s apartment and Carolina gets emotional. Angel asks Guilherme to accompany her to Alex’s dinner. Oswaldo refuses an invitation from Fábia. Visky approves of Roy’s profile and Larissa celebrates.

Thursday, 7/9 (Chapter 26)
Alex manages to lose Giovanna. Pia knows Carolina. Giovanna notices the looks between Alex and Angel. Larissa gets involved with Roy. Alex makes the official marriage proposal to Carolina and Pia fears that the two will have a child. Carolina and Rogério divorce with the help of a lawyer for Alex.

Viviane insinuates to Rogério that they should benefit from Carolina’s new husband. Lourdeca spends the night with Leo and brags to Visky. Alex asks Fanny to buy clothes for Carolina. Carolina reveals to Everaldo that she will get married. Visky discovers the address of Anthony’s flat.

Friday, 8/9 (Chapter 27)
Visky hatches a plan for Fanny to catch Anthony with Giovanna. Carolina resigns from her job and Everaldo consents, hurt. Angel declares that he would rather live with his grandmother than move with Carolina and Alex. Pia tries to stop Alex from getting married.

Larissa ends her relationship with Sam and promises Roy exclusivity. Fábia and Oswaldo kiss, but the teacher says he wants someone else. Alex proposes that Angel travel with him and his mother on their honeymoon.