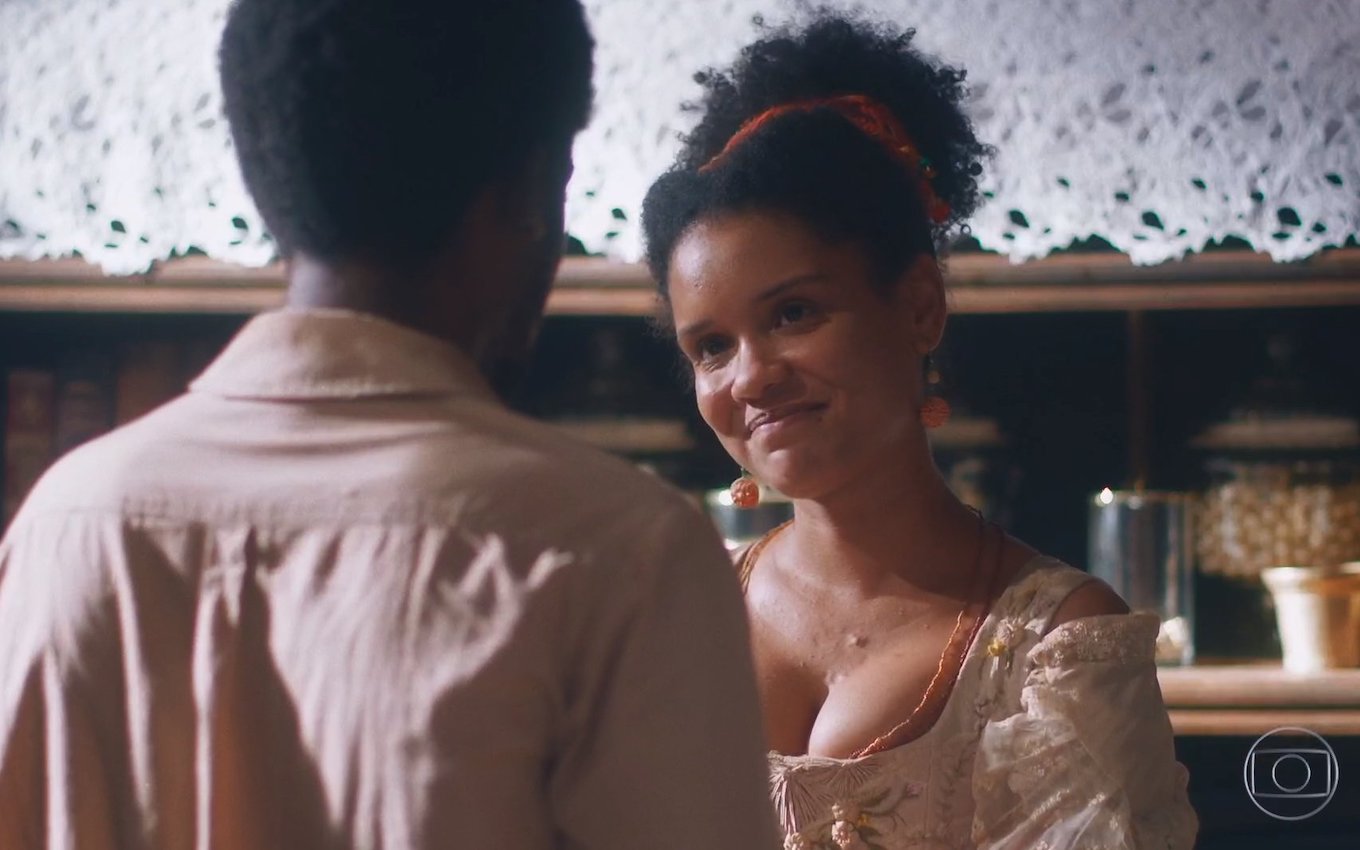 Zayla (Heslaine Vieira) will make the queue move quickly in Nos Tempos do Imperador. After Samuel (Michel Gomes) breaks his engagement to her to get back together with Pilar (Gabriela Medvedovski) on Globo’s six o’clock soap opera, the seamstress will take the attitude of kissing Guebo (Maicon Rodrigues) and driving him crazy. However, soon after, the young woman will discover a powerful trump card to make the ex-fiancé eat out of her hand: her counterfeit letter of enfranchisement.

The exchange of pairs in the saga written by Thereza Falcão and Alessandro Marson will have no subtlety. Once the engineer breaks his commitment to the princess of Little Africa, she will swear she won’t let him be happy with the doctor. Strong traces of the evils that she will still do in history will appear in the chapter next Thursday (14).

The young woman, however, will change her behavior when she meets Guebo again. It will hide the repression and play charm. It will seem that Olu’s daughter (Rogério Brito) wants to use her childhood friend to provoke Samuel. Even Guebo will release this possibility in the scenes that will air on the next 16th.

“Are you still participating in those actions with The Warriors, creating confusion, taking risks?”, Zayla will question on a night walk with the suitor. “For now, let’s stop. At least until the dust settles. After that shot, which was for me and ended up hitting the…”, the boy will let go, reproaching himself for not mentioning Pilar’s name.

Days before this sequence is shown, the doctor will have been the victim of a bullet fired by Borges (Daniel Dal Farra) to kill the warrior. “Pilar left the hospital today. She’s having a party for her at the casino. My parents went,” the girl will comment. Guebo will be impressed by the friend’s tranquility.

Beginning of romance in the air

“With each passing day, Samuel gets further away in my head. I’m starting to get interested in other things, other people”, will comment Cândida’s daughter (Dani Ornellas). He will be jealous and want to know who these others are. She will retaliate saying he is a fool and kiss him.

“Is this serious? Aren’t you kidding me? Are you using me? To forget about Samuel? To try to make you jealous?”, the boy will ask. “Guebo! Ah! I’m being honest. But if you don’t believe me, I better go,” the young woman will reply.

The two will then end their tour in an atmosphere of romance. They will even kiss when they say goodbye to each other.

mighty trump in the hands

When Zayla gets home, Candida and Olu will be talking about the night at the casino and will comment on Tonico’s (Alexandre Nero) new “tara”: finding the slave who killed his father. The girl will keep hidden in a corner. “I don’t know, but there’s something telling me he’s in danger, yes,” will say the woman, who is a spiritual leader.

“What danger? As long as Samuel has that one false enfranchisement letter, he’ll be safe,” Olu will release. The October 16th chapter will be closed leaving Zayla’s smile and look of satisfaction with the discovery in the air.