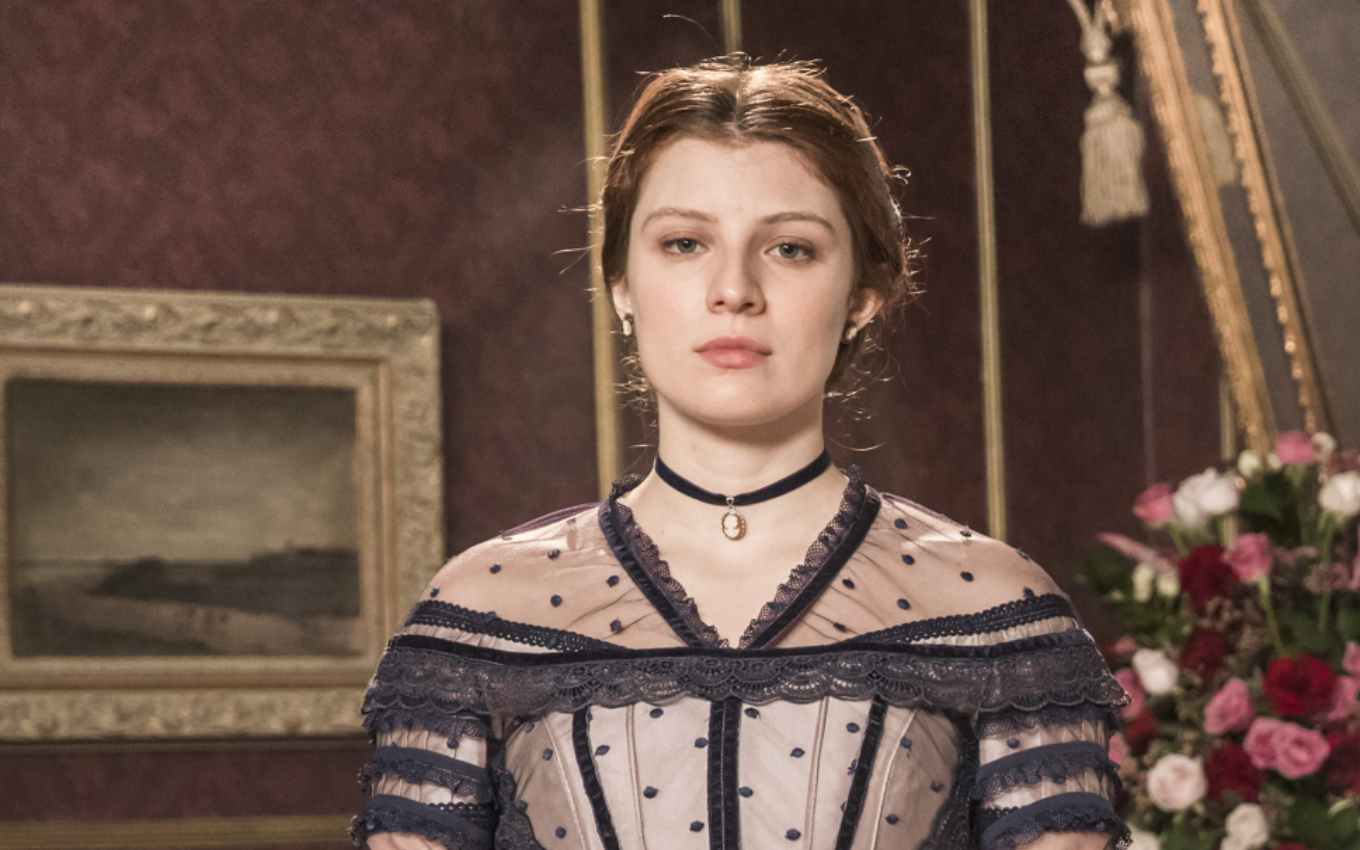 Isabel (Giulia Gayoso) and Leopoldina (Bruna Griphao) will experience tense moments in Nos Tempos do Imperador. The two will flee the palace and venture into Quinzinho’s casino (Augusto Madeira), where they will all drink and be harassed by two young men. The situation will quickly turn into one of those shacks, with the right to a broken bottle and a thrown chair, and will only end when Borges (Danilo Dal Farra) gives everyone a voice in prison, including the nobles.

The princesses will be at the place alongside Pierre (an undisclosed actor), who will have come to Brazil as a possible suitor of Isabel. “If Mom were here… we’d be forbidden to pass the first cup!”, the girl will say, already sobbing and a little happy.

At this point, they will be approached by two rogues. “The girls never came here. Shall we dance?” one of them will ask. “They are accompanied!”, countered Pierre. “Oh yeah? How much did you pay for the ‘company’
from them? We’ll cover it!” will retort the second boy.

Angered, Leopoldina will order him to take back what he said. “Calm down girl, let’s not fight! The three of us stay with them and everyone has fun. That’s what they’re there for, isn’t it? Let’s dance, honey, let’s go”, will insist the first rogue.

The younger sister will lose her mind and throw champagne in the boy’s face. Isabel will join the melee and throw her drink at the other. Furious, one of them will break a glass bottle and threaten Pedro’s daughters (Selton Mello): “Laugh now, laugh!”

Pierre will then grab a chair and throw it at the rogues. Everyone will start grappling, and Quinzinho will be desperate with the chaos. “My casino!” will fire the owner of the establishment.

Borges will arrive and have the troublemakers arrested. “Do you know who you’re talking to?” Leopoldina will add even more fuel to the fire: “That’s right. Put that bastard in his place!” Annoyed, the policeman will order the princesses to be detained as well, shocking them.