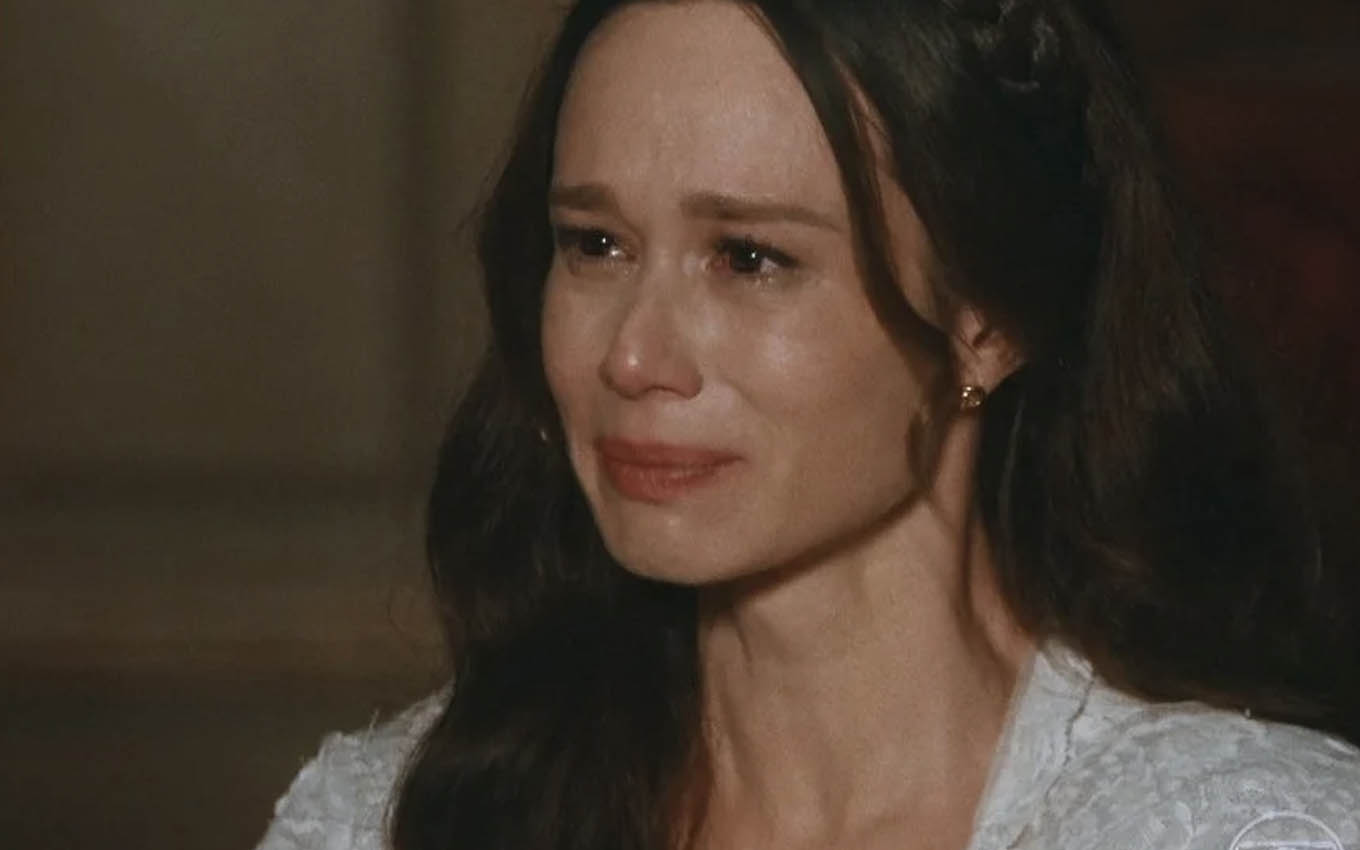 Teresa Cristina (Leticia Sabatella) will prove she has a “heart of gold” as she hugs Luísa (Mariana Ximenes) in one of the worst moments of her life in Nos Tempos do Imperador. The Neapolitan will leave the differences aside to welcome her rival, who will lose the child she is expecting from Pedro (Selton Mello) — a pain that the noblewoman herself has already felt in her own skin on Globo’s six o’clock soap opera.

Alessandro Marson and Thereza Falcão’s serials showed in the first chapters that Isabel (Giulia Gayoso) and Leopoldina (Bruna Griphao) were not the only heirs to the throne. The Princess of the Two Sicilies had also given birth to two boys who died in their infancy, Princes Afonso (1845-1847) and Pedro (1848-1850).

Afonso left at the age of two because of epilepsy, a condition that haunted the royal family and was portrayed in the attacks of Dom Pedro 1º (Caio Castro) in Novo Mundo (2017). Pedro, in turn, was affected by a fatal fever, explained at the time as a consequence of yet another congenital disease.

No wonder Teresa Cristina will raise a “white flag” as soon as Isabel reveals that Luísa will spend a few days away from Quinta da Boa Vista due to an indisposition. She will soon realize that it is actually a miscarriage.

The empress will even regret ordering Pedro to disappear with the bastard instead of keeping him around, just as her father did with Domitila’s daughters (Agatha Moreira). She will also offer a “friendly shoulder” to the character of Mariana Ximenesin the scenes that will be shown on the next 8th.

After having fainted in an argument with Teresa Cristina, Luísa will again worry Justina (Cinnara Leal) with her fragile health. “I’m bleeding. I’m losing my baby,” will reveal the noblewoman, who will ask the housekeeper to go after Pilar (Gabriela Medvedovski).

Despite the misunderstanding of the past, the countess will turn to Dolores’ sister (Daphne Bozaski) in fear of a scandal, as her husband, Eugênio (Thierry Tremouroux), has never set foot in Brazil since leaving for Europe years ago.

Dominique’s mother (Thor Becker) will still refuse to go to a nursing home when warned of the seriousness of the situation. “I’m not leaving here! Don’t you understand me? Nobody can know about this pregnancy”, will explain the Countess of Barral. “It’s your only chance. Either you go to the hospital or you can die here,” the doctor concluded.