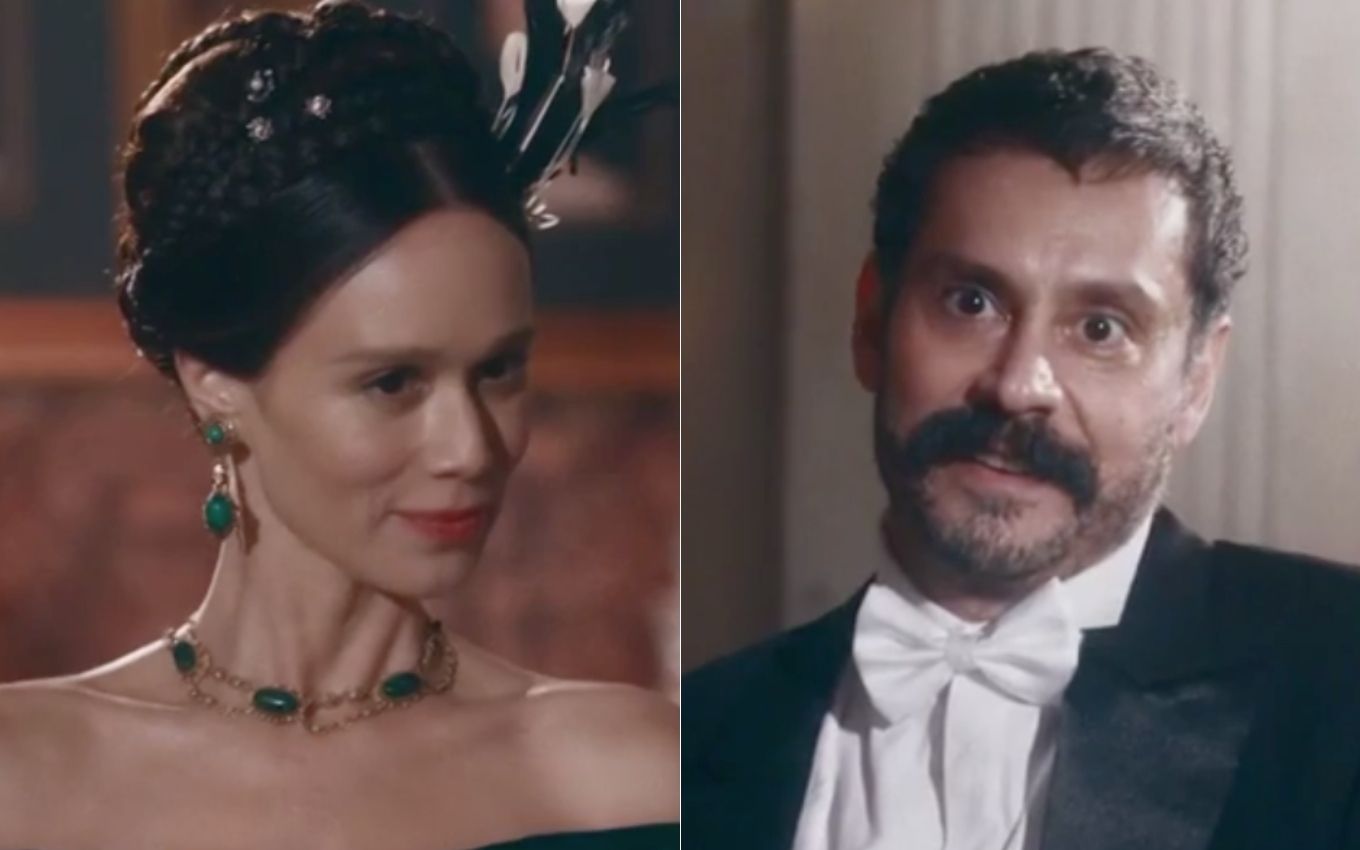 Luísa (Mariana Ximenes) will forget her good manners to give a lesson in Tonico (Alexandre Nero) in Nos Tempos do Imperador. The deputy will go beyond the limits and question the presence of Samuel (Michel Gomes) in the house of the countess. The braggart will imply that the musician is the noblewoman’s lover, who will slap him in the face in response.

This Tuesday (13), Tonico will be humiliated at the inauguration of Quinzinho’s casino (Augusto Madeira). The event will bring together the cream of society, and the antagonist will take the opportunity to stir up the woman who welcomed Pilar (Gabriela Medvedovski). “An absurd so much beauty alone around the salon”, he will say.

Dry, the governess will retort: ​​”I wasn’t alone. There are many friends of mine here. And some enemies too”, she will snipe. The deputy will not care about the debauchery and will pull the noblewoman to dance. Luísa will accept the invitation out of politeness.

The character played by Alexandre Nero will try to engage in an informal conversation. The countess will interrupt: “Dancing, that’s fine. Talking would be a little too much,” the woman will say, with good humor.

“Well, they say in the Recôncavo that the countess has hair in her nostrils…”, the deputy will comment, curious. Tonico will also question her about Pilar. “She’s at your house, isn’t she? That’s where….”, he’ll try to say.

“Pilar is my guest. And what does the deputy have with that?”, will ask the character played by Mariana Ximenes. The villain will be silent for a moment, but will use a new weapon to get something out of the woman:

It doesn’t look good for a woman without a husband with certain friendships. This Samuel frequents your house, right? Or is the little black boy having fun with the countess too?

Luísa will be irritated by such a lie and will give Tonico a nice slap in the face. The confusion will get everyone’s attention in the hall. “You are disgusting. Pilar did very well to leave you at the altar,” the Countess of Barral will shout.

Worried, Samuel will step out of his post as casino musician to defend his friend and will be treated with disdain by the villain. “Get out of here, black boy!” he’ll say.

The boy will be restrained by Luisa. “Don’t accept provocation, Samuel. Come with me,” she will ask. Nélio (João Pedro Zappa) will also appear on stage to get the boss out of there.