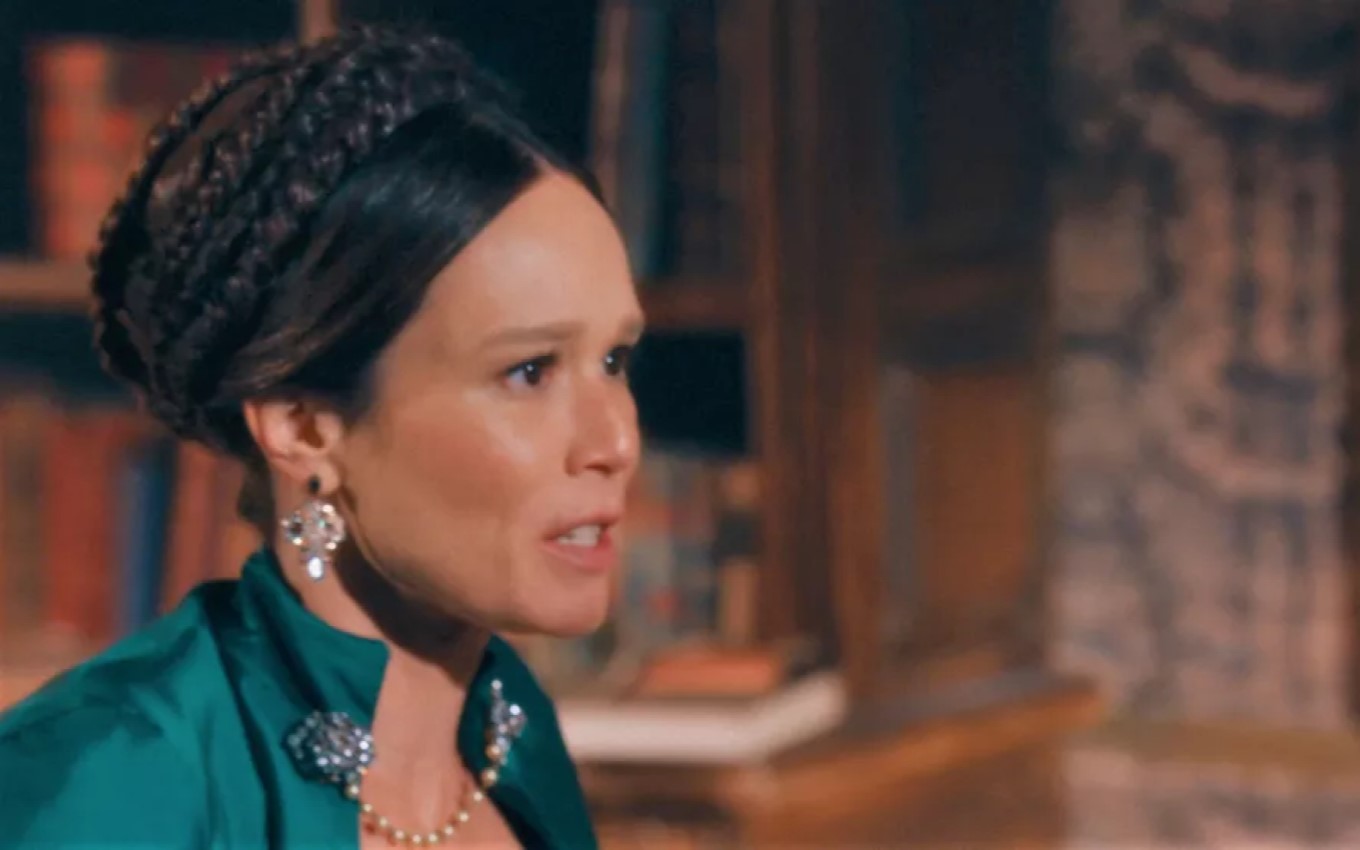 Luísa (Mariana Ximenes) will have a hard time in Nos Tempos do Imperador. The countess will kiss Dom Pedro 2º (Selton Mello) during a party and will have smudged lipstick. However, during an outburst with Samuel (Michel Gomes), she will be spotted by Pilar (Gabriela Medvedovski) — who, upon seeing the two together in a private room and noticing that the noblewoman has a foul mouth, will begin to think they are may have an affair.

In the next chapters of Globo’s six o’clock soap opera, the heroine will be incredulous with the scene. “I asked a question: what are you doing here? May I know?” They will give the young woman a miss, saying they were there because of a mess with Tonico (Alexandre Nero), but the girl will not be pleased.

“Did you fight with Tonico over the countess?” she will say to her lover. “Yes! He offended the countess,” the boy will reply. Later, the princess’ teacher will try to clarify what happened.

“We went there because of Tonico. Samuel was very nervous about the situation, I was worried and I took him out of the salon before he made a mistake and ended up losing his job”, will argue the emperor’s mistress.

“The lady’s mouth was smudged with carmine. As if she had just kissed someone,” Pilar will press. Luísa will then invent another excuse: “In the confusion with Tonico. When I slapped him, he tried to hold my hand. He must have bumped into my face.”

Realizing that Eudoro’s daughter (José Dumont) remains suspicious, the countess will be even more assertive. “Pilar, aren’t you imagining that Samuel and I…? Please, it doesn’t make any sense. Pilar! Look at me. That would be absurd,” he assured her.

The situation, however, will be Luisa’s misfortune. Later, Dolores (Júlia Freitas) will lie to her sister and say that she saw them kissing. When she remembers her bust, the girl will believe in the farce.