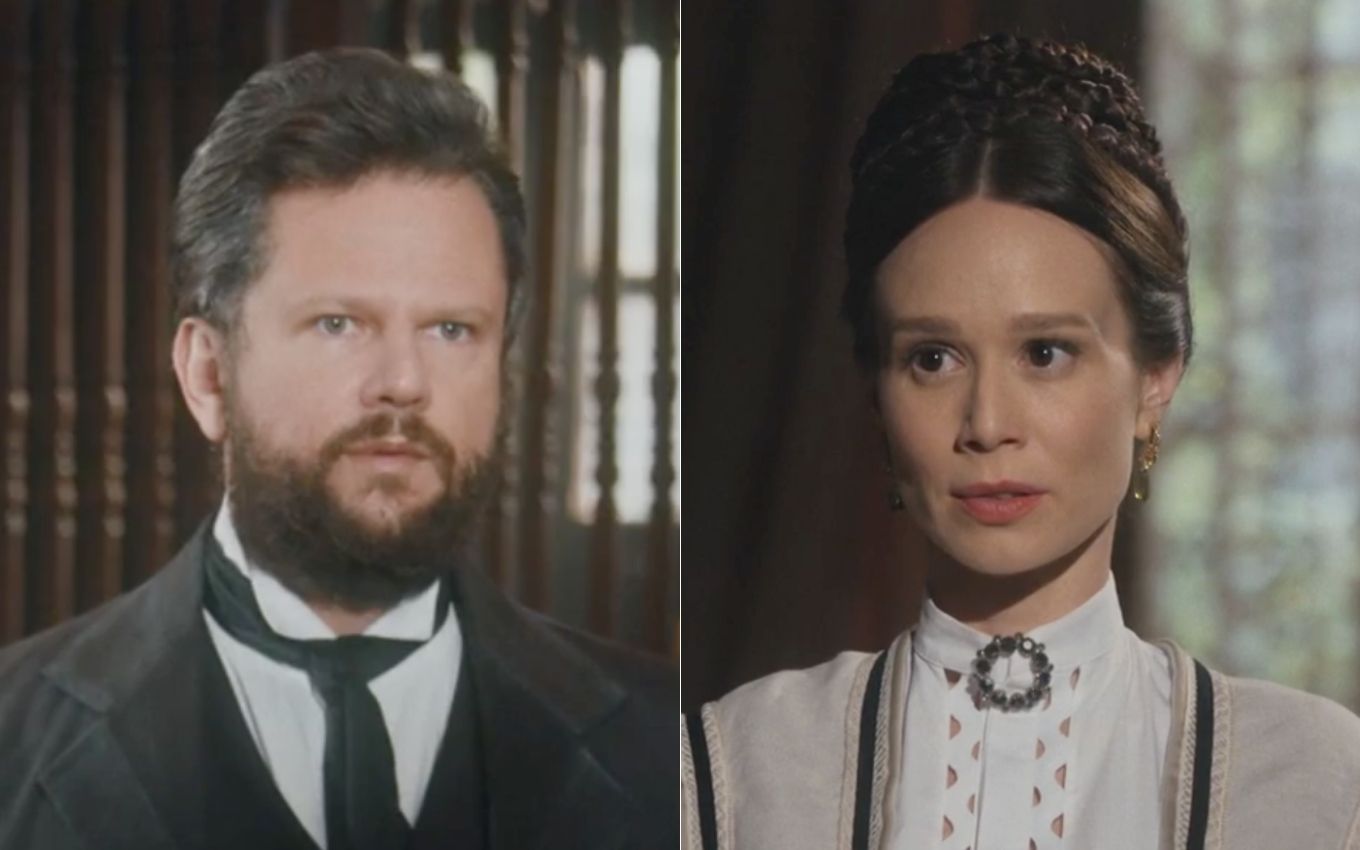 Dom Pedro 2° (Selton Mello) will bring joy to the women of Quinta da Boa Vista in Nos Tempos do Imperador. The protagonist of Globo’s six o’clock soap opera will refuse to agree with an idea of ​​Luísa (Mariana Ximenes) and will make her feel embarrassed. Teresa Cristina (Leticia Sabatella) and Celestina (Bel Kutner) will savor this moment.

Without consulting the empress, Pedro will decide to take the Countess of Barral on a royal trip to the Northeast under the pretext of not leaving Princesses Leopoldina (Melissa Nóbrega) and Isabel (Any Maya) without studying.

Luísa, then, will prepare to go with the imperial entourage and will have some ideas to leave Rio de Janeiro in style. The scenes will air this Monday (30).

“Your Majesty, it would be good to organize a farewell ball. How long has it been since you opened the Quinta’s halls? I myself miss this closer contact of the imperial family with the nobles,” he will suggest, with good intentions.

“I can imagine how much you miss European balls. And nobles…”, the empress will needling, but no one will listen. Pedro will draw attention by rebutting Luísa’s proposal: “This is nonsense”, he will retort.

The Countess of Barral will insist on the pompous idea and will list the reasons for such celebration:

The royal family is traveling together for the first time. Isn’t it cause for celebration? This is one of the pillars that sustain the monarchy around the world. People expect royalty to behave like royalty. They want to target someone. Emperors need to be admired in full dress.

“I’d rather be seen walking the streets in my frayed coat. I want the people to know that, even though I’m emperor, I’m just like them,” Pedro will return. The protagonist hates overspending and the sumptuous life of the nobility.

Teresa Cristina and Celestina will keep an eye on the discussion and will enjoy the tense moment between a couple of lovers. But Luísa will be bothered by the misunderstanding and will run to end the conversation.

“It was just a suggestion. Excuse me, the princesses are waiting for me for history class”, she will say, embarrassed. Pedro will do the same: “Since we are in agreement, I will do what I like best. Read in the silence of my office”, he will say.

Stone in the shoe

Away from her husband, the empress will unburden herself with the lady-in-waiting. “What harm have I done to God, Celestina? Why am I being punished in this way?” she will question, angry at Luisa’s presence on the trip.

“There must be a way to prevent the countess from traveling with us!”, the veteran will ponder. “What way?” retorted Teresa Cristina. The character played by Bel Kutner will instigate the Neapolitan’s curiosity: “I’m sure the empress, intelligent as she is, will find a way,” she concluded.