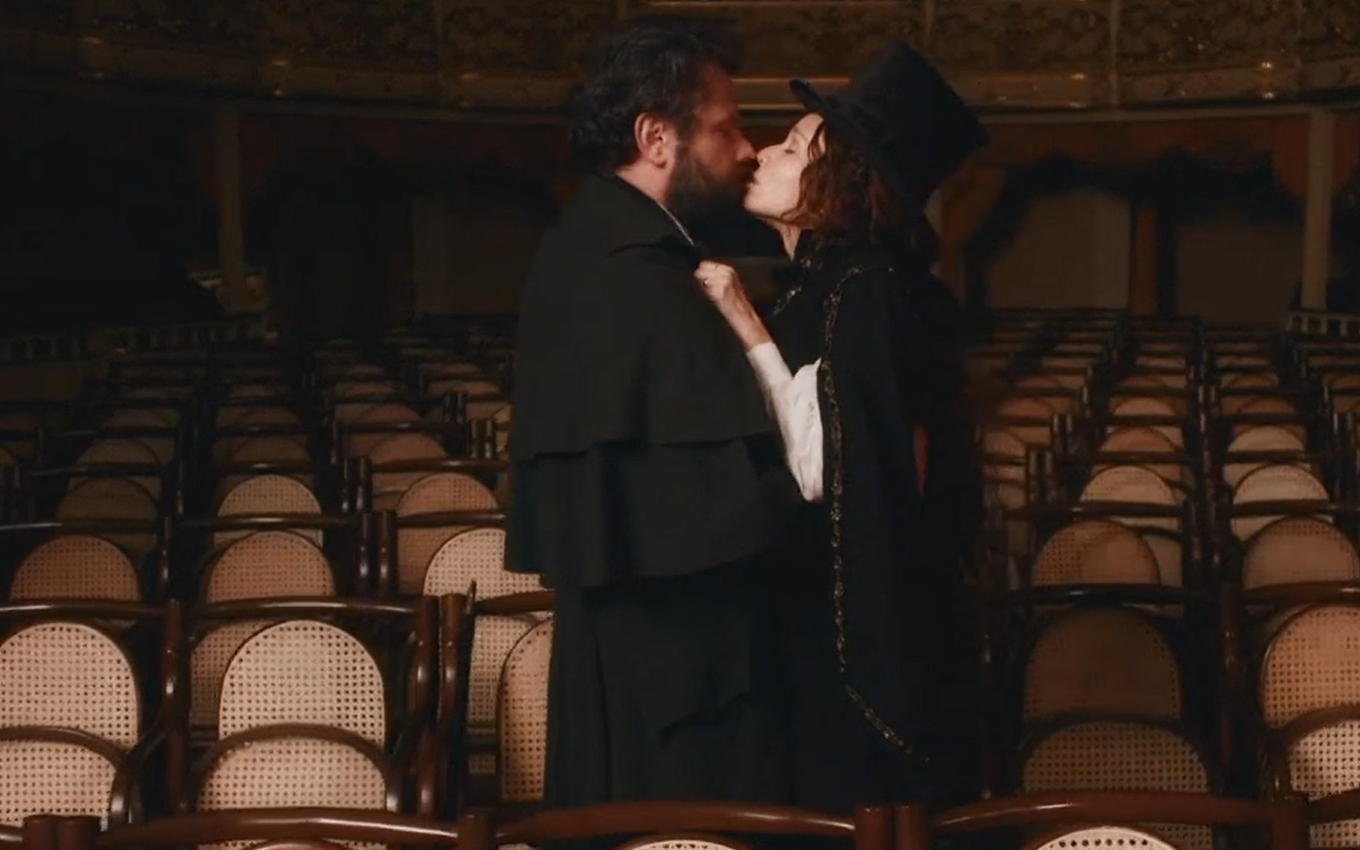 In this Thursday (9) chapter of Nos Tempos do Imperador, Pedro (Selton Mello) and Luísa (Mariana Ximenes) resumed their romance. The emperor also rubbed it in the face of his wife, Teresa (Leticia Sabatella), who loves his mistress. It turns out that the audience did not support the couple much, on the contrary, the lovebirds were detonated by the spectators, who took the pains of the empress.

In the very first scene, the lovers met and recognized that they were separated by a trap. “I am finally feeling what they call love,” declared the monarch. “Me too,” replied the Countess.

On networks, the couple was the target of several criticisms. The spectators could not accept the fact that the emperor continues to betray his wife. “Teresa, put your ass on these two suckers. The cloth is here to be ironed,” said a netizen named Aly.

“‘Oh, but Pedro doesn’t love Teresa’. He may not, but he should have a little empathy with the person he says is his friend and companion, the mother of their children!”, argued Cris. “I hate Pedro making my Teresa suffer”, emphasized Fabiana.

Interestingly, in Novo Mundo (2017), a previous issue by the authors of the current Globo telenovela, something similar happened, when the audience turned against Domitila (Agatha Moreira), lover of Emperor Dom Pedro 1º (Caio Castro), staying in the cheered on by his wife Leopoldina (Leticia Colin).

Check out some of the viewer comments below:

Empress Teresa Cristina, you are amazing. damn if the countess #NosTemposDoImperador

Teresa is very centered. The shack I would make is not even written#NosTemposDoImperador

Teresa undergoes so much humiliation and they still paint her as a villain
She just wanted to be loved by her husband, man#NosTemposDoImperador

IN THE TIMES OF THE EMPRESS

the countess speaks of the empress just from behind, right but she trembles at the base when she sees the magnificent Teresa #NosTemposDoImperadorpic.twitter.com/mXJauCEFPG

If Teresa kills the Countess until they get to Thursday, I’ll wipe it ok!#NosTemposDaImperatriz#NosTemposDoImperadorpic.twitter.com/JhsxdM7U67

“There but Pedro doesn’t love Teresa” he may not, but he should have a little empathy with the person he says is his friend and companion, the mother of their children!!
And that’s my opinion and everyone has their own!!#NosTemposDoImperador