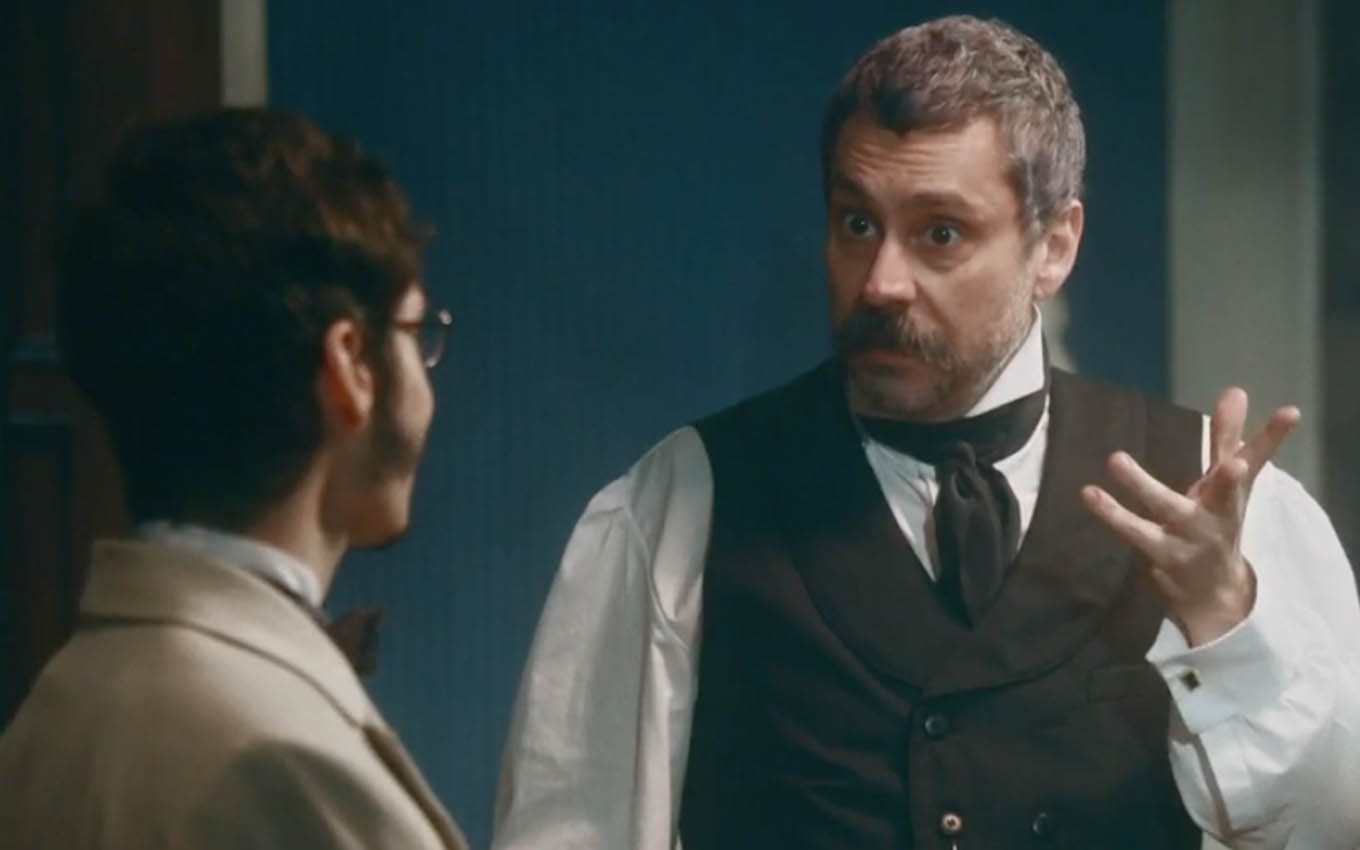 Tonico (Alexandre Nero) will go easy on forcing Nélio (João Pedro Zappa) to make room for Dolores (Daphne Bozaski) in Nos Tempos do Imperador. After falling in love at first sight, the lawyer will get closer and closer to Pilar’s sister (Gabriela Medvedovski) to the point of considering “putting the eye out” of her main ally in the Globo telenovela.

The boy even vacated his room in the nigga’s house to make him more comfortable with Eudoro’s daughter (José Dumont). Laughing, the bad character mocked the face of the faithful squire and encouraged him to stay under his roof, since there was no risk of anyone being interested in his bride’s “leap.”

The antagonist played by Alexandre Nero, however, will bite his tongue right on his wedding day. Dolores will draw the bachelor’s attention even though she was forced to enter the church in her torn wedding dress, barefoot and all smeared with mud after being kidnapped by her sister.

Nélio will be so enchanted by the girl that he will even blurt out a compliment right in front of Eudoro. “Did you speak to me?, the colonel will find it strange. “Your daughter, how she grew up. She’s become a woman,” the young man will repair. “A beautiful woman,” the defender will add, very quietly, just for himself.

Tonico himself will end up bringing Batista’s son (Ernani Moraes) closer to his wife in the scenes that will be shown next Wednesday (6)in the serials by Alessandro Marson and Thereza Falcão.

Shop bath in the ‘scarecrow’

Nélio will take Dolores to take a shower at the store at the behest of her boss, who will have taken advantage of Eudoro’s departure to humiliate his wife by comparing her to a scarecrow. “Are you crying because of your father?” the boy will ask. “Now that he’s gone, I’m alone,” the housewife will lament.

“You have your husband, Tonico. I know he’s a bit of a dork, but he’s your husband, isn’t he? Wouldn’t you like to buy a hat?”, the boy will offer. “Could be, that way I can hide my face. I’m ugly and dull,” the girl will mutter.

“That’s not true,” will release Nélio, who will turn red with embarrassment when he realizes that he has said too much. “How not? You yourself can’t look me in the face. You turn your face all the time,” Dolores will comment, not imagining that she aroused the law specialist’s passion.

“But that’s not the reason, not at all. It’s because I’m also ugly and dull”, will fire Bernardinho’s brother (Gabriel Fuentes), when making the young woman laugh for the first time. “You said it’s ugly and dull too, so you agree that I’m ugly and dull,” the newlywed will amend.

“That’s not what I meant. I was talking about me. You are, oh, I’m sorry,” Nelio will plead. “I think we should go in and buy a hat for each of us. Shall we?” will offer Daphne Bozaski’s character, when she finally stops crying.