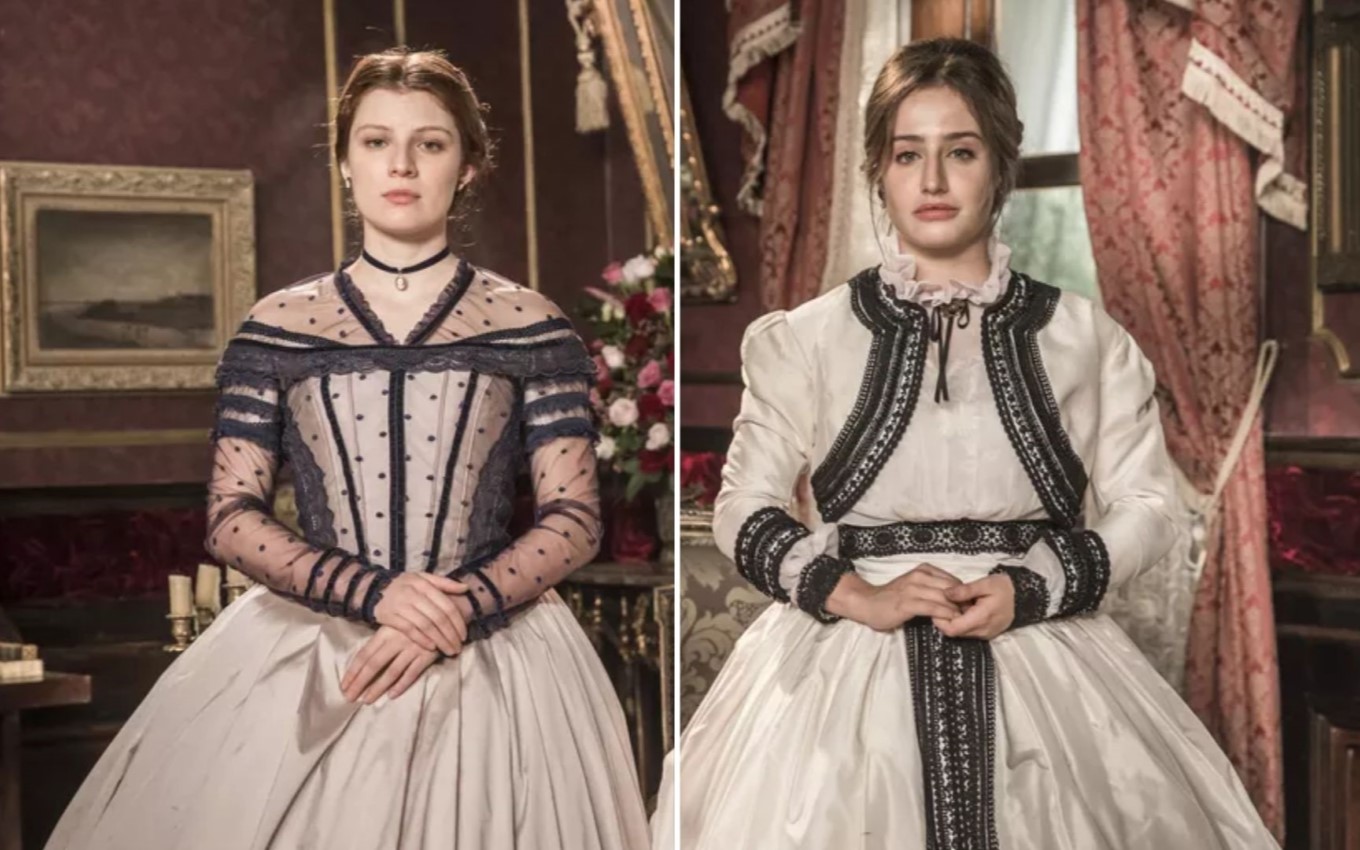 Isabel (Giulia Gayoso) and Leopoldina (Bruna Griphao) will be thrilled with the arrival of Pierre (Gabriel Falcão) in Nos Tempos do Imperador. The Prince of Orleans will go to the palace as the suitor of the eldest daughter of the family, but he will also charm his sister. The two will fight a real battle to win the boy in the soap opera of the six of Globo.

The serials by Alessandro Marson and Thereza Falcão will be broadcast for eight years, and the public will see the daughters of Dom Pedro 2° (Selton Mello) and Teresa Cristina (Leticia Sabatella) who are grown up. At first, the youngest will laugh at her sister’s nervousness for the date, but will soon find herself hypnotized by the new character.

In scenes that will air on the next 25th, Luísa (Mariana Ximenes) will have a hard time trying to teach, since both will only talk about Pierre. Isabel will think of a happy future with her cousin, but Leopoldina will snipe her: “He didn’t show any special interest in this marriage.”

The youngest will even insinuate that all plans can change and that the prince might be interested in her. To calm things down, the countess of Barral will cut the girls’ expectations in the bud.

“A royal wedding is, above all, a political arrangement, an agreement in which love, passion, unfortunately, do not always take part. Therefore, I would advise them not to cultivate the illusions of a fairy-tale princess”, concludes the mistress of Peter.