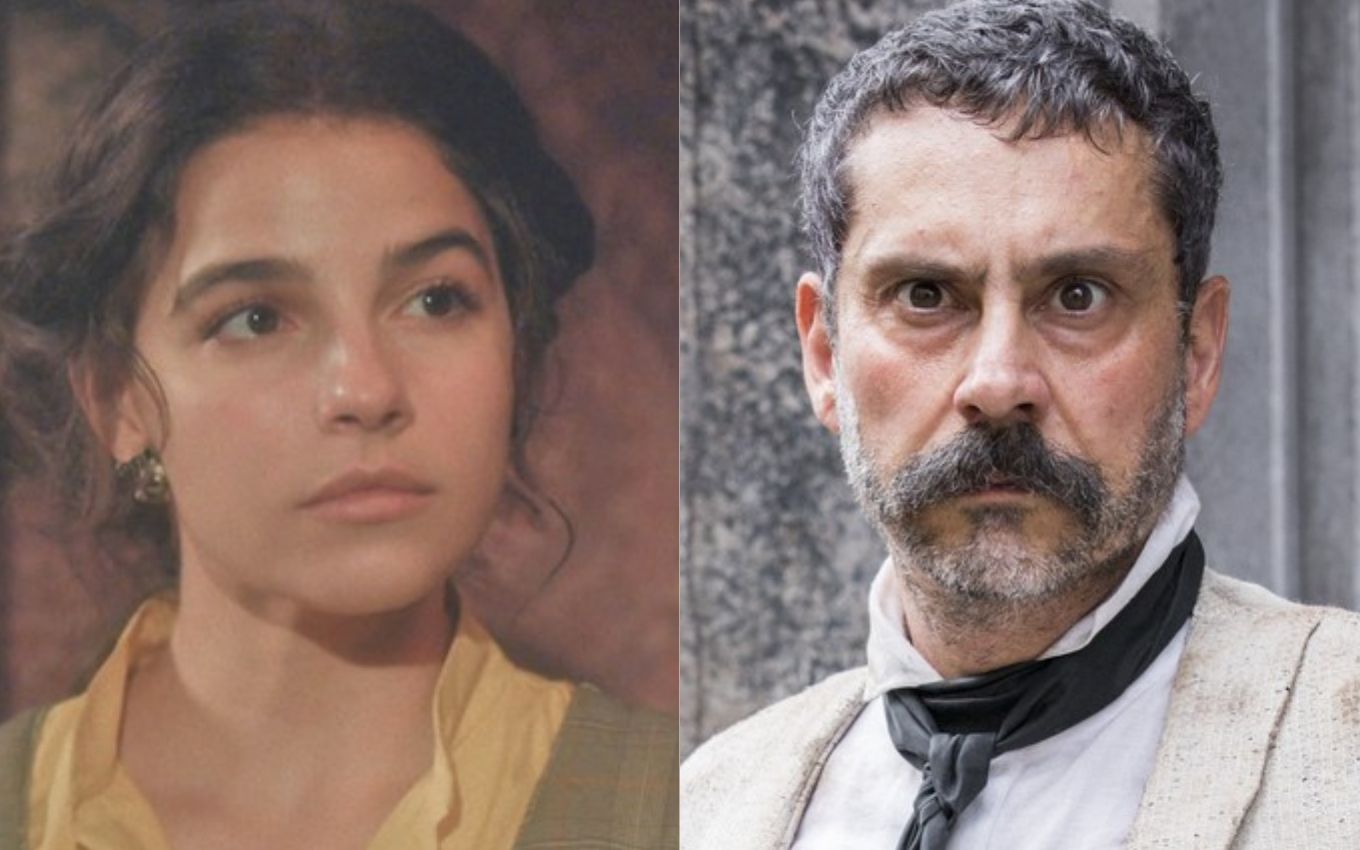 Pilar (Gabriela Medvedovski) will declare war on Tonico Rocha (Alexandre Nero) in the second phase of In Times of the Emperor. The first doctor in Brazil will be the victim of a fake news created by the villain in Globo’s six o’clock soap opera. She, however, will fight back and spit in the politician’s face.

In the scenes planned to air from of the chapter this Thursday (23), the owner of the newspaper O Berro will tamper with Nino’s (Raffaele Casuccio) story to detonate Dolores’ (Daphne Bozaski) sister.

“Oh, this news will come out, yes,” Tonico will say to the reporter, crumpling up the letter from Dom Pedro 2º (Selton Mello). “But forget about Pedroca’s nonsense,” he will add, who will dictate what the official must write.

The villain will publish the story full of false information about Samuel’s ex-fiancée (Michel Gomes). The corrupt will say that the young woman had an affair with a married man when she lived in Bahia. “It is regrettable that the emperor allowed himself to be deceived by the girl and to promote his studies abroad”, he will write in the text.

The antagonist will also take the opportunity to call into question the girl’s competence in exercising her profession:

Eudoro’s daughter (José Dumont) will be horrified to read O Berro. “But what is this? Who wrote this bunch of lies about me?” she will question. The professional will go to the newspaper and discover that the villain was responsible for the false news. “If this ragdoll doesn’t recant…”, she threatened, furious with the scandal.

The character played by Alexandre Nero will take advantage to try to recover his former bride. “Can the girl prove that what I wrote there is a lie? Let’s do the following: ask me for forgiveness, beg me to take you back”, will propose the canastrão.

Pilar will be furious at such blackmail. “The most you’ll get from me is this,” she finished, giving Tonico Rocha a nice spit.