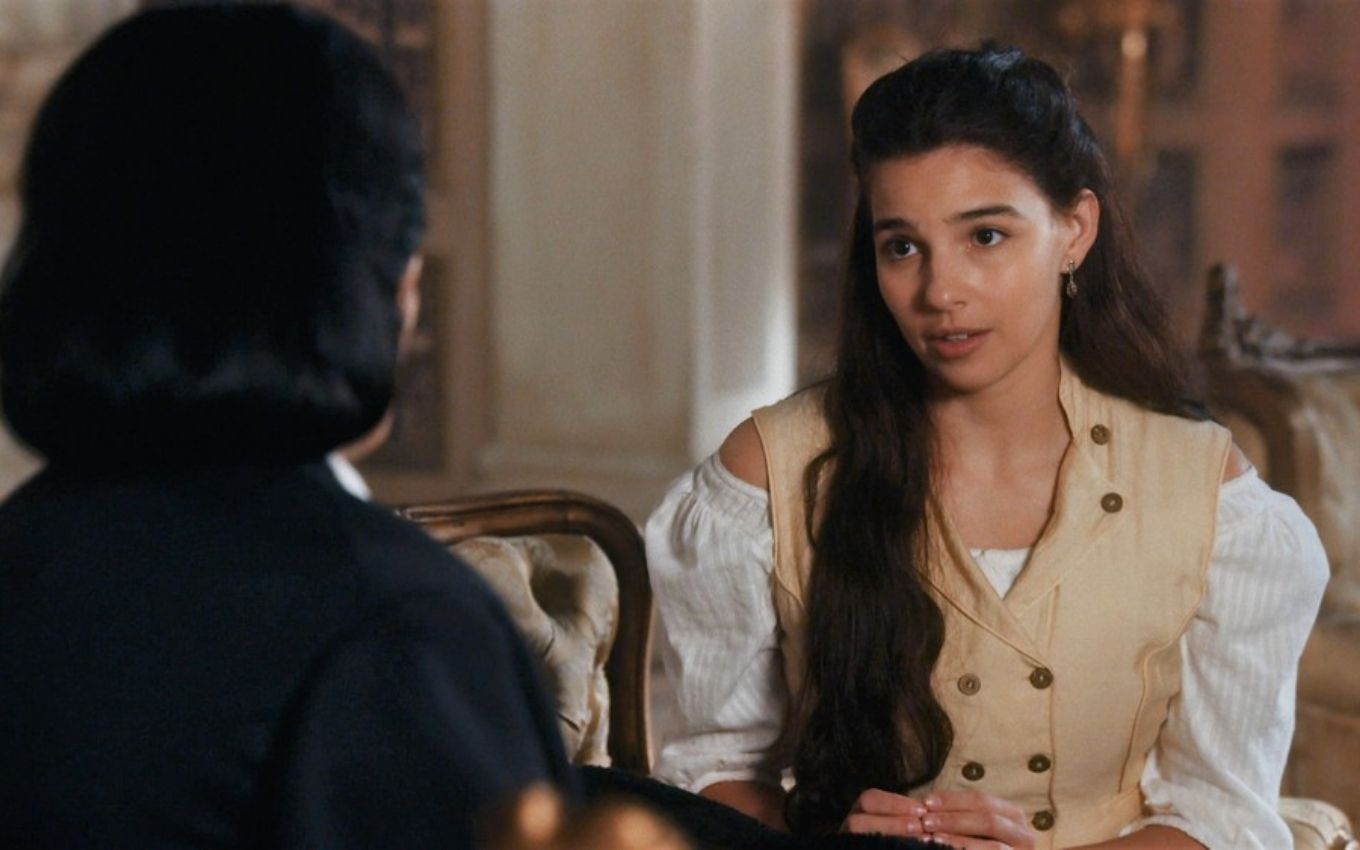 In Nos Tempos do Imperador, Pilar (Gabriela Medvedovski) will shock Teresa Cristina (Leticia Sabatella) by giving up her dream of studying Medicine to be with Samuel (Michel Gomes) in Brazil. The young woman will inform the monarch that she will not go to the United States and will explain that she chose to marry the musician in the telenovela at 6 pm on Globo.

In the chapter this Tuesday (14), the girl will go to Quinta da Boa Vista to thank the empress’s efforts so that she could be accepted at a college, which was unusual for women at the time portrayed in Alessandro Marson’s serials and Thereza Falcão.

“It was not easy to decide, Your Majesty. What are you and Don Pedro [Selton Mello] they did it for me… I don’t want to sound ungrateful, but I’m not traveling to the United States. I prefer to keep insisting here in Brazil”, will say the daughter of Eudoro (José Dumont).

The monarch will argue that in Brazil it will be very difficult for Pilar to attend an undergraduate degree. “We try very hard to make a Brazilian college
accepted, but it was impossible,” commented Teresa Cristina. The young woman, however, will claim that she will insist anyway, but her priority is her future husband.

“If you’re sure about that. You know, Pilar, I didn’t have a choice. Marriage for me was an imposition. You were born free and choose to marry instead of fulfilling your dream”, will advise the Princess of Naples, without hiding her disappointment with the girl.

The young woman will declare herself about the musician. “Samuel is also a dream. And at his side I will continue to fight,” the midwife will say, shortly before catching her fiance in suspicious behavior with Luísa (Mariana Ximenes) and becoming dead with jealousy.