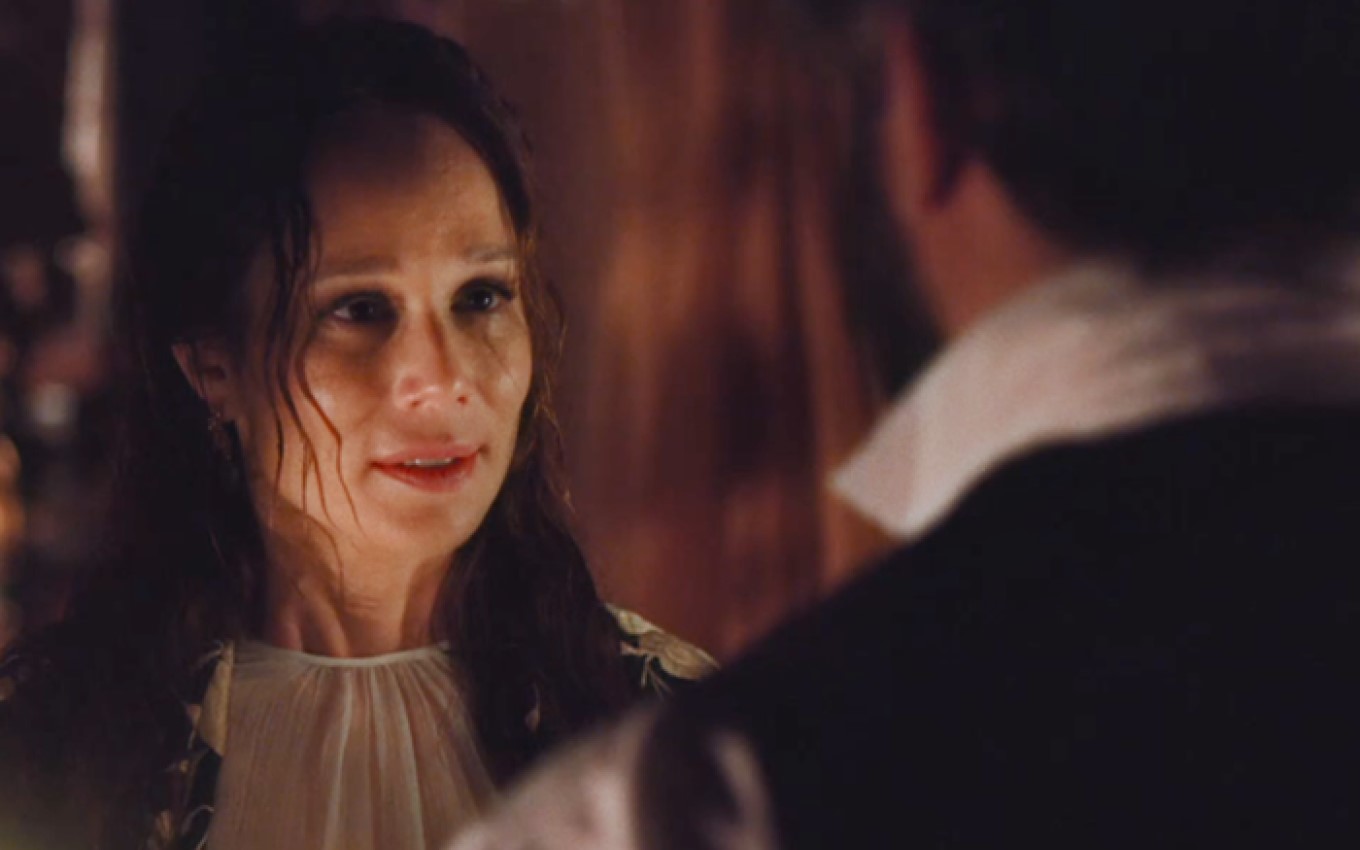 Luísa (Mariana Ximenes) will fall out with Dom Pedro 2º (Selton Mello) and will end up receiving a threat in Nos Tempos do Imperador. Pregnant, the Countess of Barral will not agree that her lover assume the paternity of her bastard son in the six o’clock soap opera on Globo. Angry, the monarch will say that the governess of the princesses is forbidden to leave Rio Janeiro.

In the scenes planned to air in the October 4th chapter, Eugênio’s wife (Thierry Tremourox) will give her answer to Pedro, who will have gone to his lover’s house to tell him that he will follow the example of his father, Dom Pedro 1º (Caio Castro), in relation to his lover, Domitila de Castro (Agatha Moreira ) and her half sisters, and will assume the fruit of the extramarital relationship.

Pilar’s former mistress (Gabriela Medvedovski) will call the emperor’s decision unwise, as she and the royal family would suffer consequences. The protagonist, however, will show no signs of going back. “You are a strategist! But you have no right to decide the fate of our son,” he will say.

“I don’t have the right?”, the nobleman will question, a little altered. “I will not allow this child to live in the shadows, without my recognizing him as mine, because you have decided”, will retort Teresa Cristina’s husband (Leticia Sabatella).

Mariana Ximenes’ character will ask her lover to leave, as she doesn’t want to argue. The monarch, however, will threaten the countess before leaving: “The child you are expecting is mine! You are forbidden to leave Rio de Janeiro.”