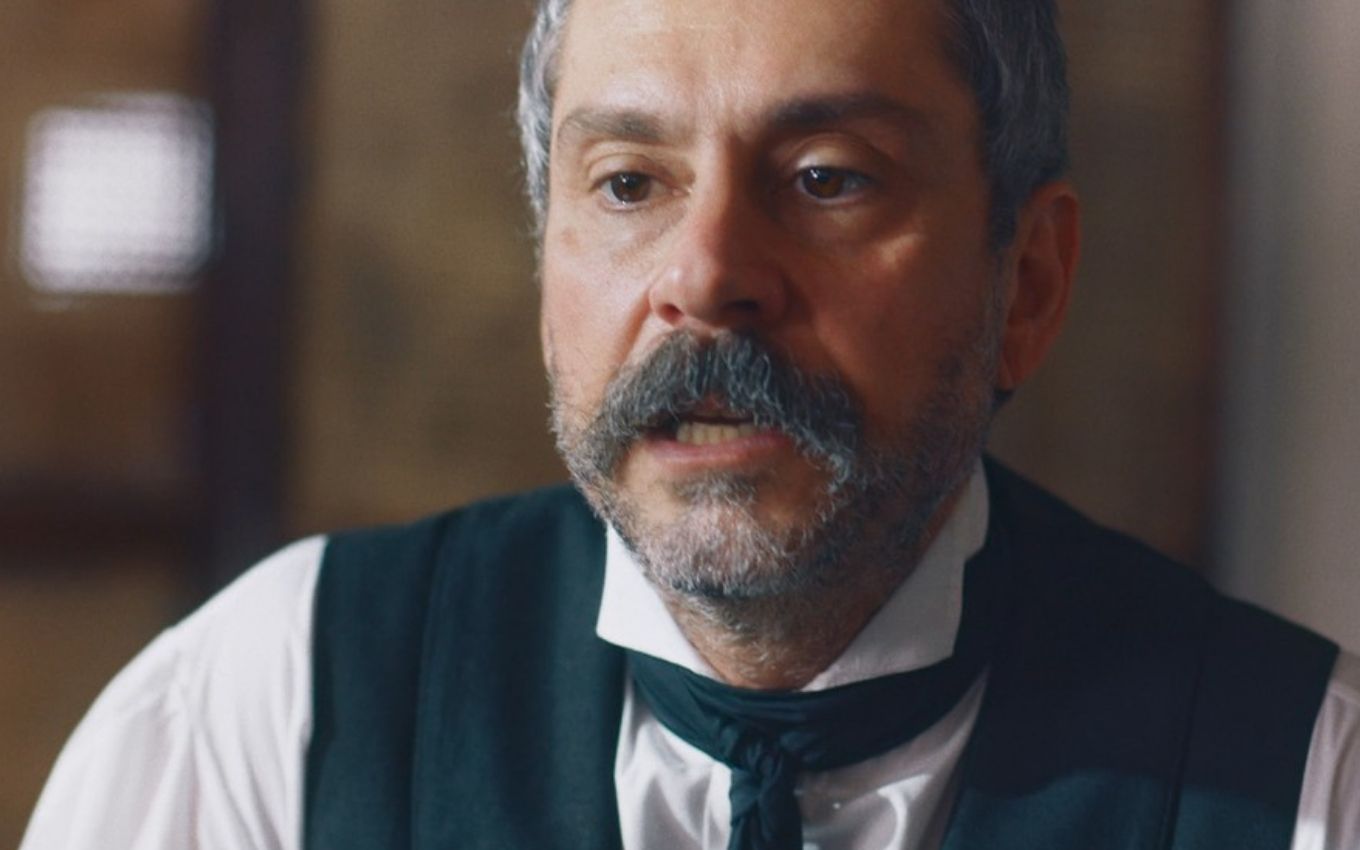 Tonico Rocha (Alexandre Nero) will do badly on his first night with Dolores (Daphne Bozaski) in Nos Tempos do Imperador. Pilar’s sister (Gabriela Medvedovski) will refuse to consummate the marriage and will say that her husband will not lay hands on her. The villain will be surprised by the attitude of the young woman in the telenovela at six on Globo.

The drama of the youngest of Eudoro (José Dumont) will start from from the chapter of Monday (27). The colonel will take his daughter with a suitcase and gourd to Rio de Janeiro to marry the owner of the newspaper O Berro. Upon arrival, the two will catch the politician with a prostitute.

Without overcoming the fact that he was abandoned at the altar by Pilar, the archrival of Dom Pedro 2º (Selton Mello) will call the first doctor in Brazil to be the godmother of his wedding in the wednesday chapter (29).

The girl, however, will face him: “Well, try to get your pangaré out of the rain, Tonico, this wedding won’t happen! Never! I’ll stop it, whatever it takes!”

A little later, Samuel’s ex-fiancée (Michel Gomes) will offer to marry the villain in place of the youngest. The request will be refused by the rogue, who will say that he prefers to make her suffer for having to see Dolores with him. “You worm! This marriage won’t happen,” Pilar will promise.

Luísa’s former employee (Mariana Ximenes) will plot a kidnapping with the help of Guebo (Maicon Rodrigues). On the day of the wedding, the doctor will be able to kidnap her sister at the door of the church in the scenes scheduled to air on Saturday (2).

Eudoro will send the henchmen to go after the carriage, and Dolores will revolt against her sister. The girl’s father will be able to take her back to the church to fulfill the agreement with the deputy.

The evil one will marry the character of Daphne Bozaski, but she will lock herself in the bathroom during the wedding night. “You’ll never lay a finger on me, Tonico, never!” she’ll scream.