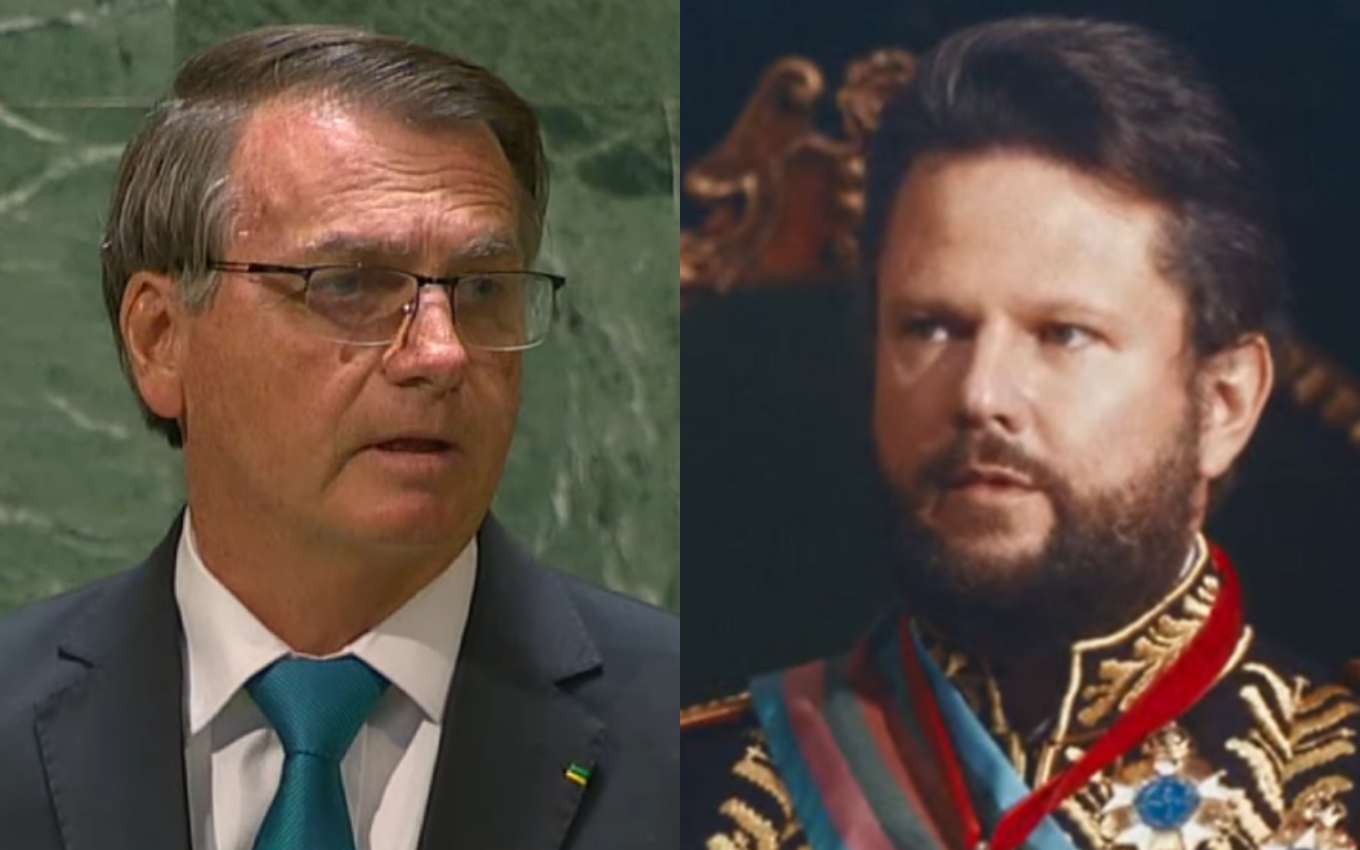 From the first scenes of Nos Tempos do Imperador, it’s clear that authors Thereza Falcão and Alessandro Marson want to send a message to today’s politicians. In Globo’s six o’clock soap opera, Dom Pedro 2º (Selton Mello) is presented as a fair and wise leader, who does everything to protect his people, in addition to releasing phrases that are clear pins to the current president of Brazil, Jair Bolsonaro. However, the plot idealizes the historical image of the monarch and ignores some of its biggest flaws.

Author of several books about the country’s history, former presenter of the painting É Muita História, by Fantástico, and owner of the Buenas Ideias channel, journalist Eduardo Bueno emphasizes that he would like to see some counterpoints in the plot.

“It’s obvious that the soap opera is an idealization. But I think it should, at least, give a hint of Dom Pedro’s ambiguities. There’s a half-sanctified side to him there,” says the writer.

The problem, Bueno describes, is that despite his qualities, Dom Pedro 2º is a figure who spoke a lot, but acted little in causes he supposedly defended. “What has to be clear is that he was against slavery, but he never abolished slavery,” he emphasizes.

This point is also addressed by Pedro Luís Puntoni, professor of the History department at USP (University of São Paulo) and doctor in Social History. The academic says, for example, that he is unaware of any public speech that Dom Pedro II made to call for an end to slavery in the country, and that it was very comfortable for the emperor to speak privately to intellectuals.

“Don Pedro goes there, has tea with Victor Hugo [escritor francês] and says, ‘Oh, what a horrible thing slavery is, I hate slavery.’ So why didn’t slavery end? Why didn’t it have political strength? The vision they paint of him, who defends this idea of ​​Dom Pedro as a liberal man, is that he was loved by the population. So why didn’t he end slavery? It was his daughter who ended up [princesa Isabel] when he was out of Brazil”, stresses Puntoni.

According to the professor, there is a speech that the emperor was unable to take different attitudes due to what he calls the “center of the time”, in reference to the dominant parliamentary group in current Brazilian politics. However, this would be an implausible justification.

Arthur Lira can be against the dictatorship and does not put impeachment to be voted. I’ve never seen Sarney say he’s in favor of misery, nor Bolsonaro say he wants people to die with Covid, but that’s what he’s doing. Dom Pedro 2º could even say that he was in favor of the end of slavery, but the clothes he wore, the dinners he attended, the palace where he grew up, were all paid for with money from slavery. Was it the center of the time that prevented abolition? Couldn’t he do anything to avoid it? It’s small talk.

Puntoni goes further and states that Dom Pedro 2º also turned his eyes to other serious issues that occurred during the Second Reign (1840-1889), such as the extermination of indigenous peoples in the national territory.

“The emperor sponsored the Indianist authors, who wrote poems denouncing the violence practiced against the Indians in the colonial period. But what about the violence that the Indians lived in the 19th century, under the emperor’s beard? The Indians were being slaughtered throughout Brazil. But when if he were to talk to Victor Hugo, he would say: ‘What a horrible thing, the indigenous people being killed. I’m a liberal man’. I think it’s paradoxical,” he argues.

Although Dom Pedro has many flaws, both Bueno and Puntoni agree that there is a gulf between the emperor and the current president.

Bueno recognizes that the two have points in common, like a dependence on a ruralist caucus of deputies. However, he cites differences between the two, such as the fact that the monarch was averse to guns, something that is shown in Globo’s six o’clock soap opera.

“In fact, he loved science, he didn’t like guns, he was a thoughtful man. He was a person totally linked to science and to what it could best bring to Brazil and the world,” he explains.

Interestingly, he details an episode in which the emperor also had to deal with an outbreak of a contagious disease, as is happening today.

“Dom Pedro 2º had to face an outbreak of terrible yellow fever in 1850, in which the agency responsible for Brazilian public health acted with immense inefficiency. With the disaster that was the disease, and the economic consequences, the emperor carried out a major reform in the Brazilian public health, which would give rise to the Ministry of Health years later”, he details.

Puntoni follows the same line: “Poor Dom Pedro, a cultured, educated man who sponsored science, created schools. Excuse the curse, but Bolsonaro is an energetic, unclassified person. Someone committed to the worst. I don’t think there’s even a comparison”.

In this sense, Bueno defends that the telenovela is even used to face the current Brazilian leader. “That’s good, I’ll give you strength! Anything against Bolsonaro is valid. He’s the most disqualified president of Brazil,” he says.

In addition to Nos Tempos do Imperador, there is a historical aspect that glorifies the figure of Dom Pedro II, in order to place him as one of the last great rulers of Brazil. Eduardo Bueno clarifies that this is due, in part, to the fact that the monarch was responsible for telling his own story.

The journalist also says that the problems faced after the establishment of the Republic, in 1889, contributed to this, in addition to a manipulation of history books carried out during the period of the Military Dictatorship (1964-1985).

The Republic in its early years is disastrous. It is a dictatorship with Deodoro da Fonseca, one of the worst presidents in Brazil. Here came a nostalgia for Dom Pedro. This is introjecting itself from Brazil in an incredible way. When the 1964 military coup came, with the manipulation of school books, Dom Pedro was co-opted by the military.

Pedro Luís Puntoni also explains that the turbulent years of the Republic’s implementation contributed to the creation of a nostalgic image of the times of the Empire.

“There is a movement, a force from the right and the far right around these figures. There is a resumption of this dimension, of a centralized power, of a unified and pacified Brazil, which is the image we have of the monarchic period”, he declares.

“The Republic is in fact dizzying: many crises, many coups and conflicts. It is, despite everything, the moment of emergence of citizenship. The emergence in the political arena of poor populations makes the history of our Republic very turbulent and violent. No that the Empire was not, but some nostalgic people look to the past and observe in the 50-some years of the reign of Dom Pedro II a moment of great stability. But this is a false image”, highlights the academic.