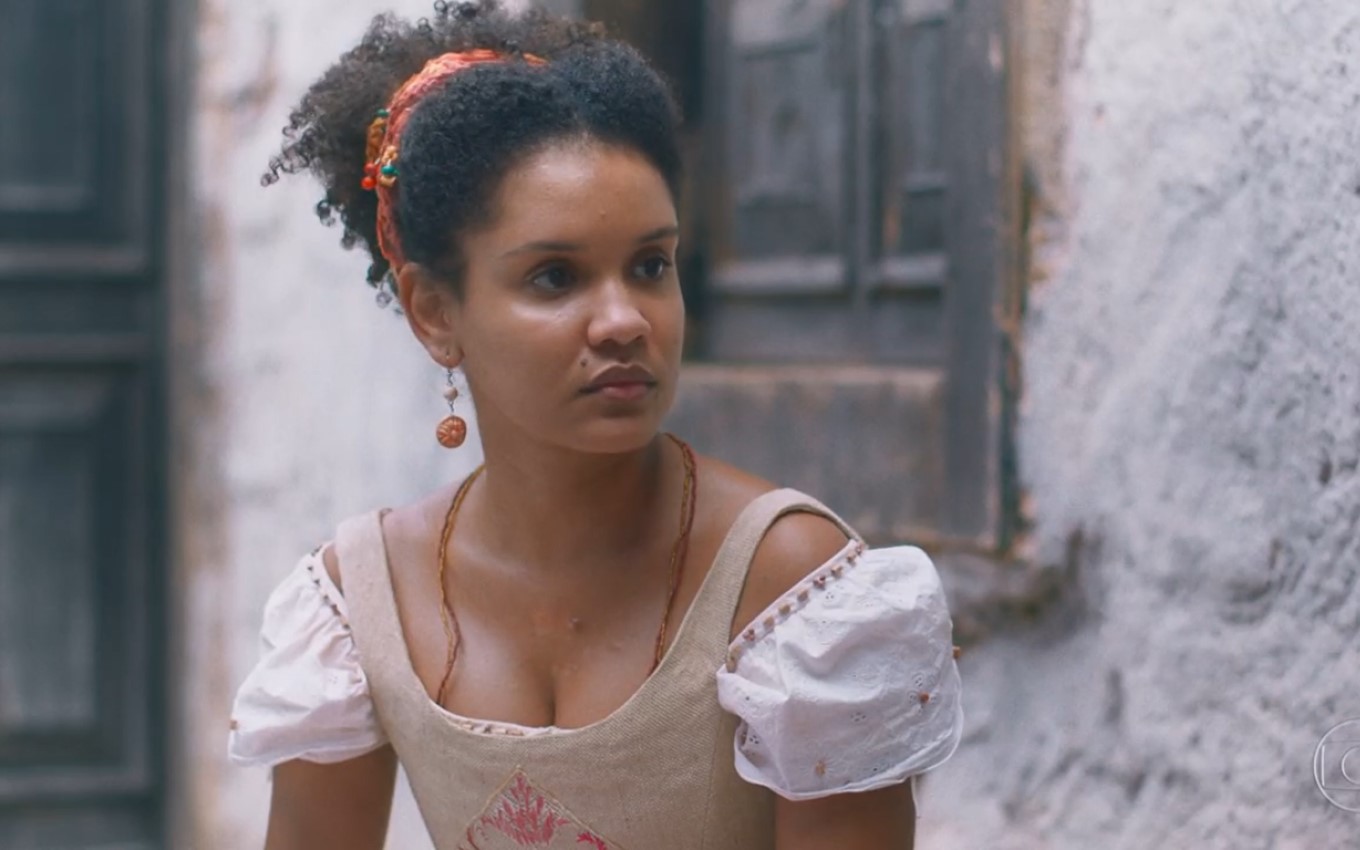 Zayla (Heslaine Vieira) will be disappointed by Samuel’s (Michel Gomes) decision to postpone the wedding in Nos Tempos do Imperador. Because of racism, the engineer will be without a job and will advise the bride that she cannot afford to pay the rent. The princess of Little Africa will try to convince the boy to change his mind and will tell that even Tonico (Alexandre Nero) is married.

Michel Gomes’ character was turned down at the Public Works Secretariat because of the color of his skin and despaired of the lack of opportunities in his field of work. He will ask to change the date of his union with Dom Olu’s daughter (Rogério Brito), but she will be afraid of being replaced by Pilar (Gabriela Medvedovski).

In a scene that will air this Tuesday (28), Samuel will tell Zayla that he won’t be able to support a home. “With me unemployed, we’re going to have to postpone our wedding. In a little while I won’t even be able to pay the rent on the house I’m living in”, laments the musician.

The angry young woman will seek some alternative solutions to not run the risk of losing her fiance. First, he will suggest living with his parents right after the ceremony and then he will think about asking Don Pedro 2° (Selton Mello) for help.

“To marry without me having a support, and still be a burden to Don Olu and mother Candida [Dani Ornellas], no way! The emperor has already helped me a lot, and I want to win by my ability. Today I got a door in my face, but another one is going to open!”, the former escriizado will affirm.

Zayla will then argue that even the villain in the Alessandro Marson and Thereza Falcão plot will marry. “I learned today that he’s scheduled to be married. And you can’t imagine who: Pilar’s sister!” she will announce. Samuel will be surprised by the news.