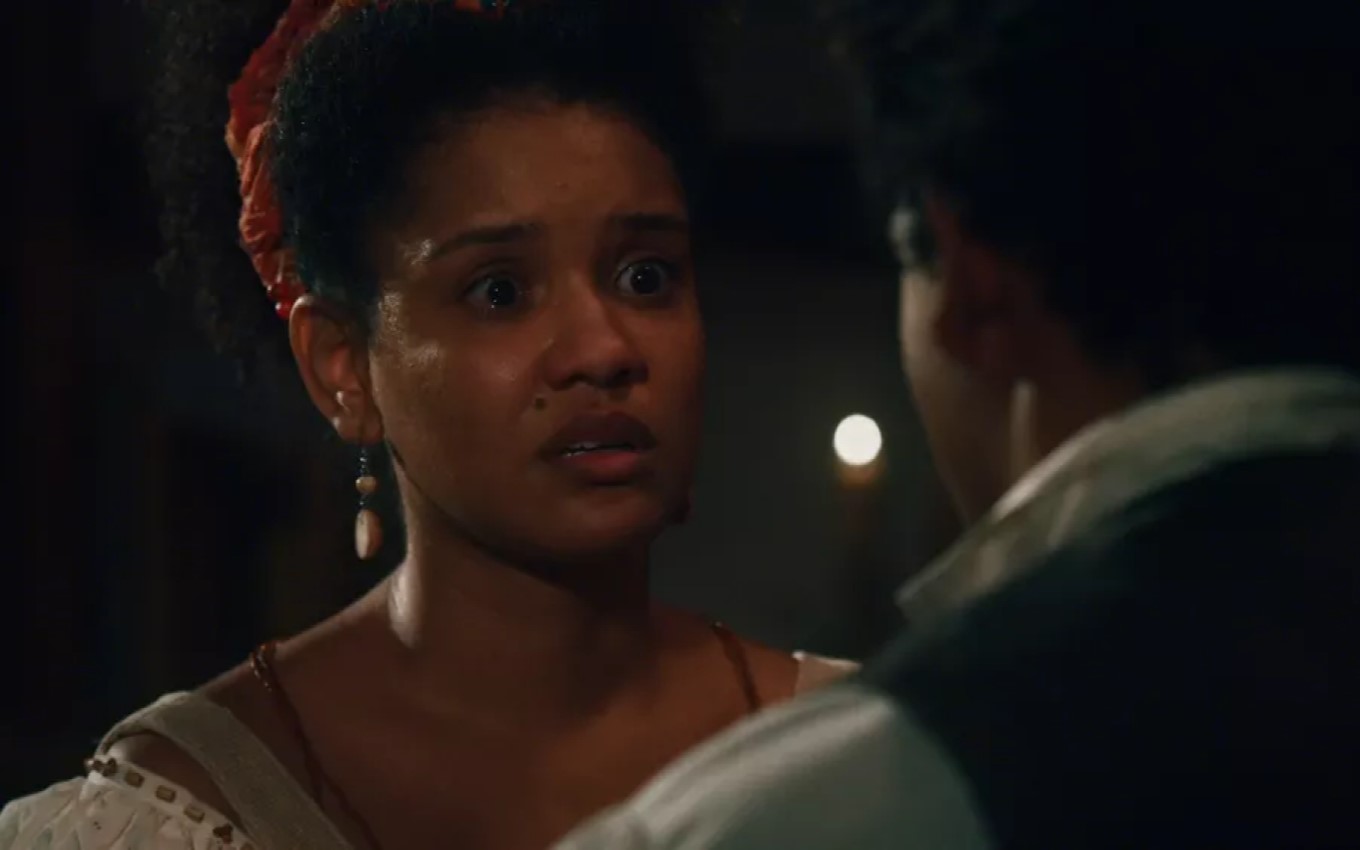 Samuel (Michel Gomes) will decide to break off his relationship with Zayla (Heslaine Vieira) for good in Nos Tempos do Imperador. The engineer will go back on his decision to live far from Pilar (Gabriela Medvedovski) and will explain to his fiancée that he always loved the first doctor in Brazil. However, it will be difficult to contain the anger of the Princess of Little Africa in the six o’clock soap opera on Globo.

After seeing Eudoro’s eldest daughter (José Dumont) bleed to death, Michel Gomes’ character realized that he could not escape the love he feels for her. He took her to the hospital and since then he’s been waiting for her to wake up so he can declare himself.

In scene that will aired on this Thursday (14), the ex-musician will break up with Zayla. With difficulty accepting the boy’s initiative, she will beg for another chance and kneel at his feet.

Noticing Samuel’s determination to return to Dolores’s sister (Daphne Bozaski), Dom Olu’s daughter (Rogério Brito) will have a tantrum and slap the engineer. In addition, she will make a point of reminding you that the health professional did not believe in him:

“Pilar abandoned you! I’ve always been by your side and now you want to go back to her? No! I don’t accept! I don’t accept”, she will say, screaming.