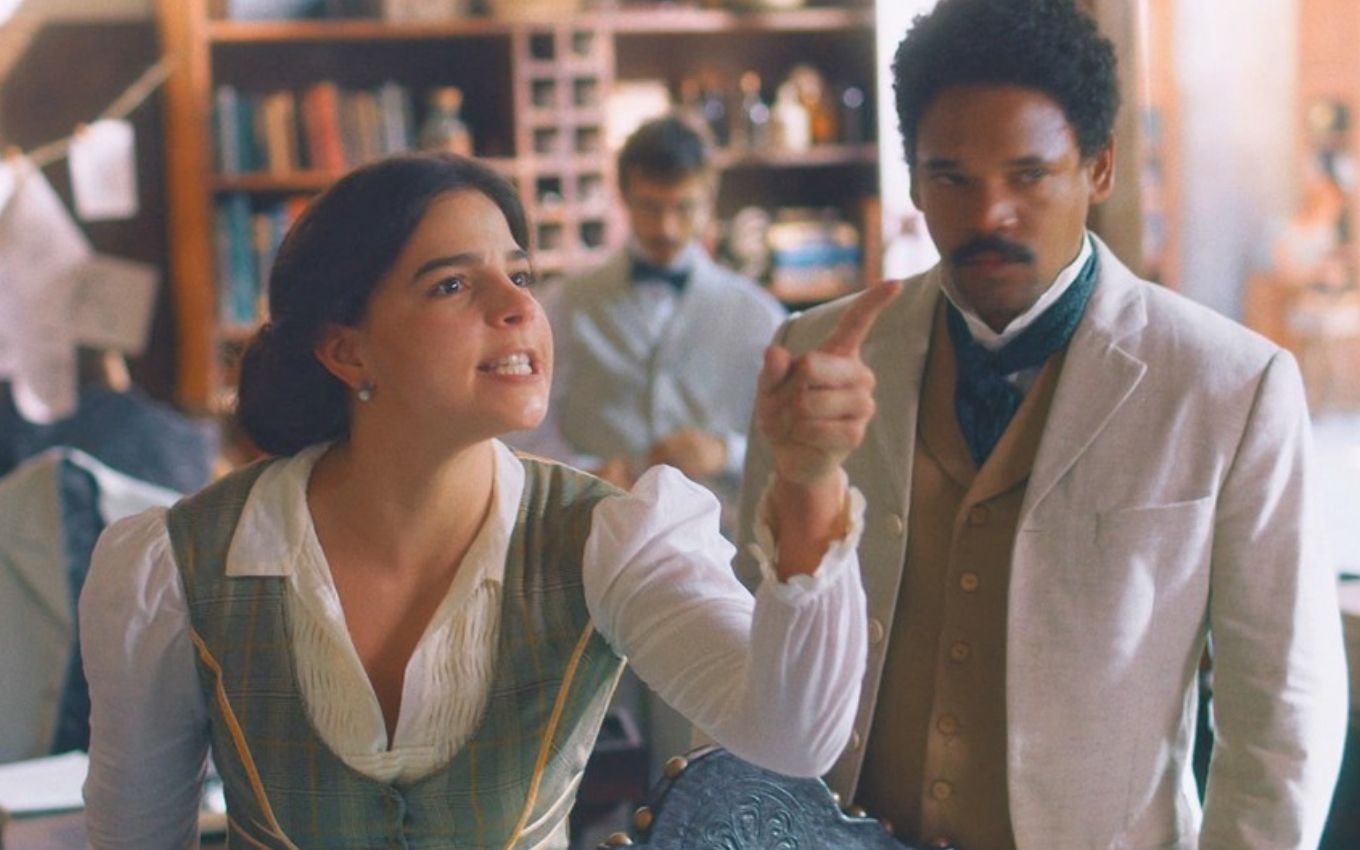 Pilar (Gabriela Medvedovski) will have a reckoning with Tonico (Alexandre Nero) in In Times of the Emperor. The tantrum, with the right to spit in the villain’s face, will take place after the doctor is vilified with a story full of fake news published by the owner of the newspaper O Berro in the telenovela at six on Globo.

In the scenes planned to air in the chapter this Friday (24), Eudoro’s daughter (José Dumont) will be horrified to read the story full of false information about him. The corrupt person will accuse the young woman of having violated the values ​​of the traditional Brazilian family.

“With honor covered by mud, the father disowned his daughter who came to the capital to try for a living. The public money that could be applied here, in the education of men we can really trust, was thrown in the garbage. in fact, what is expected of a decent woman is that she exercise her role of wife and mother, before any other”, will be written in an excerpt of the text.

The antagonist will also take the opportunity to call into question the girl’s competence in exercising her profession. Revolted by the insinuations, Samuel’s ex-fiancée (Michel Gomes) will go to the newspaper’s editorial office to demand satisfaction and will be even more furious when she discovers that the author of the offenses is the deputy elected by Bahia.

“You will swallow every one of these words! You monster! Ordinary! Bandit!”, the young woman will scream, who will throw objects at him and even spit in the politician’s face. Also target of Tonico’s offenses, Samuel will arrive at the place to demand satisfaction and will witness the scene.

Debauched, the villain will call Pilar “crazy”. “You are witnesses to this madwoman’s attack. Can a ‘doctor’ unbalanced like that take care of someone’s health? Write this down, Nino [Raffaele Casuccio]”, he will order or arduous.