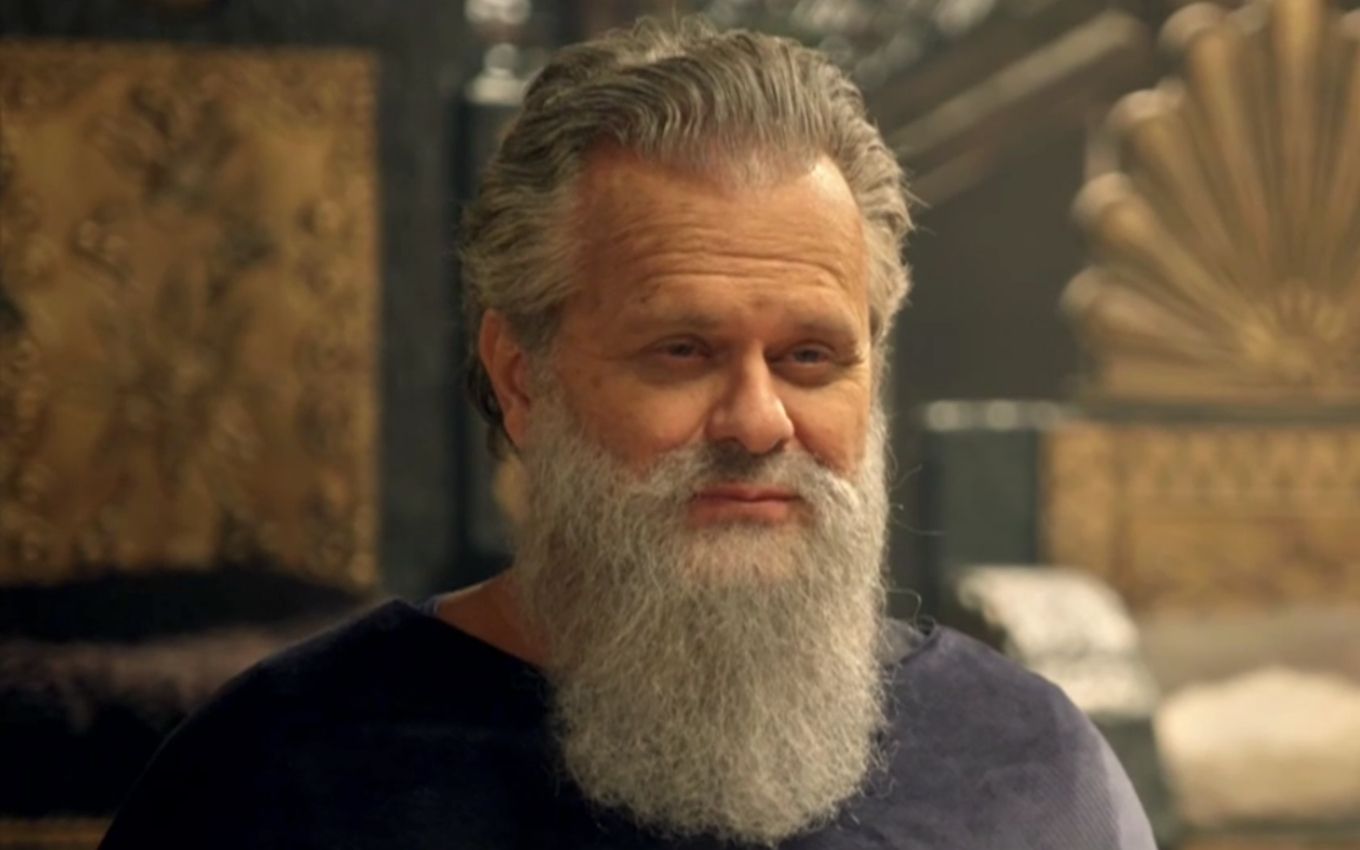 King Abimelech (Leonardo Franco) will be accused of murder in Genesis. Hanna’s husband (Yris Sampaio) died early in the marriage, and the girl was kidnapped by the king to become his concubine. Bachir (Caetano O’Maihlan) is the real criminal and will plant the lie to reach the throne of Gerar. He committed the crime because he fell in love with Michal’s granddaughter (Christina Amadeo).

Omar’s father (Marcello Airoldi) will get his absolution next Monday (5) in the biblical booklet. At this point in the plot, the son of Iris (Isabel Wilker) will have tried to make Hanna’s head so that she would kill the poisoned king, but the plan will fail.

Before the crime takes place, the monarch will have explained to the girl that he only took her for himself so that he could investigate the man’s true murder. Najla’s (Virginia Cavendish) husband feared that the criminal would marry Hanna shortly after her widowhood. Abimelech’s frankness will have made the girl give up on the plot with Bachir.

Thus, Chaim’s daughter (Tadeu Aguiar) will realize that the ambitious young man is her husband’s true tormentor. She will join with the rest of Gerar’s court to teach a lesson on the antagonist played by Caetano O’Maihlan.

Bachir is the real criminal

Hanna will plan a private meeting with the man and make him say that he intended to kill Abimelech by poison. “Traitor! Assassin! I’ve wanted to be king all this time!”, yells Nader (Cristiano Garcia), as he emerges from his hiding place.

“You were never worthy of the throne of Gerar, Nader! Dirty, mixed blood! Shame on the Philistines!”, Bachir will retort, surprised. Uncle and nephew will begin to duel with their swords, and Leora’s son (Simone Soares) will win the fight.

“You don’t have to choose death, Uncle Bachir. You have the right to be judged by my grandfather,” Nader will say. The son of Iris will pretend surrender and will take the opportunity to take Hanna hostage. The ambitious one will put a dagger in the girl’s neck: “I prefer to go to the land of the dead. And the traitor will go with me”, will mock the villain.

Before harming Chaim’s heiress, the antagonist will be hit by Michal’s arrow and release the young woman. “Get your dirty hands off my granddaughter“, will scream the daughter of Helda (Izabella Bicalho).

The character played by Yris Sampaio will be rescued and will distil her hatred for her husband’s murderer. “I’m only satisfied when this unfortunate man confesses to everyone that he killed my husband and blamed the king,” he concluded.