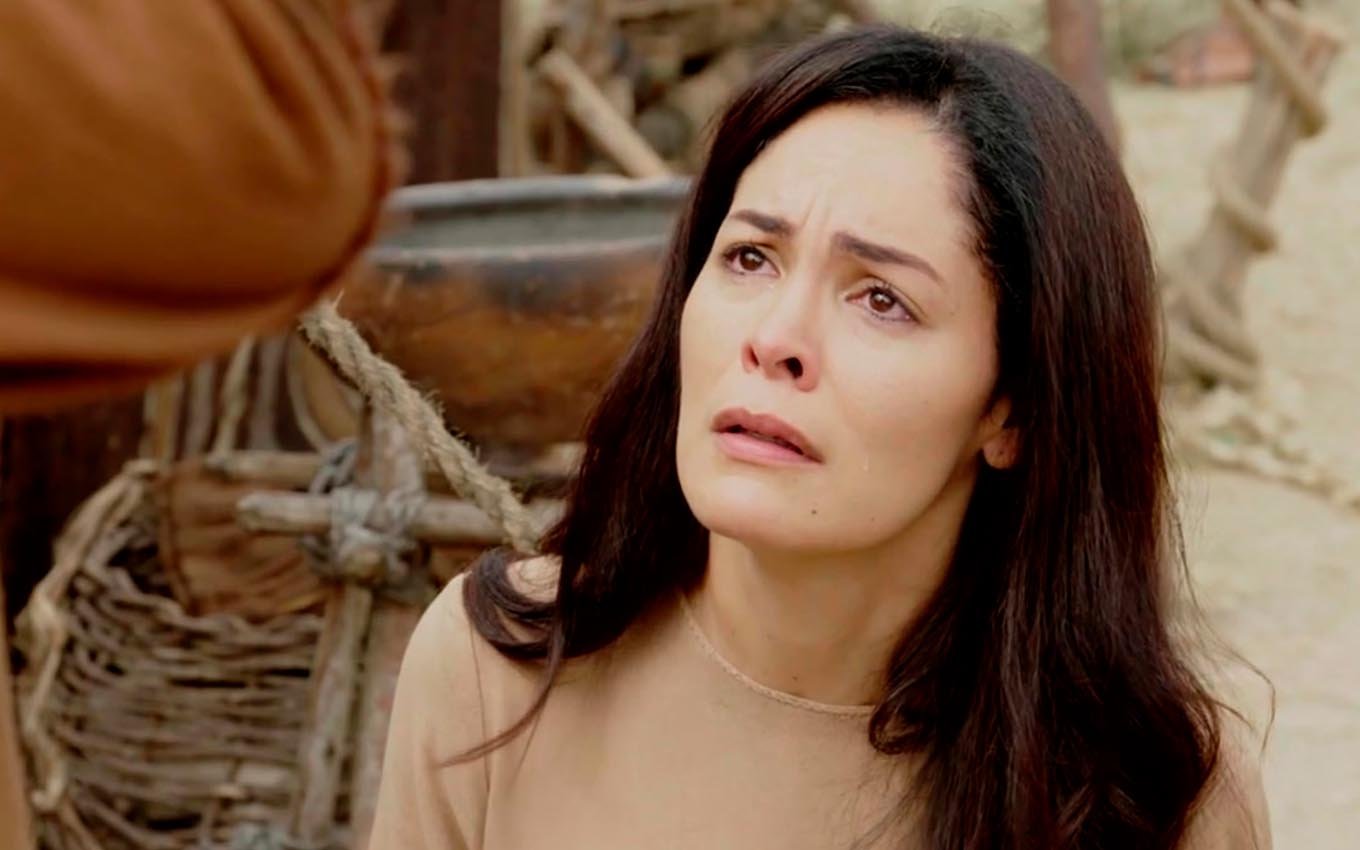 Life has never been easy for Hagar (Hylka Maria), but she will be given a “teaspoon” at the time of her death in Genesis. After being expelled by Abraão (Zécarlos Machado) and pilgrimage for years in the desert alongside Ishmael (Henrique Camargo/Iano Salomão), the servant will again come face to face with Bakari (Paulo Lessa) in Record’s biblical novel.

The couple fell apart in the first chapters of the fifth phase of the serial by Camilo Pellegrini, Stephanie Ribeiro and Raphaela Castro. She served as a lady-in-waiting for queens Khen (Pérola Faria) and Aat (Bianka Fernandes), while the military was one of the main men in the Army of pharaoh Amenemhat 3º (André Ramiro).

Bakari was sent to the ends of the kingdom in search of a healer capable of healing the wounds God had sent against the Egyptian nobility, but he never returned to the palace. He was brutally murdered by Massa (Marcos Winter), who cut his arm and stuck two swords in his chest during a fight.

Expelled from Egypt and forced to serve Sara (Adriana Garambone), Hagar waited years for her groom to come and fetch her from the oak groves of Mamre (Danilo Sacramento). She only learned of her tragic fate almost two decades later, when Adalia’s husband (Carla Marins) confessed to the crime and fulfilled a promise he had made at the warrior’s grave.

Hagar became interested in a man again when she became involved with Abraham, not imagining that the patriarch would represent her downfall. She gave the prophet an heir, who gave in to the woman’s whims by leaving her to her own devices with Ishmael in inhospitable territory.

The public will discover that Hagar was saved by God and led by Gabriel (Paul Dalagnoli) back to Egyptin the scenes that will be shown from this Friday (11). Not only will she find shelter in the old kingdom, but Ishmael will also become one of Pharaoh’s chief emissaries — and one of the most powerful men in the Old Testament.

The slave will say goodbye to life right after Sarah, who will die in the arms of Abraham and Isaac (Dani Gutto/Guilherme Dellorto). Unlike her rival, she will find herself alone in the last moments and then will be surprised by the appearance of Bakari.

The scripts to which the report had access, however, do not make it clear whether he is a ghost, a delusion of Agar or whether the general survived the assassination attempt.