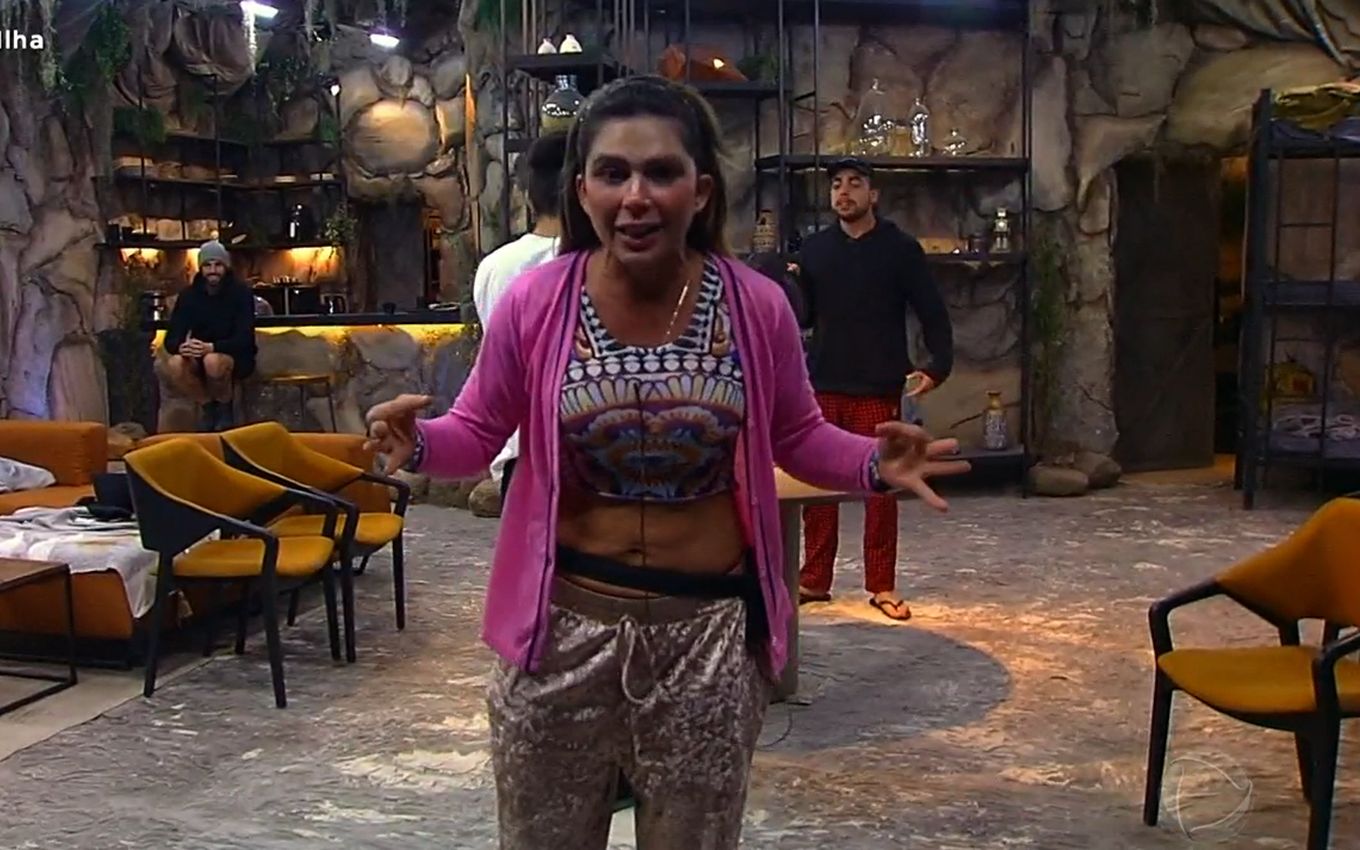 The rivalry between Nadja Pessoa and Lucas Selfie caught fire at Ilha Record this Monday (6). The influencer accused the youtuber of psychological aggression after he opened the Exile Cave bathroom door while she changed her clothes. The two argued and declared war on each other.

The shack started while Nadja was in the bathroom. According to Selfie, she has a “different relationship” with the room. “She likes to stay two hours, three hours, a long time [lá]. And when you’re in a collective relationship, that’s kind of difficult,” he explained.

Since all of the exiles had had a bit of a drink that night and were tight, Lucas went to the bathroom door and knocked on it to get Nadja to vacate the toilet. After the first slap, however, the door opened. Nadja closed it again, with repeated kicks. “Jeez, it’s going to break,” observed the former Panic.

“The door was open or it was barely closed, I don’t know what happened. And then, when I knocked on the door with my hand, it opened,” he said. “When I had finished putting on my clothes, Lucas slapped the door with his hand and opened the door, even with it locked,” replied the businesswoman in her statement.

Thomaz Costa tried to go after his friend in the bathroom, but she was rude to him. “Leave me alone!” he demanded. After explaining that he was not responsible for opening the door, Larissa Manoela’s ex walked away. Nadja then left the room and went straight to one of the cameras to complain about the situation.

Confronted by Mirella Gêmea Lacação, Lucas justified himself by saying that the one who puts up psychological pressure is Nadja. He pointed out that she has been doing this since the beginning of the reality show, and that she has now found someone capable of matching her.

Check out the videos of the confusion:

“This is psychological aggression,” said the @nadjapessoa_ over the @lucasmaciel. Me and @oficialnanah said that the actress is the one who had the wrong attitude with the @anyborgesreal. Go to https://t.co/aETZz312g4 to watch #TryNaIlha me me! pic.twitter.com/9pmTp6lRDb