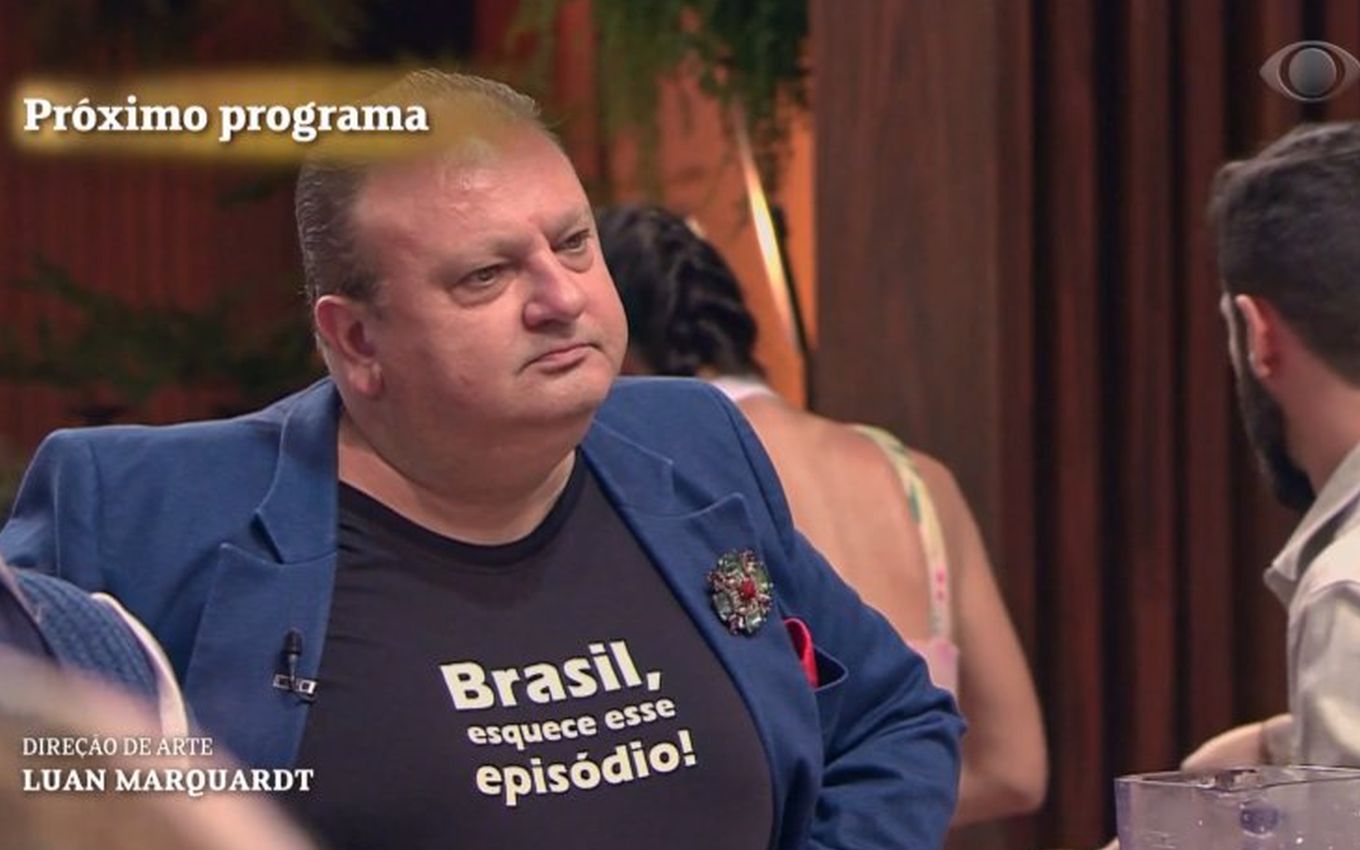 The Tuesday (13) edition of MasterChef Brasil delivered that Erick Jacquin fulfilled his promise to make a t-shirt with the phrase “Brazil, forget about this episode”, said by participant Cristina. The excerpt appeared at the end of the culinary reality show, when the production announced what will happen in the next program.

Although the judge’s attitude hasn’t aired yet, the public has already turned the joke into a meme on Twitter. The internet user identified only as André was thrilled to see that Jacquin fulfilled his promise. “Jacquin too iconic, he made the shirt even with the phrase [risos]”, he wrote. “The shirt has already rolled”, completed the follower Nicolas Trindade.

Cristina was featured in the second episode of the eighth season of MasterChef Brasil. During the first tasting of the night, the participant’s meat was criticized by the chefs, and she reacted with humor. “Brazil, forget about this episode”, he joked.

Jacquin liked the expression she used and said: “I will make this shirt”. The candidate’s sympathy even with the negative ratings was praised by fans of the reality.

The Bahian was saved by competitors who were on the mezzanine level moments before the elimination. With that, the participant Gabriel was chosen to leave the program.

Check out the repercussion of yesterday’s program below:

Jacquin too iconic, he made the shirt even with the phrase kkkkk #MasterChefBRpic.twitter.com/Zoe3q615IX

The shirt has already rolled haha

Hahaha and Jacquin with the shirt written next week hahaha

a camiseta do Jacquin

HAHAHAHAHA REALLY today was not your day Cristina .. “Brazil forget about this episode” 😂 #MasterChefBRpic.twitter.com/IkTpWDamng

Damn… what a good phrase:
– Brazil, forget about this episode!