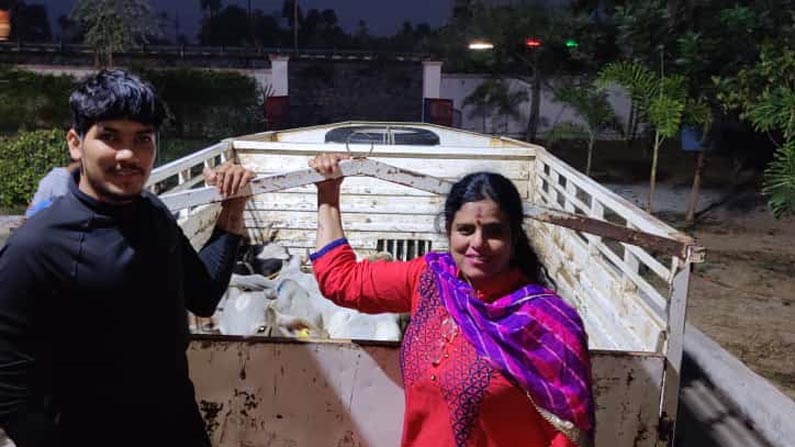 Karate Kalyani: Some actors are erasing the old belief that the movie is just heroes in front of the camera. Real heroes appear in real life while continuing to be actors on screen. Many see Sonu Sood as a god who helped thousands during the lockdown. Actress Karate Kalyani is fighting for her social issues, though not in that range.

Karate Kalyani along with some youths rescued cows being smuggled to the slaughterhouse. Karate Kalyani has proved that movie stars are not only involved in fun activities but also have social responsibility.