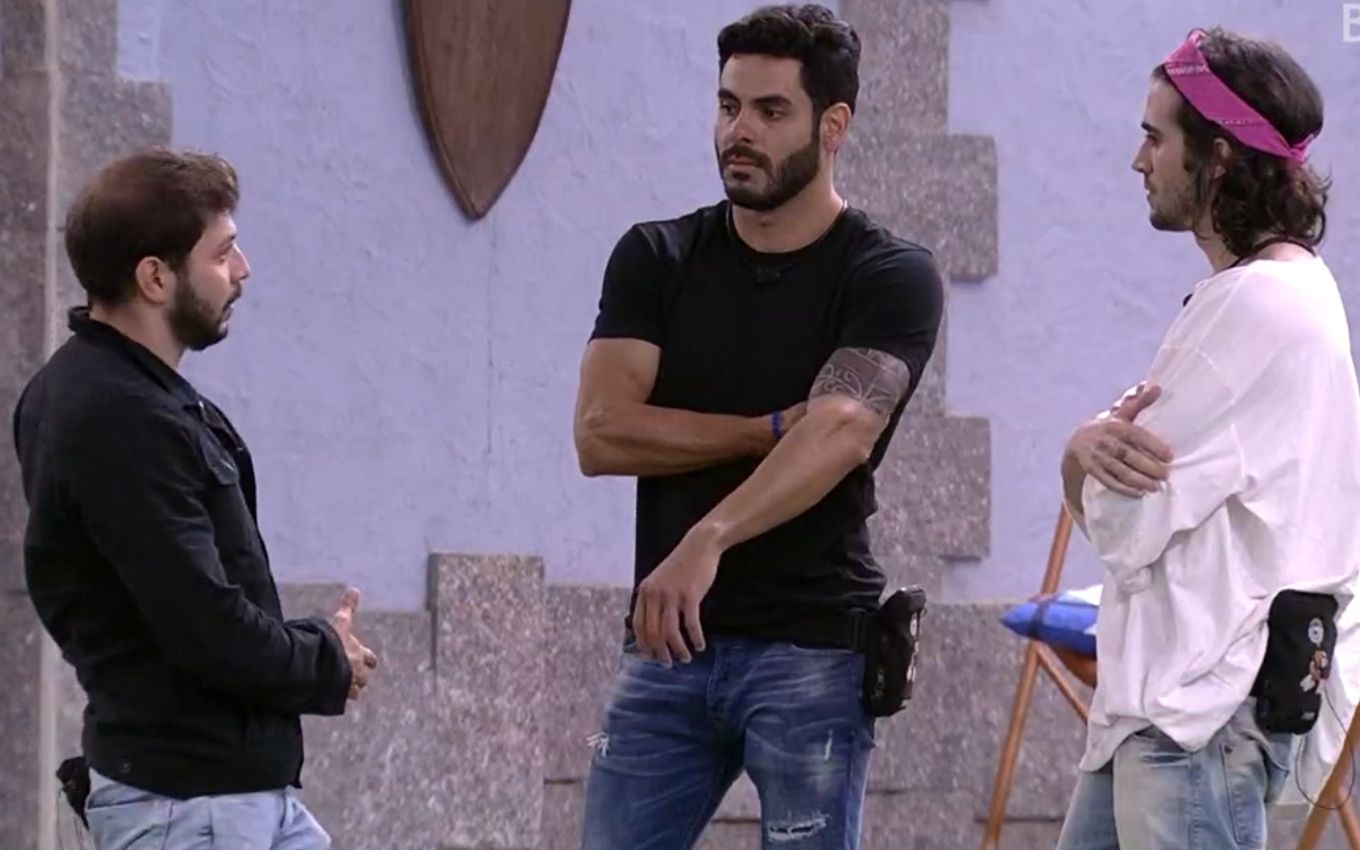 Without knowing about the false elimination of Carla Diaz, Rodolffo Matthaus celebrated the departure of the actress from Big Brother Brasil 21. On Tuesday (9), in conversation with Fiuk and Caio Afiune, the sertanejo understood Tiago Leifert’s speech as an endorsement by who is right in the game and decreed: “The leader’s goal has been met”.

“Scolding here, my friend, can’t go around. You have to assume, we don’t think wrong”, added the farmer. “Perhaps it is more proof that we did not do wrong”, reinforced the actor. “I talked to girls, for example, who are very sensitive, and they agreed with the situation,” said the Israeli partner.

Believing that the departure of the actress confirms his criticisms of her game, the trio followed up with the arguments. “You have to take on her scolding, she didn’t take on her scolding. If you stop to analyze, almost everything was between the kitchen and I don’t know what,” commented Caio.

“He [Tiago] he used examples of not taking over the stuff, I don’t remember, I didn’t see it. Everyone sees who she really talks about, badly. Not only her, everybody “, commented the son of Fábio Jr.

The member of Pipoca took advantage of the comment and asked Ruy’s interpreter in A Força do Querer to “go slow” with Arthur Picoli, who is shaken by the departure of his beloved: “There were many people who did not know what the path was in relation to the This showed that he was in the truth. “