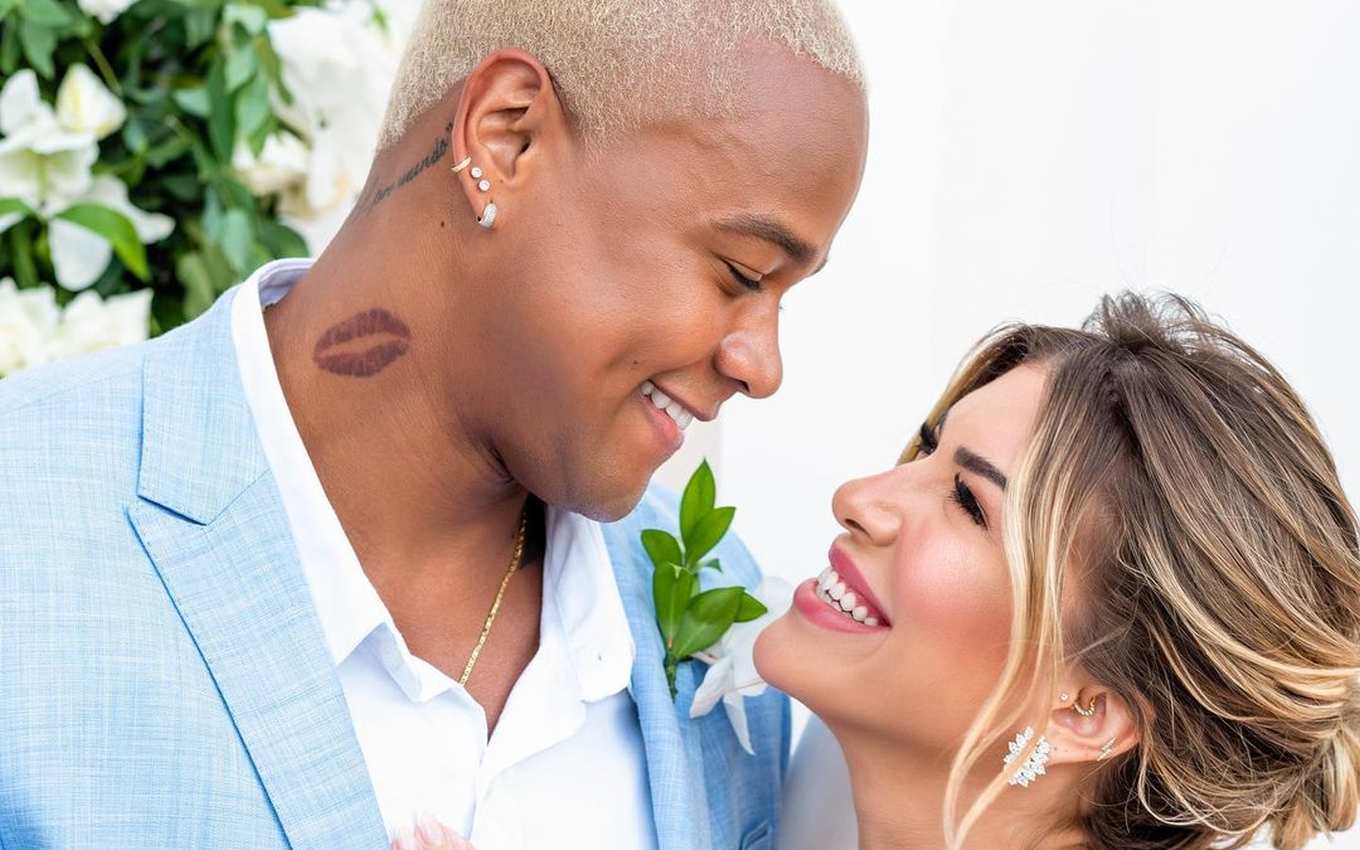 The singer Léo Santana and the presenter Lore Improta made the union official on Saturday (20) after four years of relationship, in an intimate ceremony in Salvador. The celebration took place at their home and was accompanied by the parents of the couple and the singer’s sisters.

Together since January 2017, the couple already lived together, but always had the dream of getting married and signing the papers. “With the pandemic it was not possible to have the party we wanted, but we decided to have this little celebration at home and in civil. We have been talking about getting married for some time, so it was very natural to decide to go now,” said Lore Improta Hugo Gloss website.

Léo Santana did not control happiness and it was only praise for the beloved. “Lore is the most beautiful bride in the world! Now that we are officially married, I am more and more in love with my now wife,” he declared.

Santana and Lore met in 2013, but only stayed in 2017. The couple’s relationship was marked by several comings and goings, accounting for six terms. At the beginning of last year, after the longest breakup, they resumed again, and the singer revealed that his dream was to marry the presenter.

The dress worn by the bride was by designer Marcelo Quadros, a midi model with simple details. Leo wore a light blue suit.

Check out the bride’s dress: