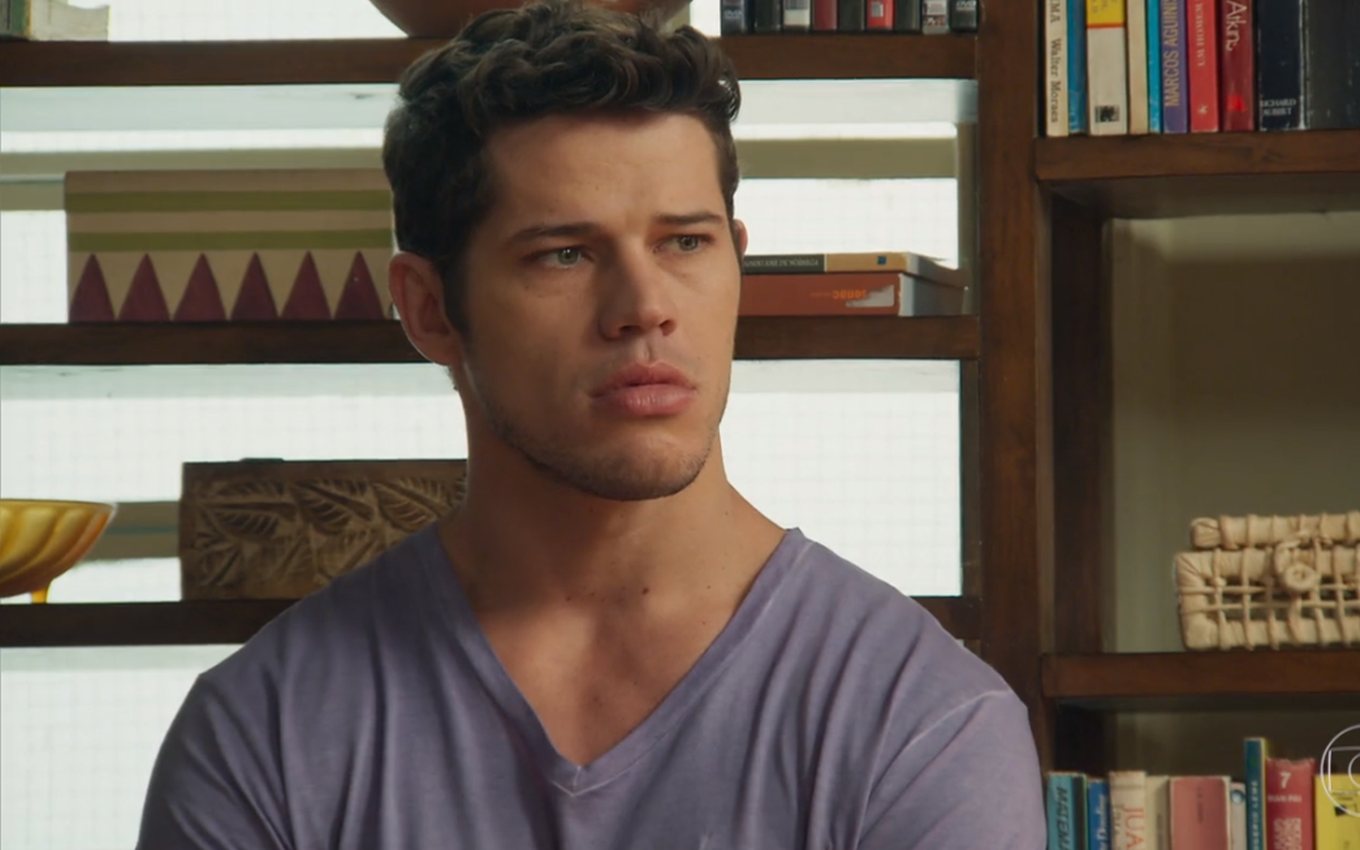 Adônis (José Loreto) will have a revealing conversation with Nair (Ana Carbatti) in Haja Coração. After rejecting a car that the teacher will try to give him as a gift, he will confess that he used the hard-earned money she earned as a teacher in luxuries, such as parties and motels, instead of paying for college at Globo’s seven o’clock soap opera. The bad character will take revenge by stating that they are even, remembering that the woman gave him up for adoption after his birth.

In the plot, the lady already said that Adonis is her biological son and that she gave it to the parents of Apolo (Malvino Salvador) because she had postpartum depression. The boy was even more disgusted after discovering this. Now, it will be his turn to reveal that he cheated on her for a long time too.

Since the beginning of the story, the boy pretends that he is studying law, but he spends the college tuition money to have a playboy life. “Why did you hide this from me? It was so long. Why didn’t you tell me?” Nair will ask.

In debauchery, he will detail what he did with the amount she gave him every month. “That I dropped out of college when I failed? That I used your teacher money to go out to the club to spend on expensive drink? I was a coward. I preferred to lie, I found it easier. Just like you did with me all my life. We are even” , will justify Adonis.

Impacted by her son’s thinking, the woman will try to show how wrong he is. “No, Adonis. No, we are not even, no. I gave you the most precious asset, I gave you life!”, Francesca’s neighbor (Marisa Orth) will speak energetically.

“He put me in the world and rejected me. He threw me out”, accuses the rascal. Nair will answer that she had postpartum depression and, once again, explain that it is a disease. “I gave you up for adoption, but I regretted it. I went after you and still adopted your brothers,” recalls the woman.

Faced with the boy’s incomprehension, Nair will decide to be tough. “Do you want to know? Enough! Enough, I will not rub my head anymore. It’s time for you to stop playing the victim and take responsibility for what you do. Because I, Adonis, I got tired”, will warn Lady.

Haja Coração is an adaptation of Sassaricando (1987), written by Silvio de Abreu. The plot is on the air at 7 pm on Globo and is by Daniel Ortiz, the same author of the unprecedented Salve-se Quem Puder, which has just been recorded and will be shown again next Monday (22) with what has already been on the air in history in 2020. The unpublished chapters of the newsletter will only be shown from May 17th.