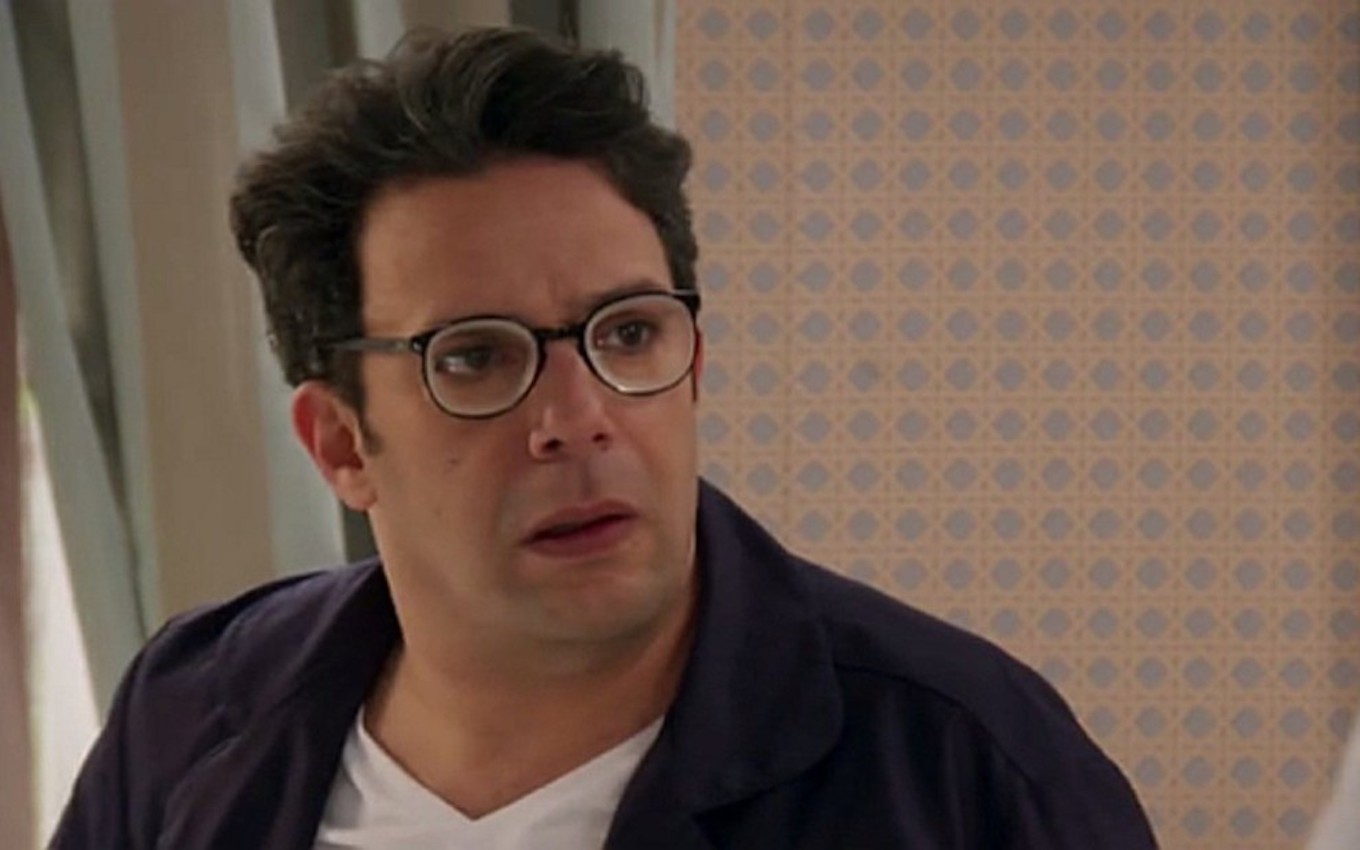 The escapes of Agilson (Marcelo Médici) in the dead of night hide a hairy secret from Aparício’s brother (Alexandre Borges) in Haja Coração. The president of the Grand Bazzar will decide to follow him and will be scandalized to see what the tie does. He’s a gogo boy in a gay nightclub. The scenes will air from the next Monday (18) in the soap opera of seven.

The storekeeper will dope the woman with a spray that she will put on a mask. Lucrécia (Caudia Jimenez) will, once again, be eager to have sex. However, she will fall asleep. The stuck tongue will sneak out of the mansion, without suspecting that Fedora’s father (Tatá Werneck) will be on his tail.

Aparício will want to discover his brother’s secret to blackmail him, since Camila’s parents (Agatha Moreira) will decide to support his daughter in the dispute for the presidency of the family company.

In the plot, the character of Marcelo Médici has already run away from home during the night. Anyway, new leads will start to air. Following the blatant that Fedora’s father will give, the public will still not see the performance as a gogo boy for Lucrécia’s husband. These images will be seen soon, when Claudia Jimenez’s character catches him with his mouth in the bottle.

Aparício will follow his brother’s car accompanied by Ariovaldo (Duda Mamberti). The two will be surprised to see him dancing and waving his arms inside the vehicle. Alone, the bailiff will speak out loud that he is crazy to “shake the skeleton for real”.

Then he will enter a nightclub. Aparício and Ariovaldo will then arrive at the door and will be warned by the security guard that they do not look like someone who frequents the place and must have been mistaken.

“What kind of place is this?”, Alexandre Borges’ character will ask after taking a few steps inside the dark establishment with loud music. But his shock will be even greater when he meets his relative.

He will be in an unusual situation, but the soap opera will not show what it is, for now. “My God! It is not possible! Where’s the cell phone? I need to register this!”, Says Theodora’s husband (Grace Gianoukas).

Later on, the plot will show that Camila’s father dresses up as a police officer and makes presentations as a gogo boy. With the video of the hairy secret up his sleeve, Aparício will use the trump card to force his brother and sister-in-law to support him in the fight over the Grand Bazzar.

Haja Coração was first shown in 2016 and is an adaptation of Sassaricando (1987), written by Silvio de Abreu. In addition to the spoilers, the TV News publishes daily summaries of the seven replay chapters.

The plot is by the author of Salve-se Quem Puder, Daniel Ortiz, a plot that has just been recorded and is expected to return in the coming months. Globo, however, has not yet confirmed the month of the return of the story paralyzed in March last year due to the Covid-19 pandemic.