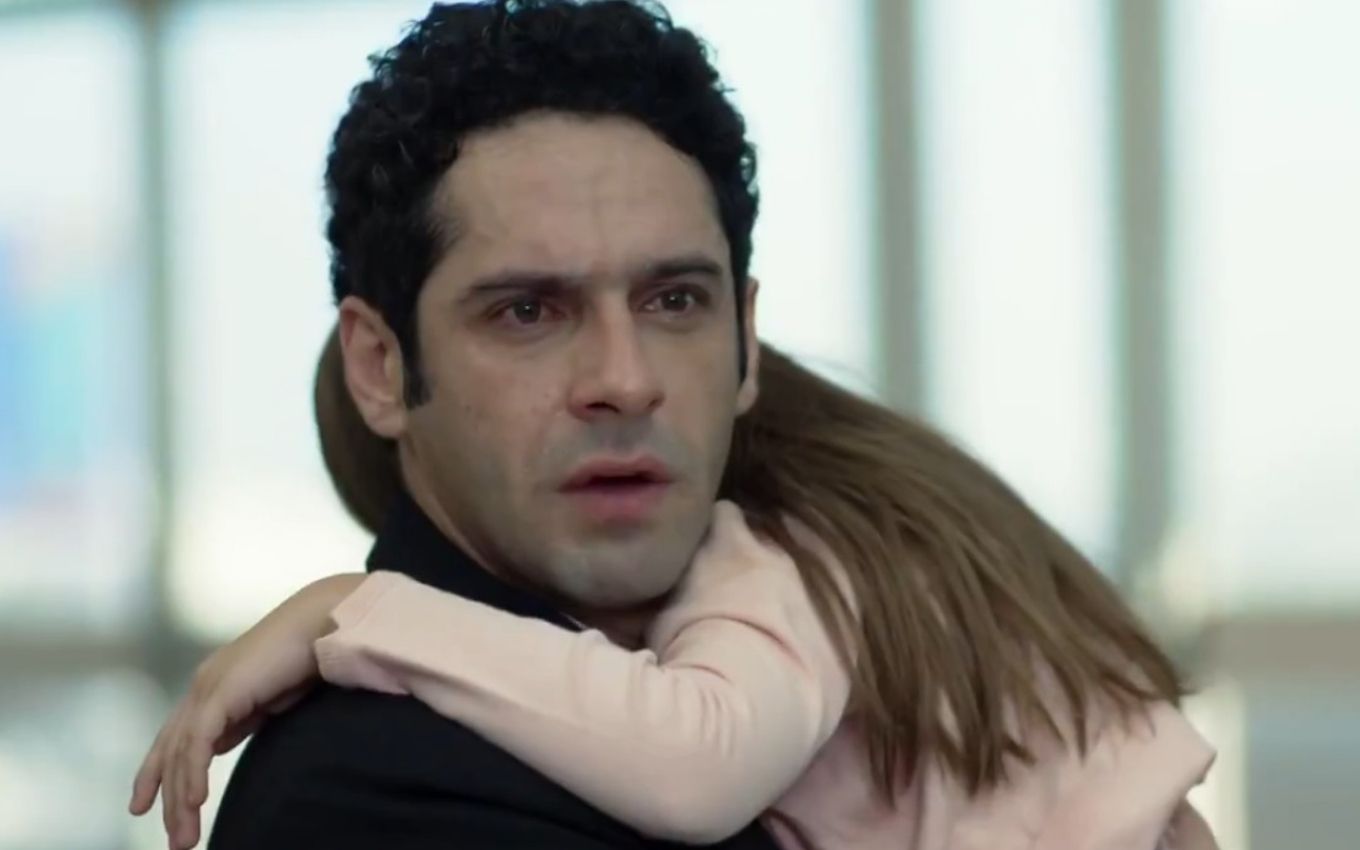 Beto (João Baldasserini) will need to do something crazy to prevent Bia (Melissa Nóbrega) from being kidnapped in Haja Coração. The boy and Tancinha (Mariana Ximenes) are going to run to the airport when they discover that Dulce (Monique Curi) plans to take the girl by force to the United States. The publicist will face the Federal Police, beat the agents and receive an arrest warrant on Globo’s seven o’clock soap opera.

In the scenes scheduled to air on Tuesday (16), the newlyweds will flock to the international boarding sector. They will see the kidnapper entering with Carol’s sister (Bruna Gripao), who will be unconscious. “I will not leave”, Tamara’s brother (Cleo) will revolt. He will run out and try to enter the scene, but will be stopped by police.

“These two are stealing a child, hold on to them”, Beto will ask. The agent, however, will demand to see the boy’s boarding pass. “What card, what document? They are kidnapping a little girl”, explains Henrique’s friend (Nando Rodrigues). “They kidnapped my girl”, will complete the protagonist. The security guard will say that the two need to calm down.

“Your policeman, they are kidnapping a child. We have to go in”, says the character of Mariana Ximenes, desperate. The law enforcement officer will state that they need to go to the airport police station. “There is no time,” said Tancinha. “I need to get in, let me go,” the publicist will insist.

The good guys will even try to distract the police and forcibly enter, but they will get caught. They will receive an arrest warrant for contempt of authority. While they are being taken to the police station, the ex-marketer will shout through the lobby to prevent the kidnapping.

With no way out, Beto will decide to take a risk to save the little girl. “There are several flights leaving for the United States now. You guys are sorry, but I’m going to have to do something crazy”, warns the publicist. Penélope’s son (Carolina Ferraz) will beat the cops to get free.

He and the ex-fiancee will run out and enter the boarding area. A policeman will draw his gun to stop you. “You don’t know what you are doing. That child over there is being kidnapped”, explains the young man. “If you run, I will be forced to shoot,” replied the agent.

“I will not let anyone take Bia. If you want to shoot, you shoot”, will shoot the character of João Baldasserini. He will continue running until he reaches the couple of swindlers. “You bastard, kidnapper. Give me the girl here,” yells Beto.

He is going to take Nicolas’ sister (Henry Fiuka) off Dulce’s lap, and a policeman will send him over to the girl. “You have to arrest this man. He assaulted my husband and took my daughter,” says the scoundrel. “She is my daughter, you were abducting her”, accuses Francesca’s heiress (Marisa Orth).

“You can arrest me, but first I’m going to hand the girl over to her mother. Tancinha, her daughter and Apolo’s [Malvino Salvador]”, the publicist will affirm when placing Bia in the lap of the beloved. The law enforcement officer will send everyone to go to the police station immediately, and Beto will be handcuffed.

“But my flight is leaving,” complains Dulce. “You are going to fly to jail, you thug. Look, your policeman, her and her husband’s documents must be all false,” the cook will step on.

Haja Coração was first shown in 2016 and is an adaptation of Sassaricando (1987), a plot written by Silvio de Abreu. In addition to the spoilers, the TV News publishes daily summaries of the chapters of the replay of Globo’s seven o’clock soap opera.

The booklet is by Daniel Ortiz, the same author of the unprecedented Salve-se Quem Puder, which finished being recorded and will be shown again on the 22nd with what was already broadcast in 2020. The unpublished chapters will only be shown from May.