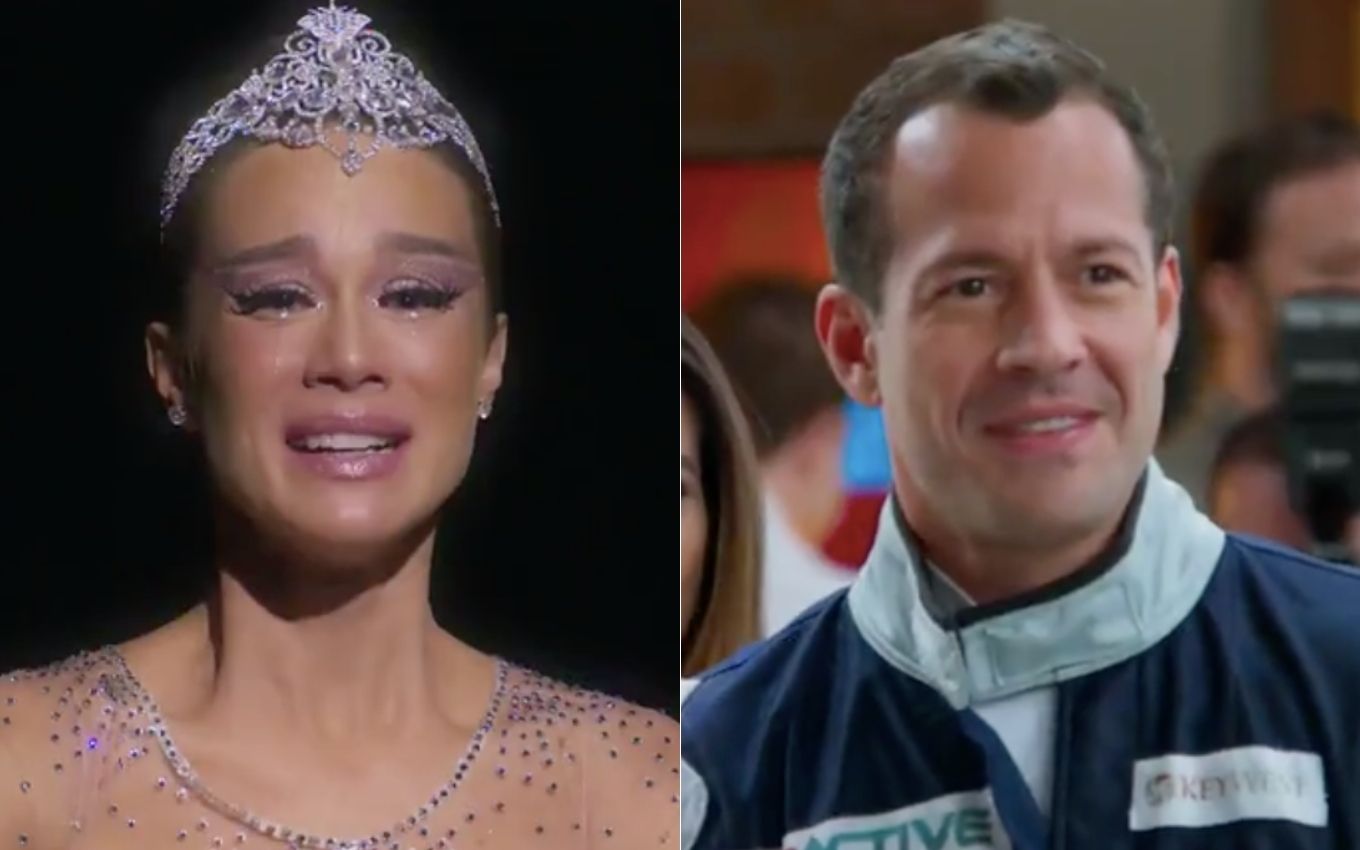 Before deciding whether to be together or not, Tancinha (Mariana Ximenes) and Apolo (Malvino Salvador) will end up victorious separately in Haja Coração. The ex-marketer will fulfill her and her mother’s dream by performing as a dancer at the Municipal Theater of São Paulo. The ex-truck driver will win the race championship, establishing himself as a successful driver in Globo’s seven o’clock soap opera.

In the final scenes of the plot, which will air this Friday (19), Beto (João Baldasserini) will take Francesca (Marisa Orth) to the theater. After forgiving the villain redeemed for his wickedness and mischief, Di Marino’s matriarch will think they will see a play, but the former fruit seller will be surprised with her daughter on stage.

“It seems that I am meeting that girl”, will comment Guido’s ex-wife (Werner Schünemann). “Probably since the day she was born!”, Will reveal the manager of Peripécia.

Then Tancinha will imagine that there is only her and her mother inside the theater and will invite Francesca up. “Come, mother! Bad come dance with me! Come realize your dream of dancing in the municipal! “, will ask the character of Mariana Ximenes. In fantasy, the two will perform together as ballerinas, and, back to reality, the protagonist will be applauded standing by the entire audience.

Already Apolo will face the race of his dreams, and the character played by Mariana Ximenes will watch the ex-fiance show that he is good at high speed, just like Tamara (Cleo). “Thank you for coming. You know I didn’t go to your ballet performance because …”, the pilot will start.

“Because Beto was going, I know, Apolo. But it was also not fair to ask him not to go”, will complete Tancinha. “Good luck, see? He has I know that win this championship has always been your dream “, says the owner of Cantina da Tancinha.

“No, you know what my biggest dream is. I even abandoned my career once because of him. It’s you”, the runner will lament, in reference to the desire to marry the girl.

Nair’s son (Ana Carbatti) will see his other ex-girlfriend approaching and will speak to her. “I don’t want to disturb you”, Beto’s sister will warn. “Hinder? Hinder what? I’m very happy that you’re here, very happy!”, Will celebrate the good guy, who will embrace the brunette who was expelled from the tracks for cheating.

“It must not be easy for you to come back here,” he will note. “A little complicated, everyone looking at me. But I will do anything for you, you know. I postponed my trip to come and see you run and win!”, Penelope’s heiress (Carolina Ferraz) will speak. “I will work hard and I will make it!”, Promises Adriana’s employee (Isabel Wilker). 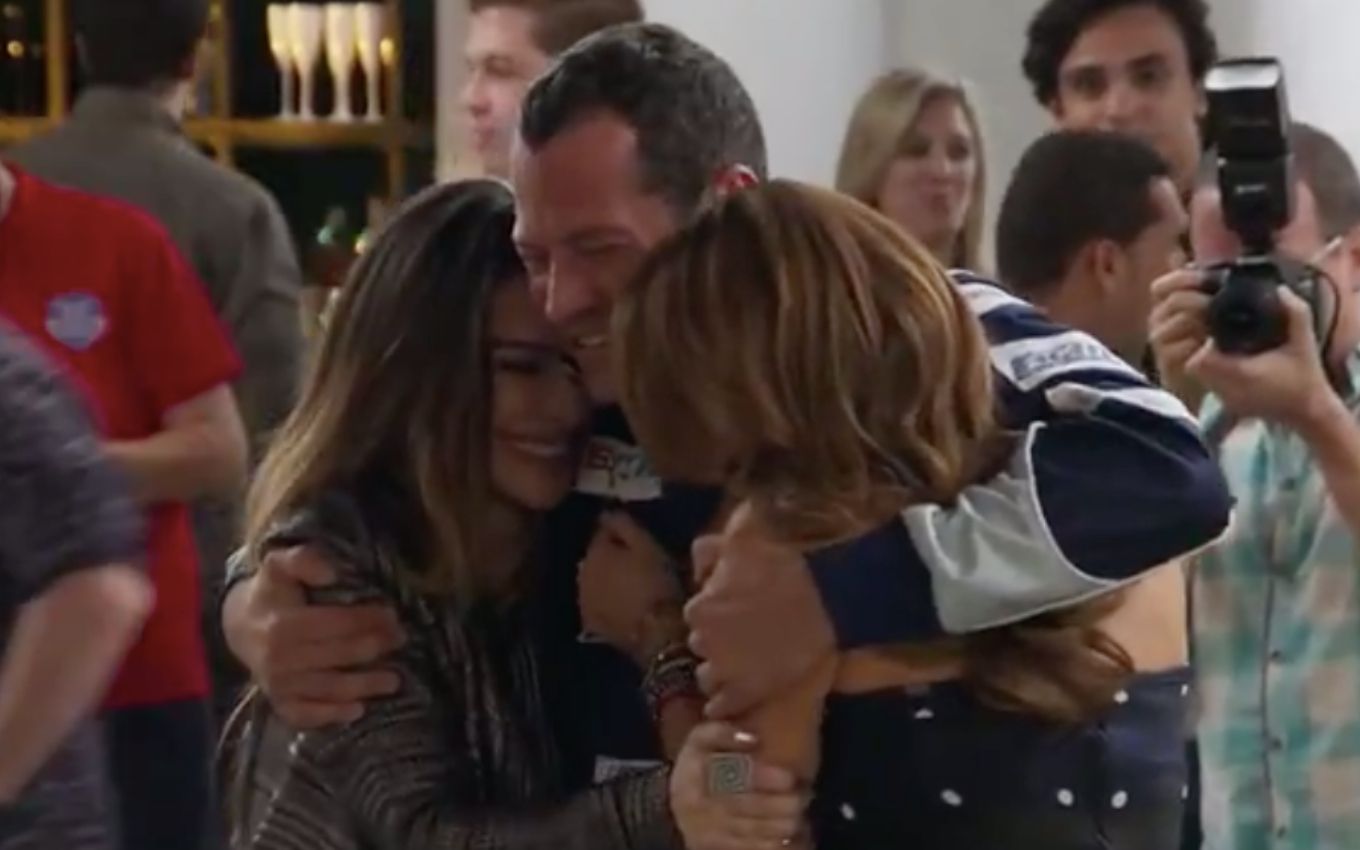 Apollo will celebrate victory with loved ones

Following, Tancinha and Tamara will follow the race. After tense moments with tight curves on the track, Apolo will beat Giba (Jeronimo Martins) and become champion. The good guy will celebrate the title hugged to the two loved ones, increasing doubts about who he will be with at the end of the novel.

The replay of the novel written by Daniel Ortiz will come to an end this Friday, but with the possibility of the audience watching a different ending from what was originally aired in 2016.

In the original version, the protagonist chose Apollo as the love of her life. At the time of the recordings, the author also made the cast record an alternative ending, with Tancinha preferring Beto. Globo erased the images with this outcome, but this option was rewritten last year. This time, it is likely that the young lady will have a happy ending with the publicist.

With the end of Haja Coração, the unprecedented Salve-se Quem Puder – also signed by Daniel Ortiz and interrupted due to the Covid-19 pandemic – will be shown again on Monday (22) with what has already been on the air in history in 2020. The unpublished chapters will only be shown from May 17th.