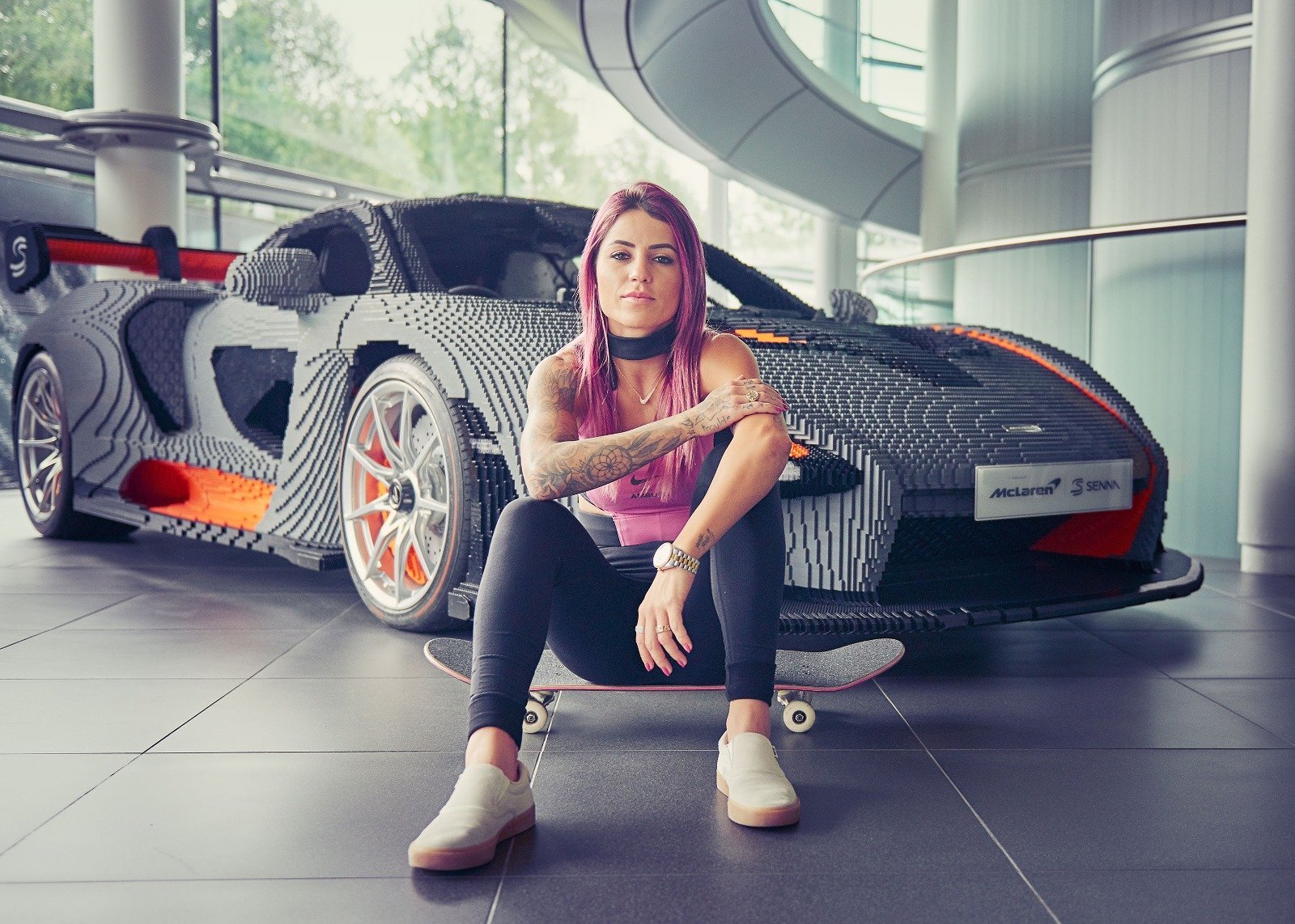 On wheels and between engines, yesterday (29), the six-time X-Games champion Leticia Bufoni posted a video on their social networks, on a tour of the Technology Center at McLaren, located in Woking, England. According to the athlete, it was an incredible opportunity to get to know the factory and be able to skate alongside iconic cars.

This was not the first content involving cars and the skater. Passionate about cars and addicted to extreme sports, Leticia completed this year a course in drift with Brazilian pilot Diego Higa.

The Olympic athlete also surprised by skating her own car, at the time, an Audi R8 model.

During her visit to the British manufacturer’s headquarters, Leticia paraded her skateboard through different scenarios, from the trophy room to the sector where the legendary cars are located.

In the post caption, the skater said she never imagined herself in such a situation. “What an amazing experience! I never imagined knowing the McLaren factory, much less skating beside these amazing cars”, wrote the athlete, who is passionate about cars.

Boldly, Leticia jumped from the top of a seven-step ladder next to the F1 GTR Longtail car, a very rare model in the world.

“We had to close our eyes to this (maneuver). Leticia Bufoni jumped down from the stairs of the McLaren Technology Center. Right next to the valuable McLaren F1 GTR Longtail”, says the automaker’s team.

At the end of the video, the Brazilian gets into the automaker’s sports car, keeps her work tool in the trunk, starts the vehicle and drives away.