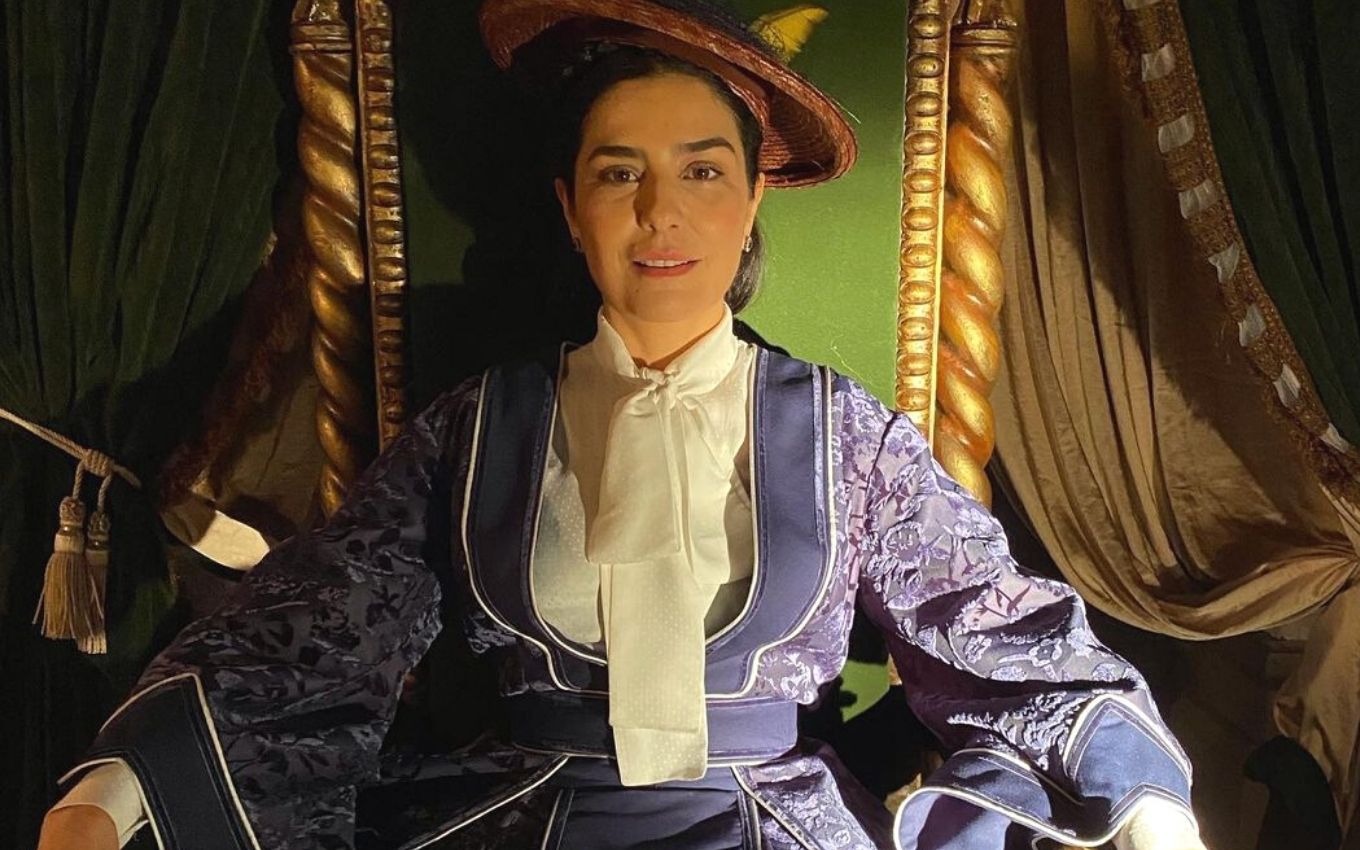 As the monarch Teresa Cristina (1822-1889) in Nos Tempos do Imperador, Leticia Sabatella rejected the ugly reputation of the historical figure portrayed in Globo’s six o’clock soap opera. For the actress, there are many fallacies and stereotypes about the empress of Brazil. “Caricature of machismo”, said the artist, who gained a vast fandom (short for the expression in English “fan kingdom”, which means “fan kingdom”) in social networks because of the character.

Leticia disagreed with the fact that Dom Pedro 2º’s wife (1825 -1891) had been described in history as a person devoid of beauty. “This is a pure caricature of machismo! If you analyze her features in paintings, younger or older, you’ll see that she wasn’t ugly. And she didn’t see herself like that either, she let herself be photographed calmly”, said the actress, in interview with the Extra newspaper this Sunday (10).

“She had the self-esteem of a woman at peace with herself, who loved her husband and family. How was such an important female figure treated like that by historians?”, asked her, who is also on air as Latiffa in the rerun of O Clone ( 2001).

The empress’s interpreter added: “The way we present her to thousands of people on TV is very delicate. Dispelling stereotypes and prejudices against women, especially, and giving a healthy view of these historical characters is a way to heal this collective imagination “.

On social networks, Teresa Cristina is a hit with the audience of the serials of authors Alessandro Marson and Thereza Falcão. The character’s name is often among the most talked about topics on Twitter at the time of the soap opera’s airing.

“I call the fans soul mates. Those who accompany me are very interesting people, who share values ​​similar to mine, especially the more humanistic ones. I usually use the figures of the little flower and the bee to communicate with them, as if sending a kiss. The bee, for me, is full of meanings: wild, hardworking, socially organized and does not get away with stinging, that is, it needs to control its aggressiveness,” she delivered.