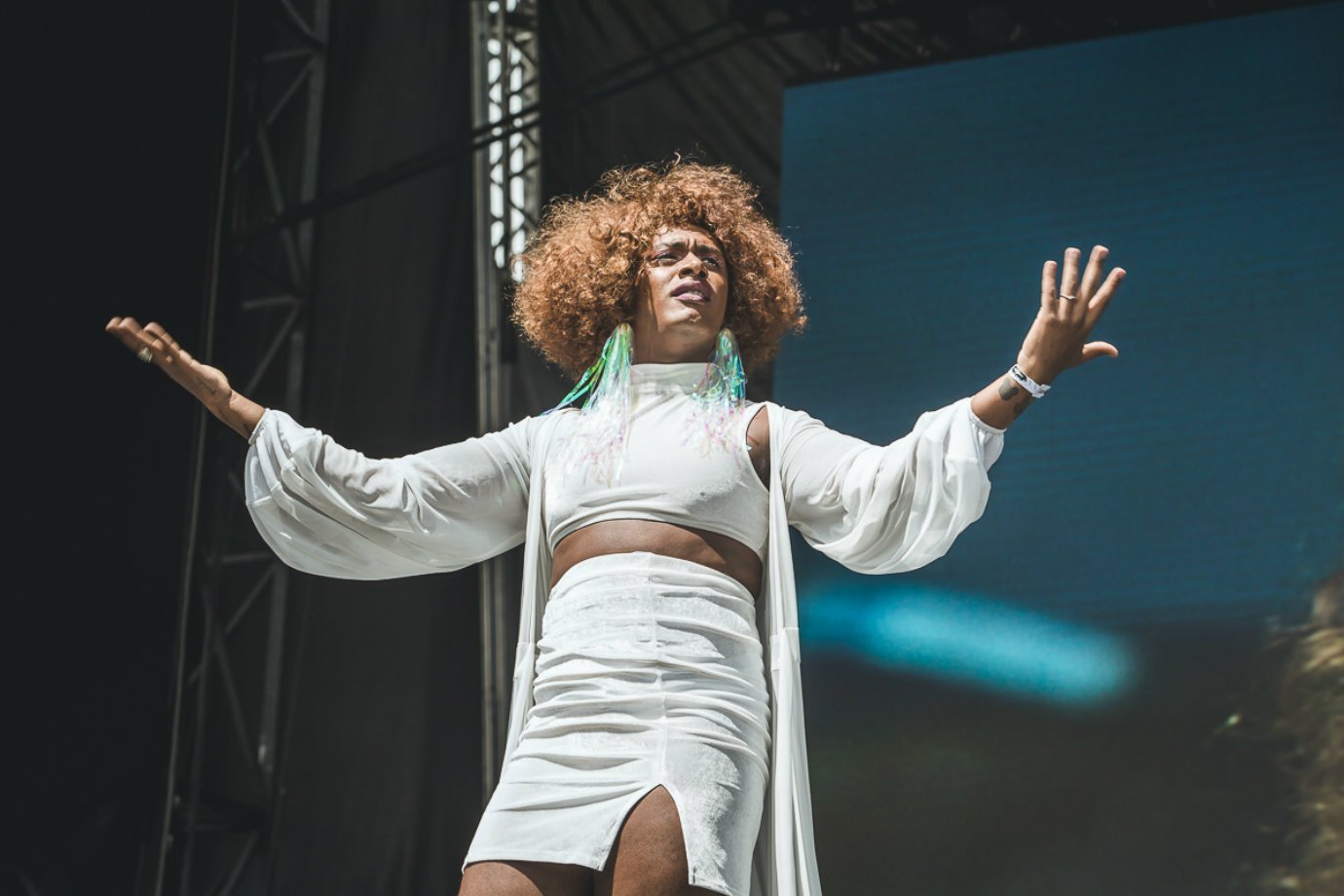 Liniker releases his first solo album, Indigo Butterfly Anil, this Thursday (9), at 7pm. He is connected with the present – both in terms of sound and in relation to the singer’s ideas and feelings. However, the strands of this cocoon were braided over a decade ago, almost instinctively, when Liniker was 15, long before she became a major artist in the black and LGBT+ scene.

It is the song Before Everything, the second of the 11 tracks on the disc. In the lyrics, she talks about flying. She warns that she has lost her fear of rain and will go in search of a life that until then had not allowed her to live fully.

The dancing track, with the characteristic groove of Liniker’s voice, has the participation of Orkestra Rumpilezz, with wind, percussion and conducting arrangements signed by its commander, Bahian maestro Letieres Leite.

“Because it’s an authorial work, it was natural that I took an old composition and reformed it. This gives me a feeling of artistic freedom. It was as if this song was in a cellar waiting for the moment to take another direction”, says Liniker, in interview with the State.

The choice of the sought-after band Rumpilezz connects Liniker with her newly discovered ancestors. In a recent conversation with her father, the singer discovered that her grandfather is from Casa Nova, in the semiarid region of Bahia. It all made sense. Including, according to her, the warm way she is always received in Bahia – and her predilection for spending time off there.

As well as Before Everything, Liniker alone signs the other 8 songs on the album. Two others gain membership from partners. However, her mark as a composer imposes itself, even though on the albums she released alongside the Caramelows, a project in which she stayed for five years – Cru, Goela Below and Remonta -, she has already exercised this function.

“This one is different. It’s a place of maturity. Instead of singing for other loves, on this record, I sing my self-love. It’s about me. I gave new meaning to my writing and found other ways to talk about affections. I’m 100% me, not now. I’m happy,” he says.

This move made Liniker also take over the production of the album, a role she shares with Gustavo Ruiz and Júlio Fejuca – the latter, with whom she has worked since 2019, when they made the single Presente for the international YouTube channel A Colors Show, in a step that the singer took to make her work known abroad.

Together, they reached the sound of Indigo Butterfly Anil that the singer defines as a “black” record. In it, there are soul, R&B, hip-hop, samba, samba-rock and pagode. “It’s a record of black music from our culture. From the things I’ve always heard in my backyard. I understood the plurality of these rhythms and the amount of sound that my family presented me. I want to dance to any note”, he says.

For references beyond the family, Liniker called the singer and composer for the album Milton Nascimento. He participates in the track Lalange, a reflection on the lives of black children based on their personal history and the omission that resulted in the death of a 5-year-old Miguel, who fell from a building in Recife, in 2020. Or, like singer wrote, the “boy who wanted to fly”. The lyrics were born from a dream of Liniker who took her back to the daycare where she studied, in Araraquara, a city in the interior of São Paulo, where she was born, 26 years ago.

“This song is like I gave something back to this mother. It’s not the same thing as her child, but it’s crying the pain along with her. Lalange is a cycle. It’s something in the dream, about a child who became an ancestor and with the presence of a living and present ancestor, which is Milton”, explains Liniker, who cites the composer as one of his greatest artistic references, alongside names such as Djavan, Elza Soares, Alcione, Aretha Franklin Etta James, Beyoncé, Itamar Assumpção, Raquel Virgínia and Iza.

The track features Brasil Jazz Sinfônica, from São Paulo, with string arrangements written by conductor Ruriá Duprat. The orchestra is still present on four other tracks on the album. In one of them, Moon of Faith, Scottish soloist Jennifer Campbell plays the harp.

Farther away from lyricism is Baby 95, which was released as one of the album’s singles – a track signed in partnership with Mahmundi, Tássia Reis and Tulipa Ruiz. With lyrics that mix verses in Portuguese and English, it starts with rhythm and blues and, towards the end, meets the pagode of the 1990s.

Tássia and Tulipa are also in the samba-rock Diz Quem Custa. The first, a rap singer, in a solo. Tulipa is in the chorus of the track that still has samples from DJ Nyack.

Vitoriosa, a samba-enredo with a São Paulo accent, also with the support of Jazz Sinfônica, works as a catharsis of Liniker herself along the path taken to reach this first solo work. “I scream victory so that we don’t lose hope for the future, especially for what we are living today. It’s a call to our presence,” he says.

The album also has a bonus track, Mel, which preserves some studio conversations, experimentation with sounds and Liniker accompanying himself on the guitar. The song shows that, despite all the way the record goes, with multiple sounds, band, orchestra, it was born from the intimate contact of its creator with the instrument.

The entire process took, according to Liniker, almost two years. During this period, which also coincided with the withdrawal brought about by the pandemic, everything was rearranged. The launch has been delayed a few times. “This time was an essential tool for the record to be what it is. A place of safety in such insecure times”, defines the singer.

Indigo Butterfly Anil will have different skins for each digital platform. Liniker, for now, does not intend to take the album to the stage, even if this is already possible with restrictions to be met by the venues. Maybe he will be presented in a live. “For now, people can dance listening to it at home,” says the singer who has learned that time is her ally.