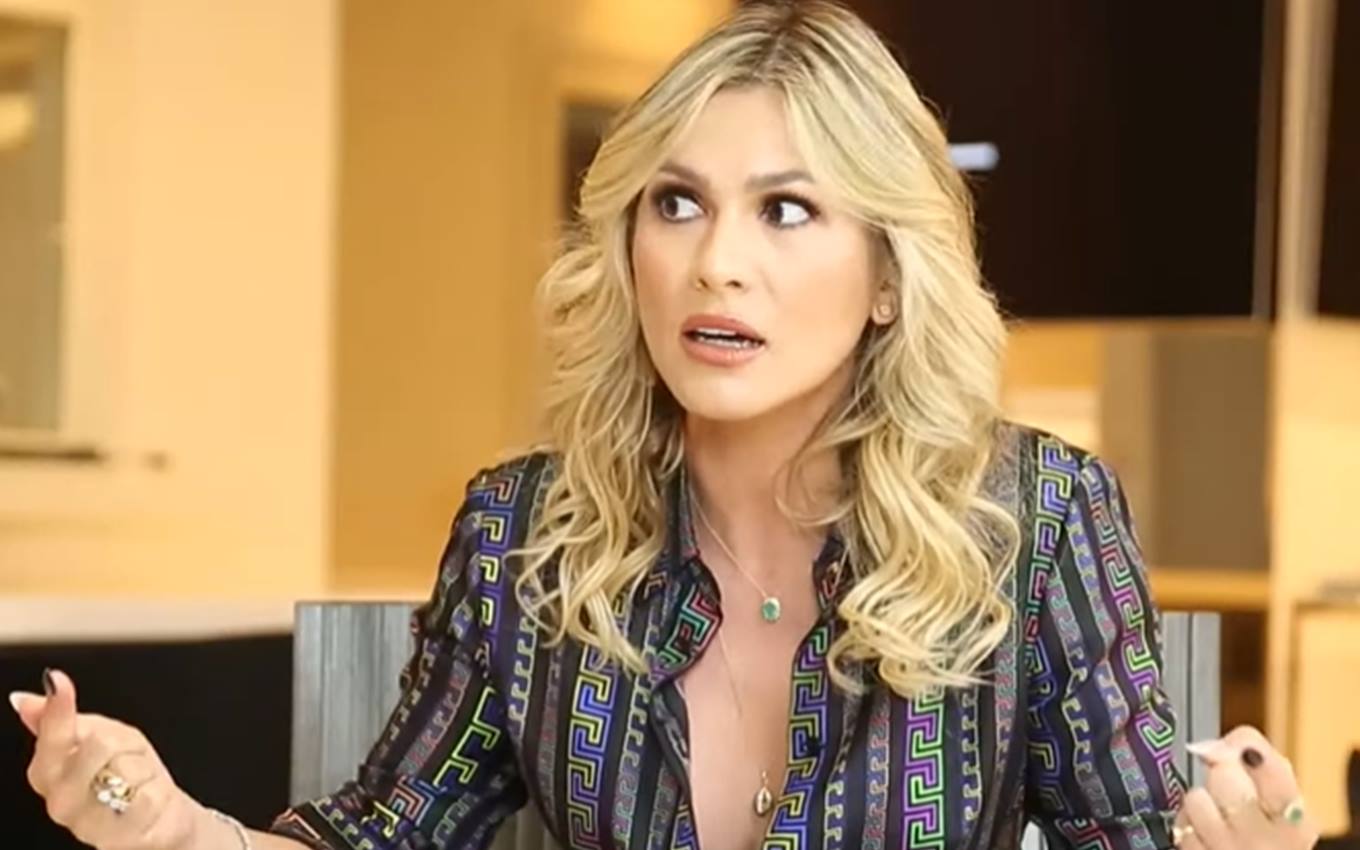 This Monday (27), Lívia Andrade detonated Pétala Barreiros, ex-wife of Marcos Araújo, her current boyfriend. The presenter said she is being the victim of attacks because of comments made by the digital influencer about her. “Used me to show up,” fired the blonde.

In an interview with Leo Dias, from the newspaper Metrópoles, the former SBT employee began her “defence” by talking about the reactions on social media after appearing in a relationship with the owner of the Audiomix record label and the Villa Mix Festival.

“I get thousands of messages cursing me, threatening me. I wasn’t involved in this controversy now when I went to follow up on this DNA test, I was involved at the end of last year.”

The famous spoke about the time that had not yet publicly assumed her relationship, but was already pointed out as the pivot in the end of the entrepreneur’s marriage with the influencer.

“[Ficou]Accusing me of stealing a used sneaker, which was not even my number. on the 30th [de dezembro], she gave an interview, national repercussion, accusing me of being the pivot of the end of the relationship, accuses me of stealing a sneaker and accuses me of having destroyed a family, all this with a baby in her arms. From that moment on, I was involved in a big mess, I needed to defend myself on social media.

“She used me to show up, she had tried it before and couldn’t,” continued the communicator in another excerpt of the interview.

Last week, the blonde returned to the subject on the web after following Marcos in a DNA test to prove the paternity of his son, Lucas. The record of the meeting between the ex-SBT and Pétala was published by Yanka Barreiros, sister of the 22-year-old digital influencer, on Instagram. The businesswoman criticized the presence of a private escort at the site and said the security guards had caused “tension”.

“Today was Luquinhas’ DNA test [nove meses]. And look who followed everything outside with his father’s security guard [meu ex-cunhado]: Livia Andrade. Poor thing, she was banned from entering. Well your face, Marcos. You are very predictable. This whole show, with more than four armed security guards intimidating me, my sister and nine-month-old Luquinhas,” he wrote.

“No DNA do Lorenzo [o primogênito] it was the same thing. He took his ex-wife, three lawyers and six armed security guards, not counting his sister. As if he needed it. Who would need protection would be my sister, right? But you can be sure that I will always be on my sister’s side,” he declared.

In other publications, Yanka published photos of Araújo and Lívia on the spot. According to her, the bodyguards surrounded Petal and the baby’s car. “Look how many security guards around the golden rosemary: three just around her [Lívia]. Now imagine protecting it. Despite the DNA test, Mr. Marcos Araújo did not know his own son. Congratulations,” he criticized.