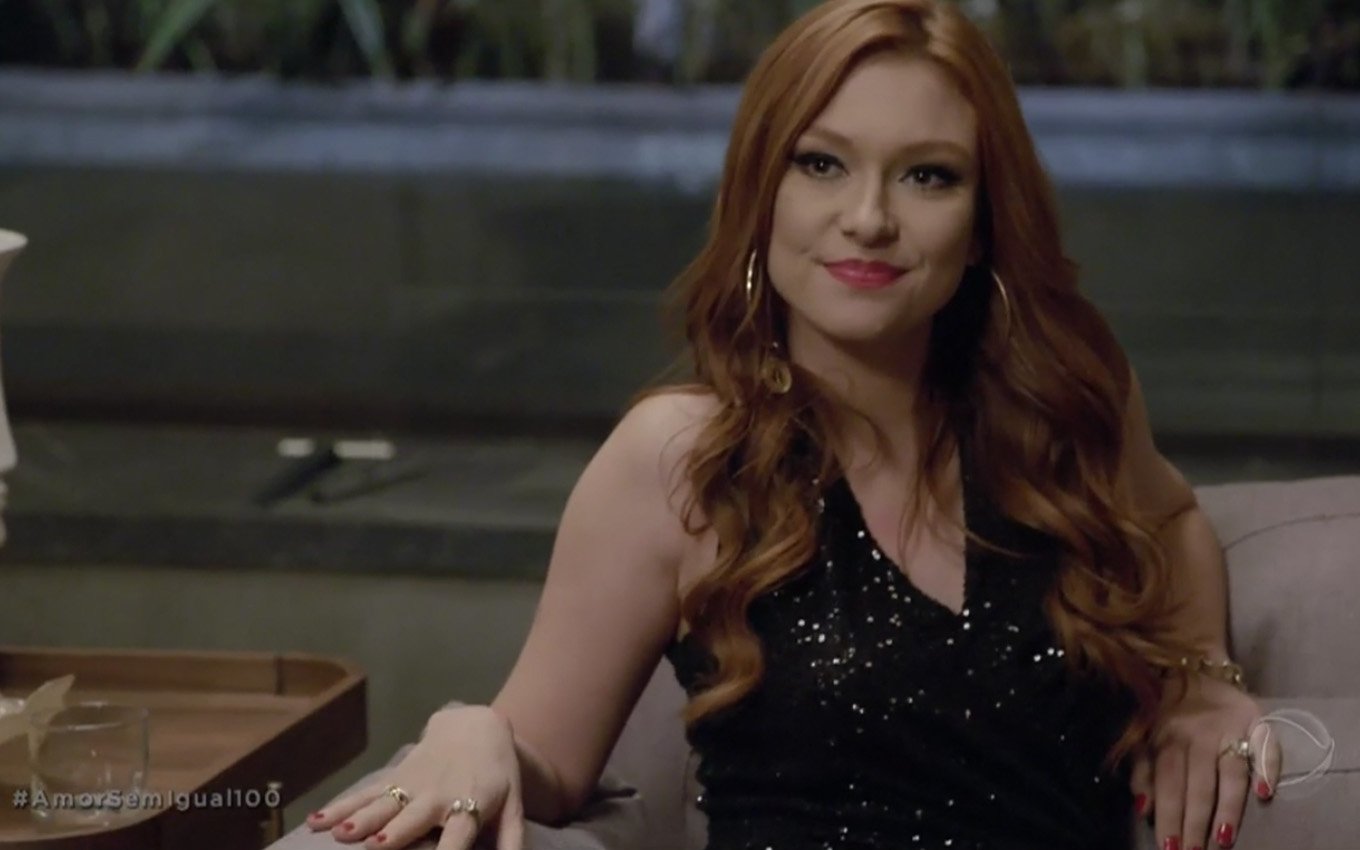 Poderosa (Day Mesquita) will leave all his friends jaw-dropping when he proves that he has become a new woman in the final stretch of Amor Sem Igual. In addition to assuming her baptismal name, Angelica, the young woman will abandon prostitution and give up Ramiro’s fortune (Juan Alba). She will still ask forgiveness from the people she hurt during her revenge on Record’s soap opera.

The call girl will decide to convert to Christianity after surviving a shot fired by Fonseca’s henchmen (Thierry Figueira) in Cristianne Fridman’s novel. In a hospital bed, she will find the light when opening the Bible that she received from Miguel (Rafael Sardão) – a little note with a verse will make her realize that God never abandoned her.

The redhead will show that she left the past behind and is ready to rewrite her story when she is welcomed with a surprise party at the Viana mansion in the scenes that will be shown starting this Wednesday (13).

Oxente (Ernani Moraes) will be the first to notice the change, since she will ask the merchant to call her just Angelica. The rural producer played by Miguel Sardão, however, will not be present to watch the transformation of his ex-girlfriend – Maria Antônia (Giselle Batista) will tell him that he really wants to see her, but that it is up to her the next step.

Day Mesquita’s protagonist will also leave Fernanda (Barbara França) with her hair standing up by suggesting that they sell the property, as she has no interest in wallowing in the same luxury that made Tobias (Thiago Rodrigues) hunt her down the streets of São Paulo .

Even Furacão (Dani Moreno) will not recognize her friend, since Poderosa will assume that she has always felt a little like Caio’s mother (Henrique Camargo).

Angelica, however, will become a topic once and for all when she interrupts the celebration to apologize for having used and passed over the people she liked because of her thirst for revenge. The buzz is going to be so great that, that night, she will hear a knock on the door – it will be Miguel, who will decide to prove with his own eyes the “metamorphosis” of the girl.

Amor Sem Igual is the first soap opera on open TV to resume unpublished chapters after the interruption of recordings due to the coronavirus pandemic (Covid-19) in March last year. The booklet comes to an end on the 18th to give way to Genesis – a biblical plot that has seven phases and more than 200 actors.

In addition to the spoilers, check out Record’s soap opera summaries published daily by TV News.

Check the summary of the chapter for today, Tuesday, January 12th

Out of breath, Hurricane arrives at the hospital to visit Poderosa, a week after the shooting. The friend tells that Miguel saved his life once again. Powerful says Hurricane is changed. At the prison, Carmen collapses when she learns that Yara threw her stuffed animals in the trash and tells Bento that the animals were full of diamonds.

Bento passes out. Returning from the market, Yara and Wesley are approached by Ernani, who curses her. Yara calls the police. At Mercadão, Peppe celebrates, with Serena, Miguel and Oxente, having managed to sell sketches of uniforms, the conquest of Caio and Santiago, who now has a contract with a European football team, and the arrests that Rosa Flor managed to make.

Miguel tells Oxente that he will always be with Poderosa, but that now she has to want to be with him. Miguel also says that José Antônio asked for Gisele’s hand in dating. On the farm, Antônio Júnior and Cindy say they love each other. At the Club, Olympia, Maikitaison, Leilinha and Neco get ready to go out and rescue call girls from the streets.

Powerful, still in the hospital, unable to sleep, she turns around, sees the bible she got from Miguel and starts reading. Several memories come to mind. Thrilled, she realizes that God has always been by her side.

She is surprised by a small envelope she finds in the middle of the Bible. See that it’s a message from Miguel. In the text, he calls her by name, Angelica, and says that now she can rewrite her story.

Subscribe to the channel TV News on YouTube and watch videos with revelations of what will happen in Amor Sem Igual and other novels.