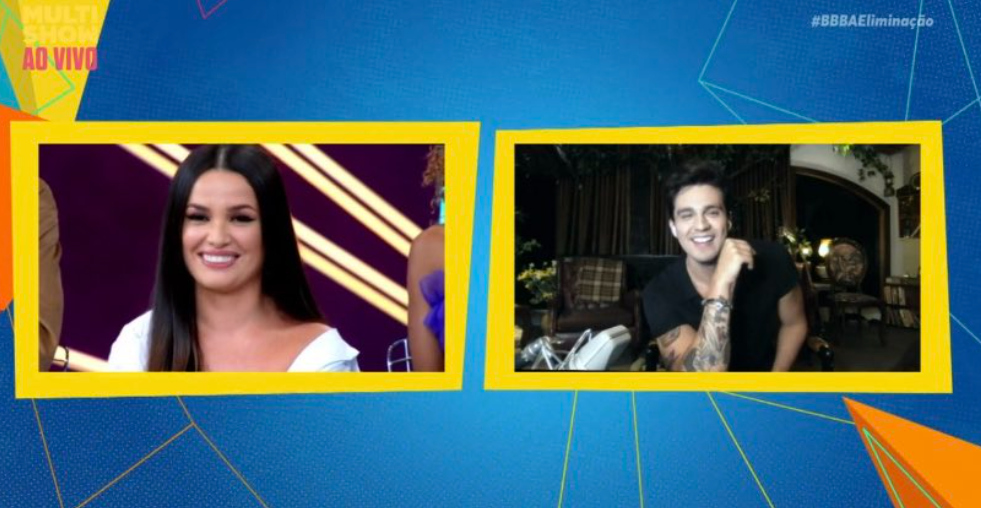 Singer also opened the doors of Sony Music Brasil, his label, for the makeup artist to record music

Playback / Multishow ChannelInvitation happened during the edition of ‘BBB A Eliminação’ this Wednesday, 5th

Juliette conquered not only the BBB 21, but the hearts of many people around Brazil, including one of its greatest idols: Luan Santana. Participating in the program ‘BBB The Elimination’, from the Multishow channel, the make-up artist and champion of the program received two invitations from the singer. In a video call, Luan called Juliette to star in the clip for his new song ‘Morena’ which he wrote in partnership with Shylton Fernandes, a fellow lawyer, and four other composers. He said he had the idea to call her watching the reality show and could only make the invitation with her outside the house. After Juliette was visibly embarrassed by the invitation, Luan made another one. He said he talked to the president of the Sony Music Brasil, Paulo Junqueiro, his label, which offered a contract for the lawyer to record his songs. “We love to hear you sing. He said ‘tell her that Sony Music’s doors are open for you to chat.’ I don’t know if it’s your will, ”said the singer. After all the participants pulled on the “accepted” chorus, Juliette replied that she is going to be the muse of the clip, but that she will still study a little bit of music because she doesn’t have much technique.

Watch the request and an excerpt of Luan Santana’s new song below: