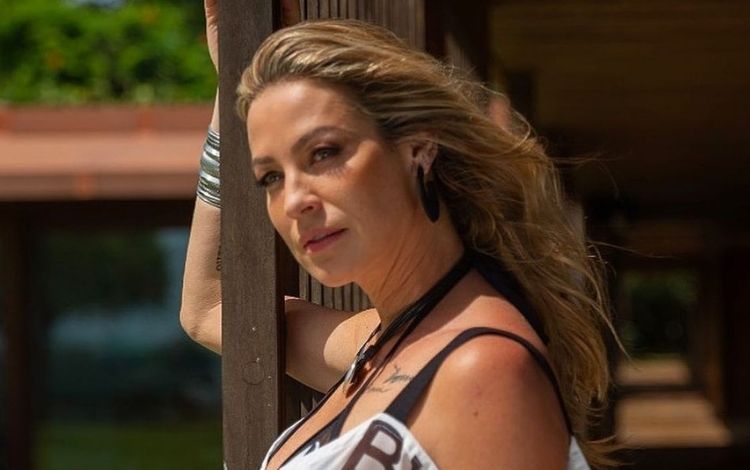 Reproduction/Instagram/luapio/13.07.2021Luana Piovani recalled the aggression she suffered from Dado Dolabella

The actress and presenter Luana Piovani commented on the support that Pamella Gomes from Holland, ex-wife of DJ Ivis, is getting paid by the women. Pamella was attacked by the artist and posted images on social networks in which she appears slapping, punching and kicking in front of her nine-month-old daughter. The case gained national repercussion and several artists are expressing their opinion. Luana commented on the matter and recalled the aggression suffered by her ex-boyfriend, the actor Dolabella data. “I’m happy to see women uniting and denouncing, because when I was attacked there was no campaign, nor Instagram. The aggressor, six months later, won a reality show [‘A Fazenda’] and the women said: ‘Come hit me’. The women have already embarrassed me and worsened my situation immensely, I sigh with relief to see that a change is taking place”, wrote the actress in Instagram stories.

Luana was attacked by the actor in 2008 and, when she exposed the case, she claimed that she was slapped in the face so hard that it made her fall to the ground. The case took place in a nightclub and the maid who was there was also hit. Dado was arrested for failing to comply with the court’s decision to keep a distance of 250 meters from the actress, but was soon released. Currently, Luana lives with her children in Portugal. In addition to her, singer Marília Mendonça spoke about the domestic violence case involving DJ Ivis and criticized the fact that the artist has gained followers after the video of the attacks reverberated on social networks. Xand Aviões also spoke on social networks and said that he does not condone the DJ’s attitudes and that he is no longer part of his company, which manages the careers of artists such as singer Zé Vaqueiro.