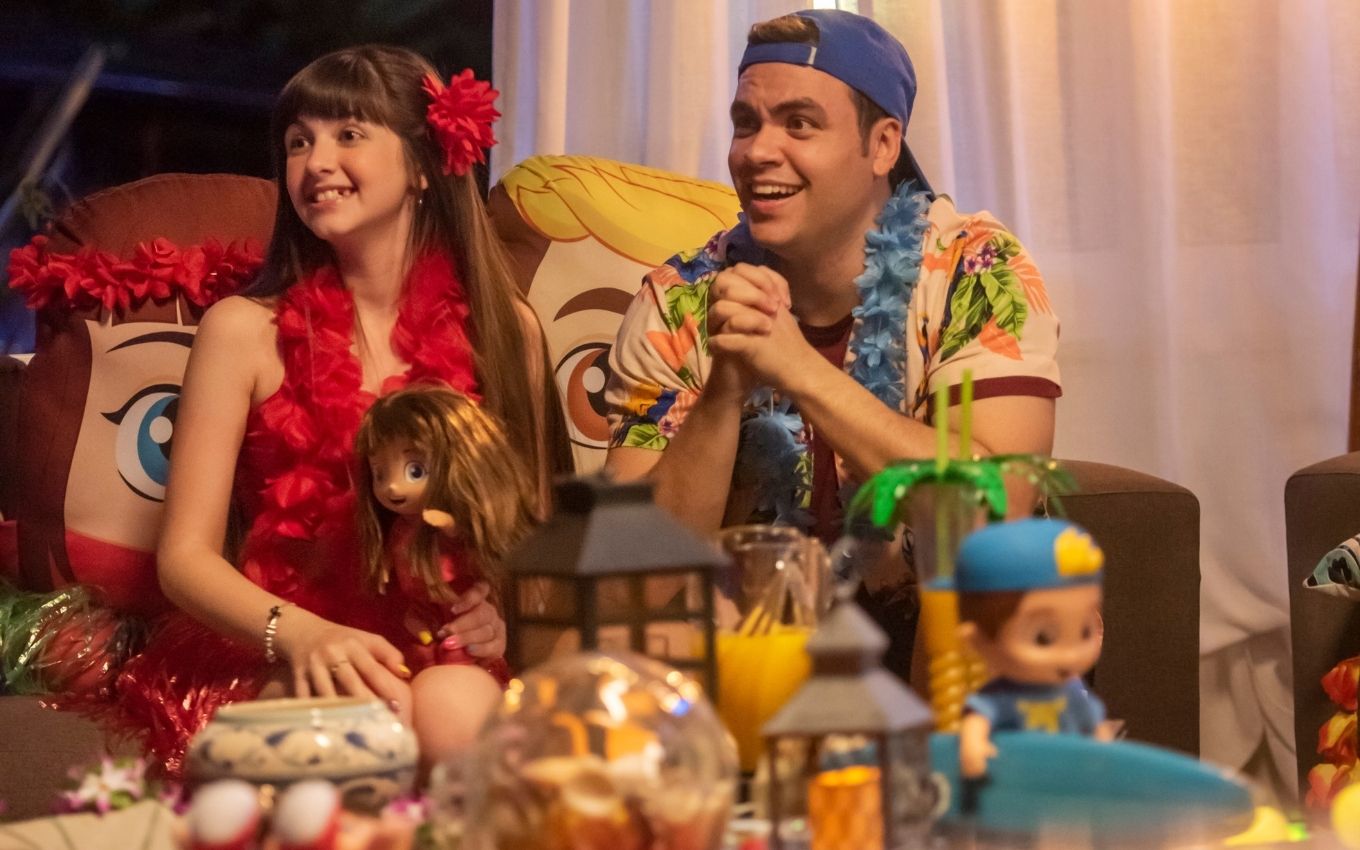 Luccas Neto, 29, is the current king of the little ones. Phenomenon in the children’s universe of YouTube, the actor has just released the 11th film of his career, Luccas Neto in: Two Very Weird Babysitters !. Often compared to Xuxa Meneghel both for the charisma with the children and for the empire he starts to build, he admits to following the presenter’s recipe. “I am happy with the recognition of my work”, he thanks.

“Xuxa, without a doubt, is an icon and a reference in working with children,” considers Luccas in conversation with TV News. Walt Disney (1901-1966) is also among his inspirations.

Like the queen of the little ones, Neto had a start far from the infantile. He debuted on YouTube in 2014 as Hater Sincero in adult videos. He started investing in children tuned in to the internet only in 2017. And like the founder of The Walt Disney Company, he created his own world.

In 2018, Felipe Neto’s brother started to lead Luccas Neto Studios to undertake games, applications, films, books, music, concerts and product licensing. For his little ones, the world of the idol is known as Luccas Toon, in which more than videos are available. To the fans, there are toys, clothes, school supplies, sweets and dozens of other items with the face and name of the idol.

Considered the greatest creator of children’s content today, the youtuber delivers that even in the face of his consecration he still finds it difficult to talk to his little followers. For him, winning over his parents is also a fundamental part of his business.

“The most difficult thing is to bring a language that is easy for children to understand, that adds to their children’s development and that parents feel comfortable leaving children watching as well. Therefore, everything is passed on by a team of educators and educators”, considers.

The team of professionals in education contributes to Neto’s work to give direction to his desires and creations. According to him, nobody vetoes or forbids any idea.

“What actually exists is a direction on their part [educadores e pedagogos] of what is attractive for the entertainment and learning of children and adolescents. And we make adaptations to the content that I produce, to unify all of this in the best possible way. As we are talking to this target audience, there are things that are quite obvious that we cannot address “, he explains.

On his meteoric journey, Neto reveals that he does not want to invest in the career of a children’s presenter anytime soon. He wants to conquer cinema before going on television. “Maybe in the future. Today, I am very satisfied with my work on the internet and my trajectory here. Soon I will be in theaters too! So, for now, these are my plans”, he adds.

“I don’t have anything concrete in television projects, I didn’t develop any specific format for that. But, if it happens, I want it to be something that contributes to the development of children and teenagers, but without losing the essence of my work already developed” , he adds.

Cinema is the next step

Proof that he is focused on cinema is the launch of Luccas Neto in: Two Very Weird Babysitters !. Made in the pandemic, the film was made available on digital platforms –Now, Apple TV, Google Play and YouTube Movies – on the last 16th.

In the plot, he and Gi (Giovanna Alparone) need to rescue a diamond hidden by their parents, who are secret agents. The crazy plot has adventure, action and fun, just the way the kids like it.

“This is not my first work that was released during that period [da pandemia]. We recorded with a very small team and obeying all protocols “, he explains, who has continued to produce as a youtuber in recent months.

“[A pandemia] It affected me to look for new ways to bring content and entertainment to the public and to rethink the structure to put everything into practice. But, I have a competent team that can handle it, even remotely “, he adds.

Neto’s theatrical debut will be with Os Aventureiros, inspired by the eponymous series he already shows on his YouTube channel. Warner Bros. Pictures and Telecine are behind the venture. For him, reaching the big screen is synonymous with achievement.

“There are still some things that I dream of conquering, but little by little I am getting there. A dream was to take The Adventurers to the cinema, and this is going to happen between the end of this year and the beginning of the next,” he announces.