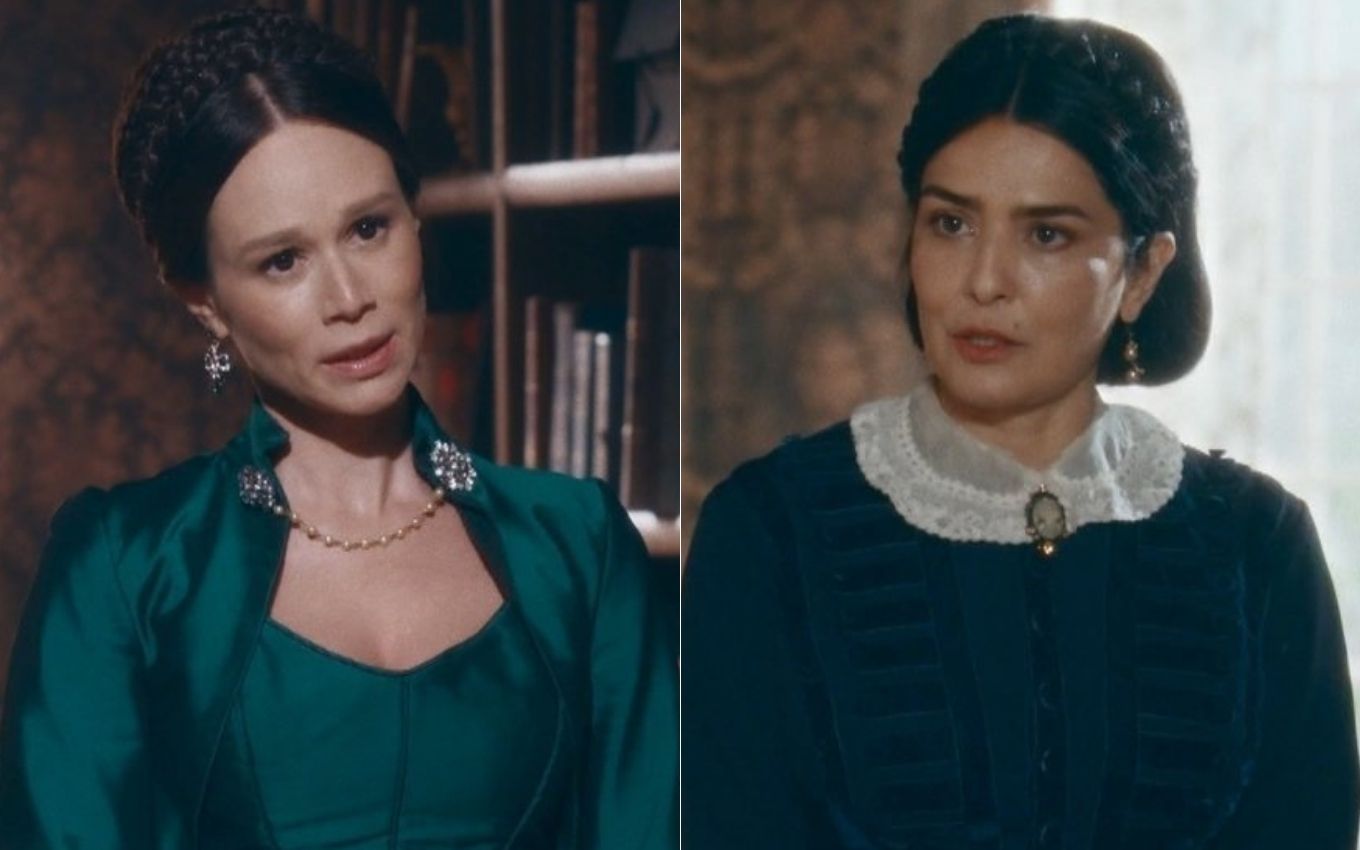 Teresa Cristina (Leticia Sabatella) will have to swallow the extramarital affair of Dom Pedro 2º (Selton Mello) in Nos Tempos do Imperador. With no way out, the Italian will propose a pact with Luísa (Mariana Ximenes) to keep the monarch’s infidelity a secret. The agreement between the two will shock the protagonist of Globo’s six o’clock soap opera.

In the scenes planned for air on Thursday (9) in the serials by Alessandro Marson and Thereza Falcão, Isabel’s father (Any Maia) will open the game with his wife and assume that he is in love with the countess of Barral. The Princess of Naples will be devastated by the confession, but will think about what will be best for her husband’s reign.

Leopoldina’s mother (Melissa Nóbrega), then, will surprise her rival when she appears in the carriage that will take the governess to the house of the royal family. “How are you? I left Mass and decided to accompany her to Thursday. We need to have a conversation, don’t you think?” Teresa will shoot. The noble will tense when placed against the wall, but will not show any weakness.

“When I came from Naples to be the Empress of Brazil, I didn’t come looking for glory or power. My priority was to raise a family. For us Neapolitans, it is a sacred asset. I don’t know if the Countess can understand the scope of this.” , will poke the character of Leticia Sabatella.

Pilar’s friend (Gabriela Medvedovski) will assure you that she greatly respects royalty. “I’m glad to know. So that my family’s honor isn’t tarnished, I need your help”, will begin the “mother of Brazilians”. The princess’ teacher will ask how she can help.

“Ah, the work everyone had done so that Pedro would not inherit his father’s fame… Incorrigible womanizer! The case of Dom Pedro 1st [Caio Castro] com Domitila [Agatha Moreira] it crossed seas and cost Brazil dearly,” recalls the monarch, already making it clear that she will put her finger on the wound and talk about her partner’s infidelity.

“I know very well. My father had to make a great defense of his father-in-law to get Dona Maria Amélia’s hand in marriage”, will retort Luísa. “Does the Countess understand my apprehension every time a woman becomes intimate with the Emperor?” the betrayed woman will ask.

Teresa will “accept” her husband’s betrayal

Dominique’s (Thor Becker) mother will nod, and Teresa will comment that the presence of lovers is not uncommon among nobles and warn of the danger of “others” hurting the family’s honor.

“Sometimes what is seen as a distraction, an adventure, is a meeting of souls. Lovers are lucky to have been chosen for the feeling they arouse, not for a political strategy”, will snipe the countess, who knows that the union between Peter and Teresa was an agreement between kingdoms. The Italian will make an appeal:

So, I’m counting on your help so that my daughters, your students, never suffer the pain of discovering that their father is in bad relationships. This father they admire more than anything”

“I’m aware of all your concerns. They’re mine too,” Eugenio’s wife (Thierry Tremouroux) will agree. “I hope so. And also that we can maintain peace and harmony on the Quinta and, between the two of us, the civility that befits the empress and a servant of the crown”, will point out Celestina’s confidant (Bel Kutner). 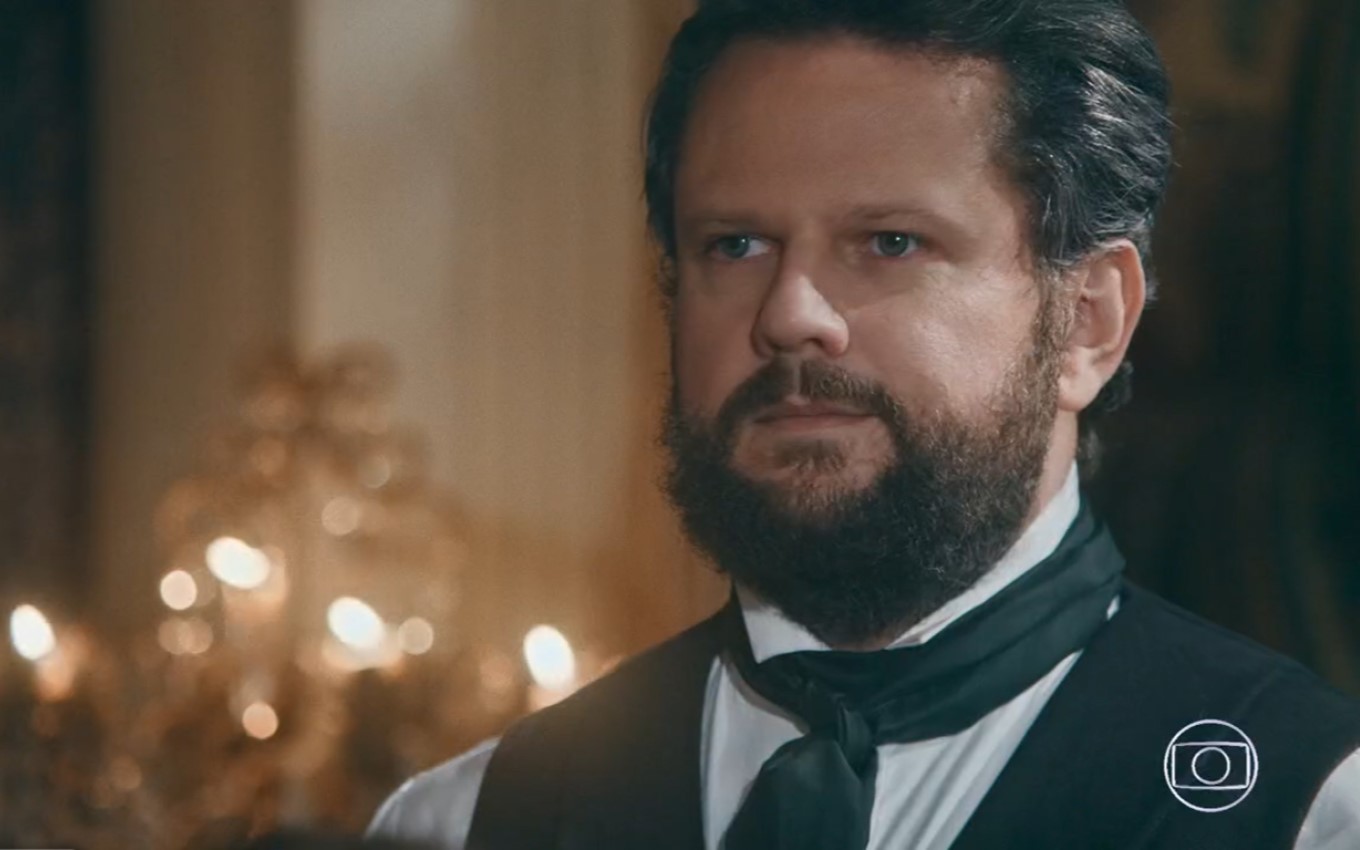 Pedro will clash with women’s alliance

Next, Peter will see the women getting off the carriage together and will talk to them. “Empress… Countess,” he will greet, tense. “I went to Mass and decided to enjoy the Countess’s company on the way back to the Quinta. We had a very fruitful conversation, didn’t we?”, Teresa will explain.

“Quite a bit. The empress gave me a big surprise”, will comment Justina’s boss (Cinnara Leal). “It was not a gratuitous surprise, after all we both have a common interest: the happiness and well-being of the bambinas”, will release the monarch. The two will enter, leaving the protagonist alone and distressed.

Later, audiences will see the emperor with his mistress in an isolated country house in the city. They will talk about the deal sealed with the Italian. “The empress understands perfectly that we are living something much bigger than an extramarital affair”, will affirm the noblewoman.

“Since we can no longer stifle what we feel, it’s better for everyone, for her, for her family and even for the Empire, that this love lives in the shadows, far from everyone’s eyes. A scandal involving you could generate a big shake-up . Familiar and political”, will warn the character of Mariana Ximenes. Peter will then propose:

Let’s make a deal. This will be our refuge, our world, inhabited by just the two of us. Here we will have no other life than this one. We’ll just be a man and a woman who love each other.