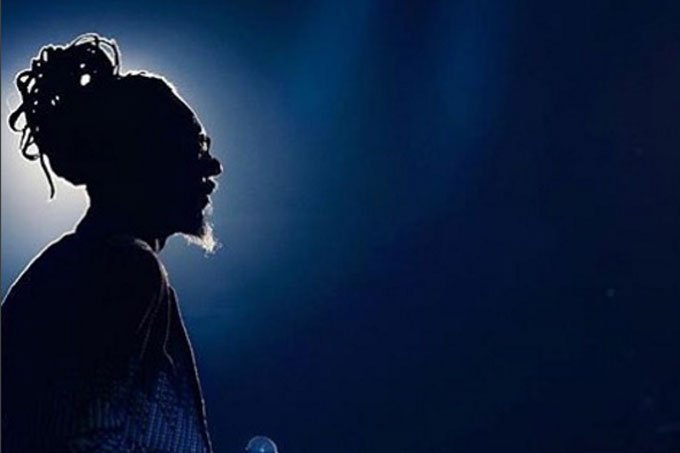 Right in the first minutes of the documentary All Melodies, which debuts this Monday, 19, in the programming of the subscription channel Curta!, director Marco Abujamra puts composer Jards Macalé and singer and actress Zezé Motta side by side. Residents of the same building in Rio, they remember Luiz Melody (1951-2017). The meeting draws one of the film’s narratives, which deals with the honoree’s compositions.

As the lyrics of Juventude Transviada in hand, they seem, even in contact with one of the most known songs of the singer and composer from Rio de Janeiro, to be surprised by the genius of their mutual friend. Macalé – to whom Abujamra had already dedicated the doc Jards Macalé – Um Bat na Porta Principal (2008) – draws attention to the lines “a woman must not hesitate”. “What wonderful advice!” exclaims Macalé, then immediately commits an indiscretion.

Zezé, who in 2011 recorded the album Negra Melodia, with only songs by Macalé and Melodia, says that sometimes he doesn’t really understand what Melodia means in the lyrics. “But I like it!” In fact, he and Zezé appear together on stage, in an archival image from the 1970s, in a performance of total catharsis in Negro Gato.

The poet Waly Salomão (1943-2003), in another important rescue of the film, appears in an interview at the end of the 1970s, given on the premises of Circo Voador, in Rio, explaining Melodia’s work. In reference to the fragmented verses of the composer’s songs, he says: they are the quebradas do hill, the unexpected exits, the mouths and the alleys.

The composer’s widow, Jane Reis, who was married to Melodia for 40 years, remembers that it was Waly, Hélio Oiticica and Torquato Neto who took him from the hill – he was born in São Carlos, in the Estácio neighborhood – to the city. In Jane, there is another path taken by the documentary: that of affection.

“Jane is a protagonist too. It was very natural. She talks about their emotional relationship and I realize that this affection is present in the songs of Melody”, says Abujamra. In one of the scenes, Jane says that love didn’t end with the composer’s death. In another, she shows that the pants she is wearing have another hole to house the button when her husband wanted to wear them.

Jane also reveals the film’s third narrative: that of racism. She remembers that, once, she and Melody were rejected at an inn in Bahia, late at night. The two had to sleep on a park bench. The composer’s family says that prejudice also prevented Melodia from living with her first child.

“There was no way of not touching on this issue. We are at a delicate moment in the discussion about the place of speech. I questioned whether it was my role, as a white person, to talk about racism. But I couldn’t omit it. That was a battle. very big throughout Melodia’s career, even though he is a highly respected figure in the Brazilian and world artistic universe. Racism in Brazil is so violent that not even the artist, who creates a persona beyond this judgment, can break this imbecile attitude.” , says Abujamra.

Melodia himself appears in archival footage talking about the prejudice he and his musicians were victims of. “Globo said that Oberdan (Magalhães, arranger) couldn’t wear clogs,” he says, about their participation in the 1979 Festival Abertura, with the song Ébano.

Abujamra did not interview Melodia for the documentary – filmed in 2019, after the artist’s death – but he says he even talked to him about the project. “He was very happy, but soon after, he got sick,” says the director. The composer died in 2017, aged 66, from spinal cancer.

At Abujamra’s option, the documentary features few interviews. Testimonies collected for the film are joined by Jane, Macalé and Zezé, Melodia’s sisters and her first child. Arnaldo Antunes, Céu and Liniker declare their admiration for the composer, in addition to presenting songs by the honoree. “I prefer to look for other ways of telling the story. I don’t like to do many interviews. There are no musical theorists in the film. Only people who had a very strong affective relationship with Melodia”, says the director.

Gal Costa, an essential name in the composer’s life – she was the one who launched him with the song Pérola Negra in the historic show Fatal, from 1971 -, appears in a musical number extracted from his DVD Stratosférica, from 2017. Waly fits to tell, in a scene from file, how the song came to the singer.

Melodia itself appears in musical numbers recorded in concerts in Brazil and abroad. With restored images from a visit by the composer to Morro de São Carlos in the 1980s, the documentary Todos as Melodias shows that, in addition to affection, his music speaks a lot about Brazil of yesterday and today.