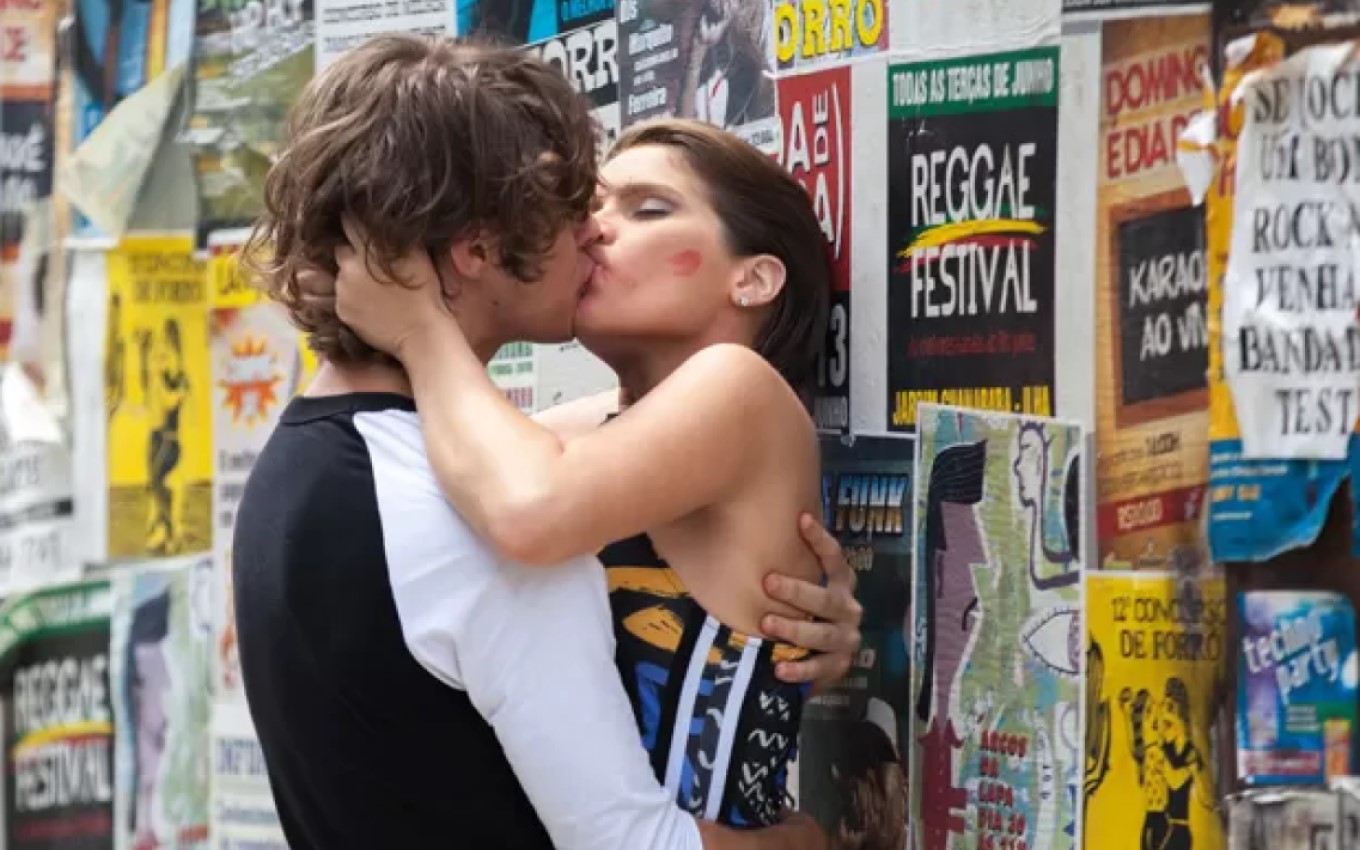 Karina (Isabella Santoni) will surrender to her feelings for Pedro (Rafael Vitti) and will surprise him in Malhação Sonhos. The fighter will set up a show with the guys from Ribalta and will open her heart in front of everyone. The two will fight before getting right, but they will seal the reconciliation with a kiss on Globo’s teen soap.

Isabella Santoni’s character sought out Sol (Jeniffer Nascimento) and made an unexpected request: she said she needed help to win back her ex-boyfriend. The lead singer of the guitarist’s band will team up with Nando (Leo Jaime) and some friends to get the blonde ready to sing and will announce an overnight surprise concert.

In a scene that will air this Wednesday (6), Karina will panic the moment she steps onto the stage. She will start the presentation, but will freeze and decide to say what she came for. “I’m not an artist, I don’t know how to sing, I have nothing to do with Ribalta. I just wanted to do something Pedro liked. This monkey was not a show, it was just a proof of love”, she will announce, who will run away.

Delma’s son (Patricia França) will go after Bianca’s sister (Bruna Hamú), and they will argue. The boy will rub in the face of Karina who saw her kissing Cobra (Felipe Seamus). “It sucked, okay? He’s my friend,” she will tell.

“Despite everything that happened. Even though we are so different, I still love you”, will declare the rebellious girl. “I love you too, my hottie,” the confused boy will retort. The two will kiss in front of everyone and be applauded.