Malva Christie, war and intrigue: See what to expect from the sixth season of Outlander

Jamie Fraser (Sam Heughan) and Claire (Caitriona Balfe) will face great challenges in the sixth season of Outlander. The new wave of episodes promises even more drama and tension with the beginning of the American Revolution (1775-1783). In addition, the arrival of the Christie family – mainly the youngest Malva – to the plot will cause problems for the couple.

Because it is based on the works of Diana Gabaldon, the series usually follows the stories narrated in each edition. Thus, the next season should show the stories told in the sixth book, A Breath of Snow and Ashes. But that does not guarantee that everything will be followed to the letter.

The next year of the drama will bring “Sassenach” dealing with the trauma of the rape he suffered in the last episode released. In addition, it was clear that the American Revolution is approaching the plot. The fifth season had already begun to plunge into the tensions that culminated in the war.

It is at this point that Jamie receives a message from the governor of North Carolina asking for his help in defeating the rebels and maintaining dominance of the English crown in American lands.

However, the Scotsman already knows that the British will lose the war, because Claire told him all about the battle. The soldiers who sided with England ended the conflict in exile or death.

The family is featured in Diana Gabaldon’s sixth book. Patriarch Tom Christie (Mark Lewis Jones) is a former Ardsmuir prisoner who was incarcerated at the same time that Jamie was at the scene. They, however, were not much friends during the years they spent in prison. A Protestant devotee, he arrives at the Frasers Mountain Range in search of a place to settle and ends up creating tension in the protagonists.

Tom’s eldest son, Allan (Alexander Vlahos) is highly protective of his family as they settle in the new environment. “Alan has a very dark history. But he is also trying to find his place in the world. He goes to the Fraser estate to try to claim some of his own masculinity. Trying to imitate and follow in his father’s footsteps,” says the interpreter at video presentation of the character.

But the big stone in the lead couple’s shoe will be Malva Christie (Jessica Reynolds). The spirited youngest is captivated by Claire’s work and modern thinking. She ends up becoming an assistant to the healer.

“I think when she gets to the place, she hears a lot about Jamie and hopes he’s her hero. And then she sees the woman and is like, ‘Oh no, I’m more interested in that. [no trabalho de Claire]’. I sneak in [na vaga de aprendiz]. We kind of started with her very innocent and eager to learn. She has the world ahead of her, she thinks this is her chance to flourish and become a woman like Claire. And then a lot of things get in the way “, says Jessica.

In the work on which the series is based, the young woman becomes pregnant with her stepbrother and says that the child she expects is Jamie. In addition, she even tries to murder the poisoned nurse, but ends up being killed. Caitriona Balfe’s character is arrested, accused of being responsible for Malva’s murder. 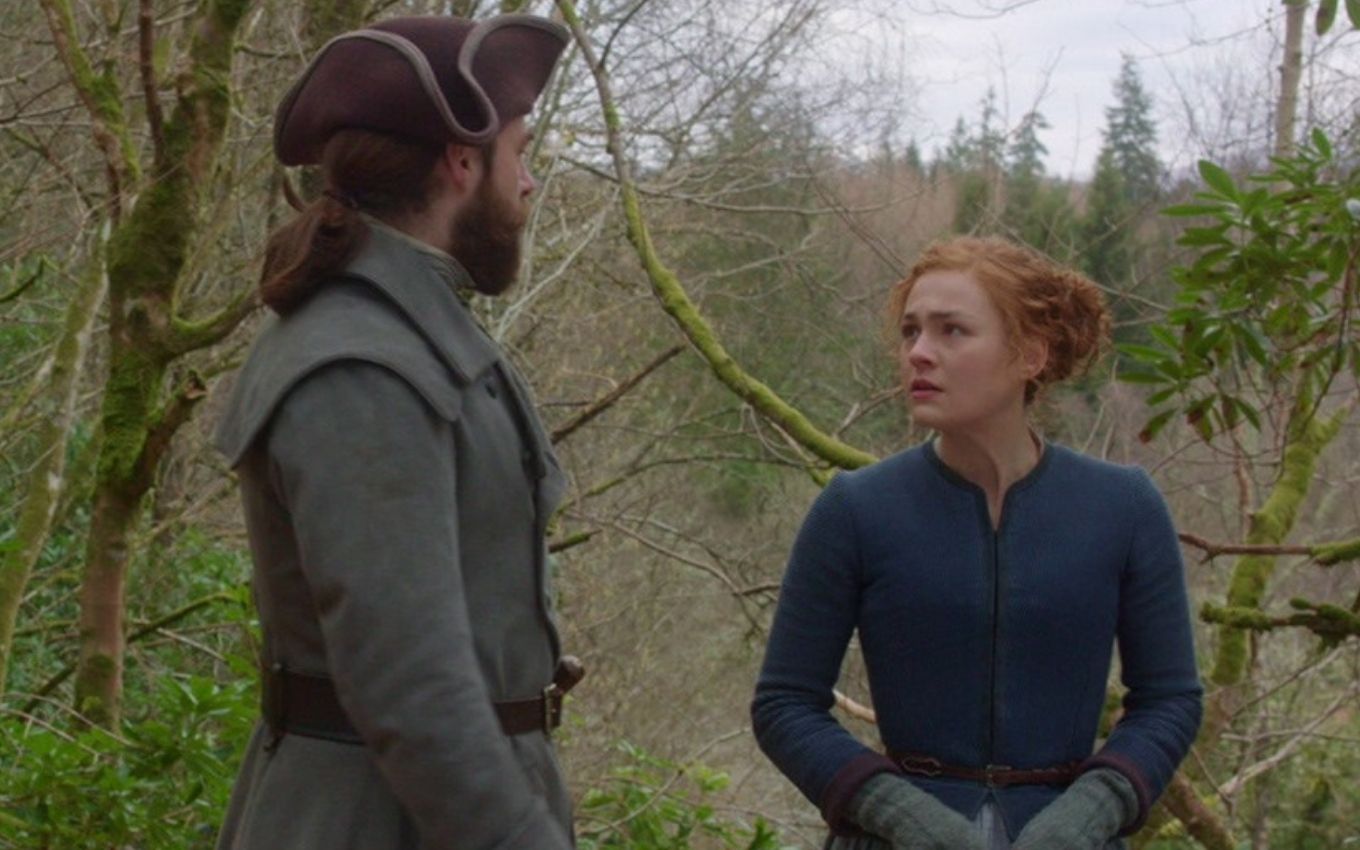 Back to the future

Among other plots narrated in the book that can be portrayed in the series, is the time travel by Roger Mackenzie (Richard Rankin) and Brianna (Sophie Skelton). After a failed attempt, the couple manages to return to the 1970s after the birth of their second daughter, Mandy.

The baby has a heart problem in the first few months. The disease makes Brianna and Roger have to make the decision to return to the 20th century, as the girl needs to undergo cardiac surgery to survive – a procedure that Claire has neither the conditions nor the resources to perform at the time they are.

There is still a mysterious fire in the plot, which, according to Brianna, would cause the death of the leading couple of the production. At the end of the sixth book, the Frasers’ house really does catch fire. However, the incident does not happen on the date that was in the newspaper clipping, but some time later. Everyone present at the residence, including Claire and Jamie, leaves alive.

With the departure of the Mackenzies and the destruction of the house in which they lived, the protagonist couple decides to return to Scotland to bring Jamie’s press to the 13 Colonies and enter the struggle of the American Revolution. 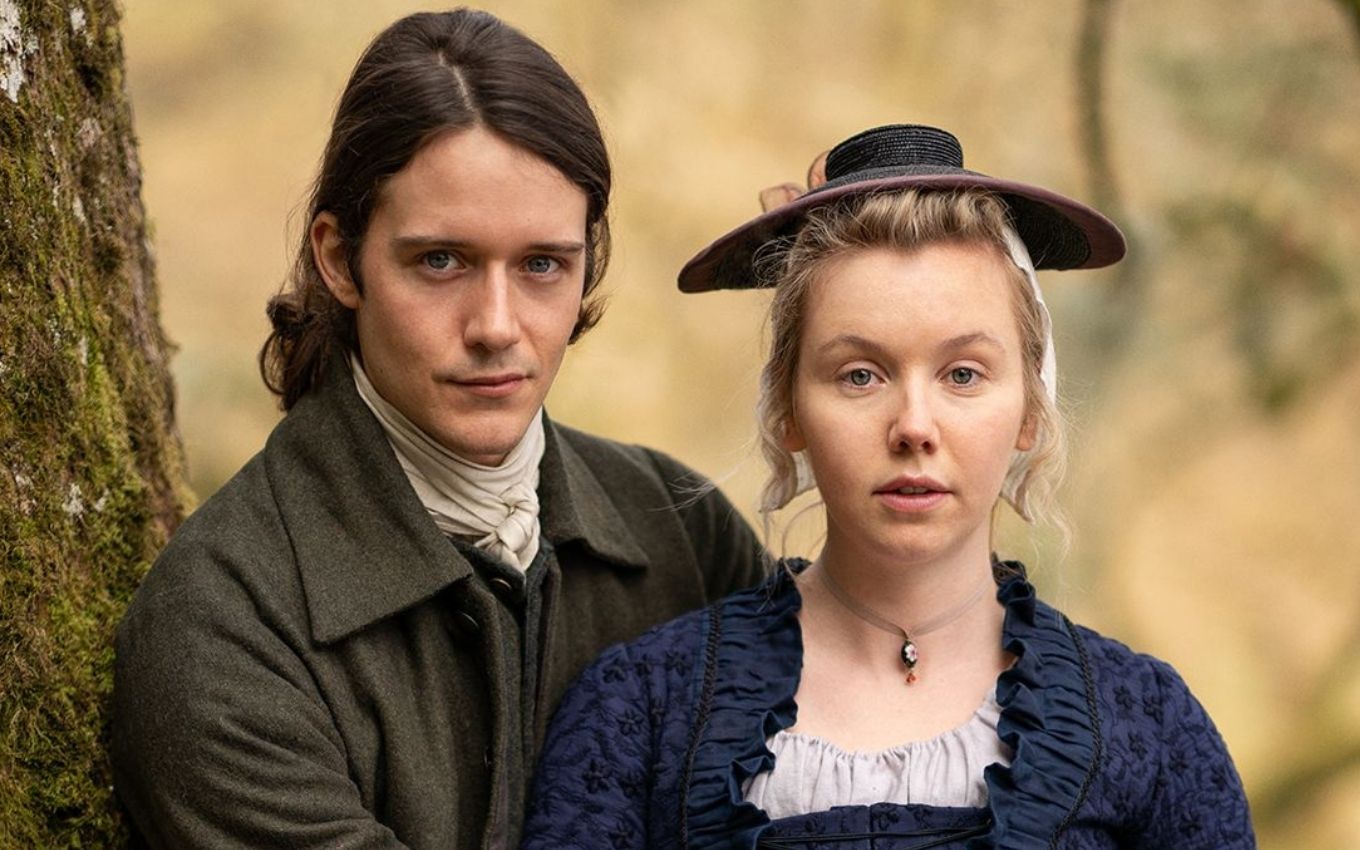 Fergus and Marsali will have a fourth child

Fergus (César Domboy) and Marsali (Lauren Lyle) will face difficult times with the arrival of their fourth child. The youngest Henri-Christian will be born with dwarfism, a condition not well known at the time. The rural and truly religious community will not react well to the presence of the child, who will be a victim of prejudice.

In addition, Fergus fears that he will not be able to support his family by living in a place where agriculture is the priority form of subsistence – and he has only one hand to do the job. The couple then choose to move to the city, where there is less prejudice and the boy can work as a printer.

Another character that may surprise you in the new wave of episodes is Lizzie (Caitlin O’Ryan). In the sixth book, she engages in a romance with the Beardsleys twins. The polygamous relationship shocks society and causes scandal in the young woman’s life.

With 12 episodes, the sixth year of Outlander still does not have a definite debut date. The seventh season of the series has already been confirmed. In Brazil, the first four seasons are in the Netflix catalog. Now, the subscriber to the Star Hits channel has access to the five seasons launched.

Watch the introductory videos of the actors who will play the members of the Christie family:

Next, join me in giving the warmest of welcomes to @jesssreynolds_ who plays Malva Christie, Tom’s spirited daughter who is captivated by Claire’s work and modern thinking, getting her into trouble with her conservative father. #Outlanderpic.twitter.com/8cmmuofbN7

Are you ready to meet the Christies?

First things first, I’m thrilled to welcome @marklewisjones as Tom Christie, a fellow Ardsmuir prisoner and devout Protestant who arrives on Fraser’s Ridge seeking a place to settle… though not without some tension. #Outlanderpic.twitter.com/ikb3cFpfbF

Last but *certainly* not least… meet Alexander Vlahos (@vlavla) AKA our Allan Christie. Son to Tom and brother to Malva, Allan is highly protective of his family as they settle into this new environment. #Outlanderpic.twitter.com/7xMJPUtswB

Auction of digital works NFT at Sotheby’s reaches US $ 16.8 million