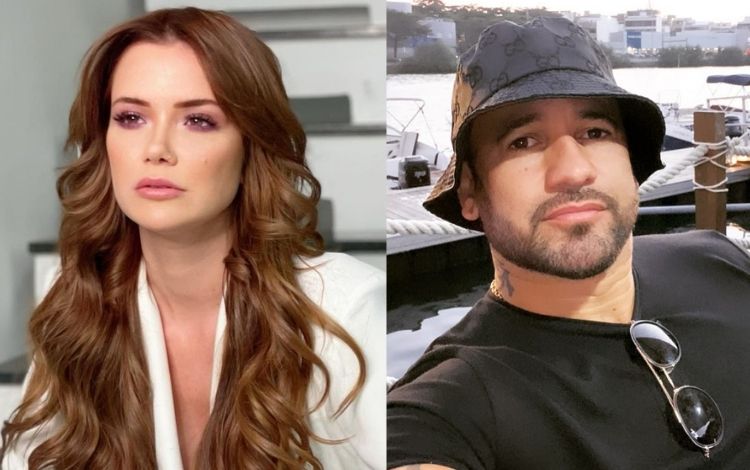 Former player posted a video in which the doctor criticizes him on ‘BBB 20’ and defends the youtuber, who betrayed Sammy Lee on the reality show ‘Ilha Record’

the former football player Hadson Nery and the doctor Marcela Mc Gowan exchanged barbs on social networks this Tuesday, 20. The former participant of “BBB 20” posted a video from the time of the reality in which Marcela, who also participated in the attraction of Globo, criticizes the heterosexual men who were in confinement, except the youtuber Pyong Lee. “Who invented the straight male? Cancel it, Jesus, it didn’t work, can’t you see?”, said the doctor when she saw some participants posing for a photo that became a meme in the edition. “Am I a straight male?”, asked the youtuber. “No. You are straight but not male. Not being male is a compliment because the view of the male in our society is very impaired”, replied Marcela.

Sharing the video, Hadson wrote: “Stupid people, right my people? Because of a photo (laughs). Thanks for making me a straight male Jesus (laughs). I said, I’m light”. Marcela countered the ex-BBB: “It really isn’t the male stereotype, which does not prevent him from being sexist and having repulsive attitudes also on national television, unacceptable as any other violence against women, whether verbal, physical, sexual. The mistakes of others don’t erase ours either, and to outsource them is to stagnate in them”. Hadson was eliminated from the “BBB 20” with great rejection from the public, as well as most of the men in the edition, as they received the label of “toxic”. Pyong wasn’t in that group, but the video came to light because, by participating in the reality show “Ilha Record”, which debuts next Sunday, 25, the youtuber would have betrayed Sammy Lee, who announced the end of his marriage to the youtuber on dawn this Tuesday.

It really isn’t the male stereotype, which doesn’t prevent you from being sexist and having repulsive attitudes also on national television, unacceptable as any other violence against women, be it verbal, physical, sexual. The mistake of others does not erase ours, and outsource them is to stagnate in them