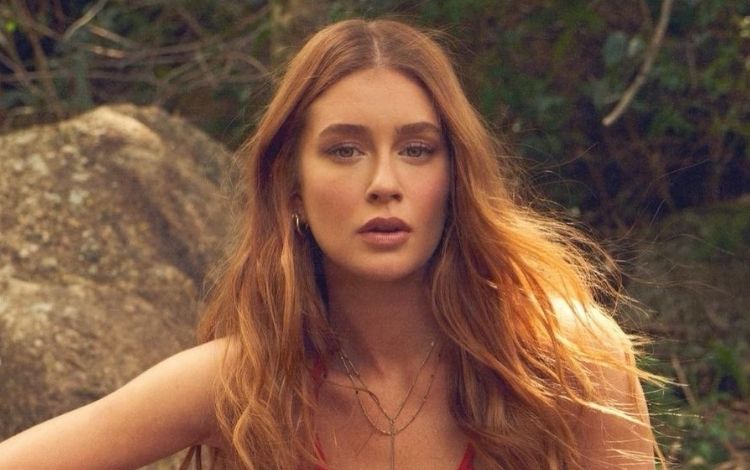 The actress Marina Ruy Barbosa countered a follower who claimed she pays to appear on Instagram pages that share celebrity gossip. “Everyone knows that GKay, Virgínia, Luísa Sonza, Rafa Kalimann, the Poncio family, Marina Ruy Barbosa, Lara Silva, Taina Costa and Flávia Pavanelli pay high to appear in these gossip institutes, to say that they are sold is easy, it was not possible to expose who paid, Leo Dias”, wrote the follower quoting a note released by the columnist of the metropolises, in which he denounces a scheme he called the “digital militia”, in which famous people would pay R$20,000 to R$50,000 to be praised on Instagram gossip pages. Mariana Ruy Barbosa did not like to see her name involved in this story and spoke up.

“Don’t freak out and don’t involve my name in it, girl. Me, huh. I work a lot and since I was nine years old. I don’t need to pay anyone to talk about me, my work speaks for me”, replied the actress in the post made by her follower on Twitter. On the same social network, the artist said that she is calmer, but there are times when she can’t stand to be quiet: “I walk zen, but sometimes it sucks”. She also said that she is increasingly disconnected and this has been doing her good. “I’ve been using my cell phone less and less and I’m loving it,” he posted. It is worth remembering that, recently, Marina caused an uproar on social networks by calling her “wedge” the wife of Marcelo Mussi, brother of federal deputy Guilherme Mussi, who is named as the actress’ current boyfriend. She didn’t talk about it publicly.

Don’t freak out and don’t involve my name in it girl. I huh. I work a lot and since I was nine years old. I don’t need to pay anyone to talk about me, my work speaks for me.

I walk zen but sometimes it sucks 🙃