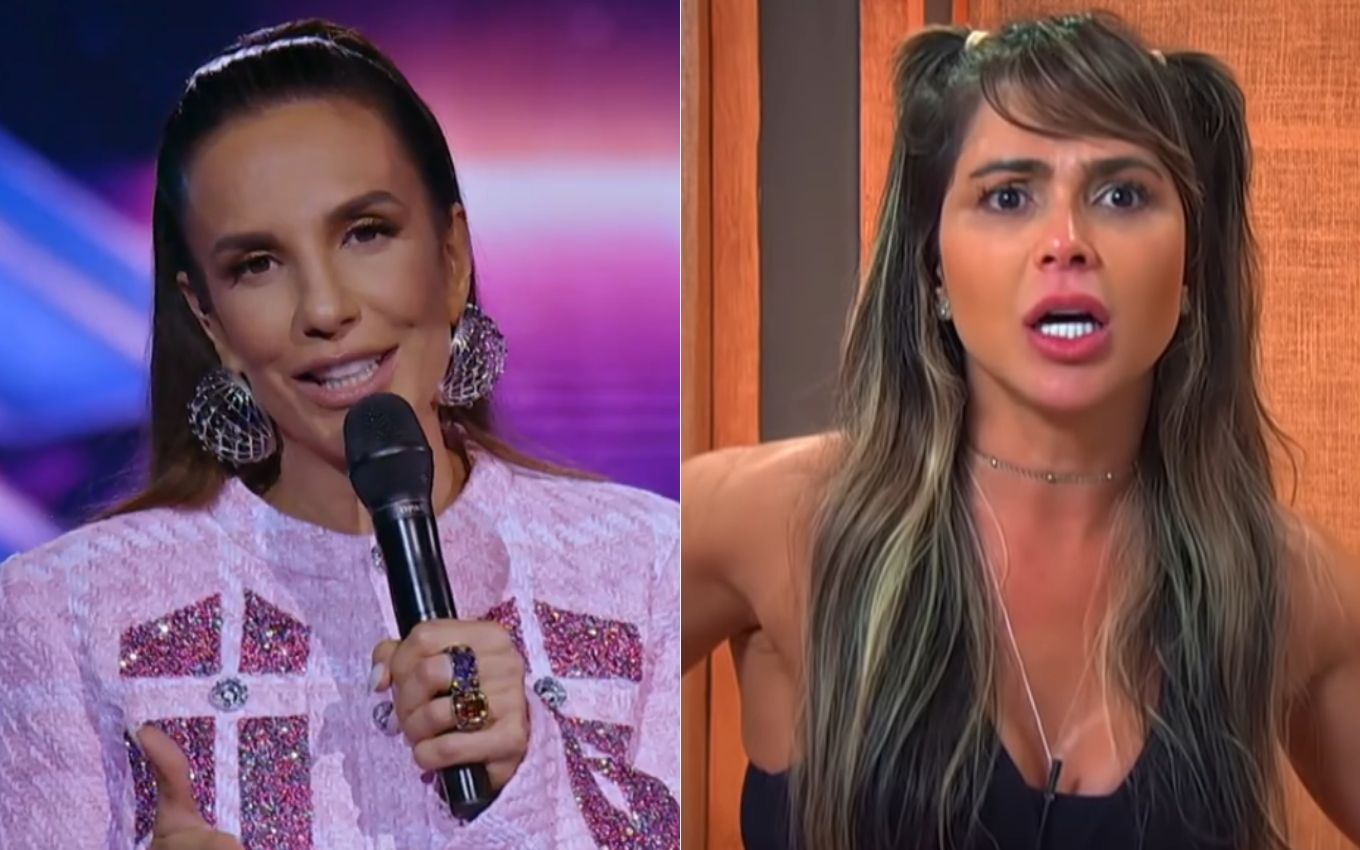 Internet users’ curiosity about the identity of the participants of The Masked Singer Brasil left the shack between Nadja Pessoa and Mirella Santos, the Gêmea Lacração, at Ilha Record, in the background. During the confrontation between the realities on Tuesday (25), the attraction commanded by Ivete Sangalo won the preference of Twitter users.

According to data collected by TV news while the attractions were shown, the Globo competition won 20 positions in the list of the most talked about subjects on the social network. At 23:26, the first four places in the ranking were occupied, respectively, by the official hashtag of the program, the singer Sandra de Sá, the fantasy Arara and the actor Tiago Abravanel.

Sandra and Abravanel were speculated by the public as possible participants in the reality show. In fifth place was the hashtag of MasterChef Brasil, which is also shown at this time. The dispute led by Sabrina Sato only appeared in the 26th position, named after the ex-wife of Vinícius D’Black.

In the list of the most talked about subjects, the names of Priscilla Alcantara, Lucas Penteado, Thiago Martins, Cris Viana, Babu Santana, Sergio Loroza, Robson Nunes, Thiago Fragoso and Leticia Spiller also appeared as possible participants of the reality. Dressed as Coqueiro, Marcelinho Carioca was eliminated for the night.

In Tuesday’s episode, Mirella yelled at Nadja and Pyong Lee. During the shack, the ex-exile admitted that she was in the mood to attack her rivals. “Want to punch,” confessed MC Loma’s cousin.

Check out the complete ranking: