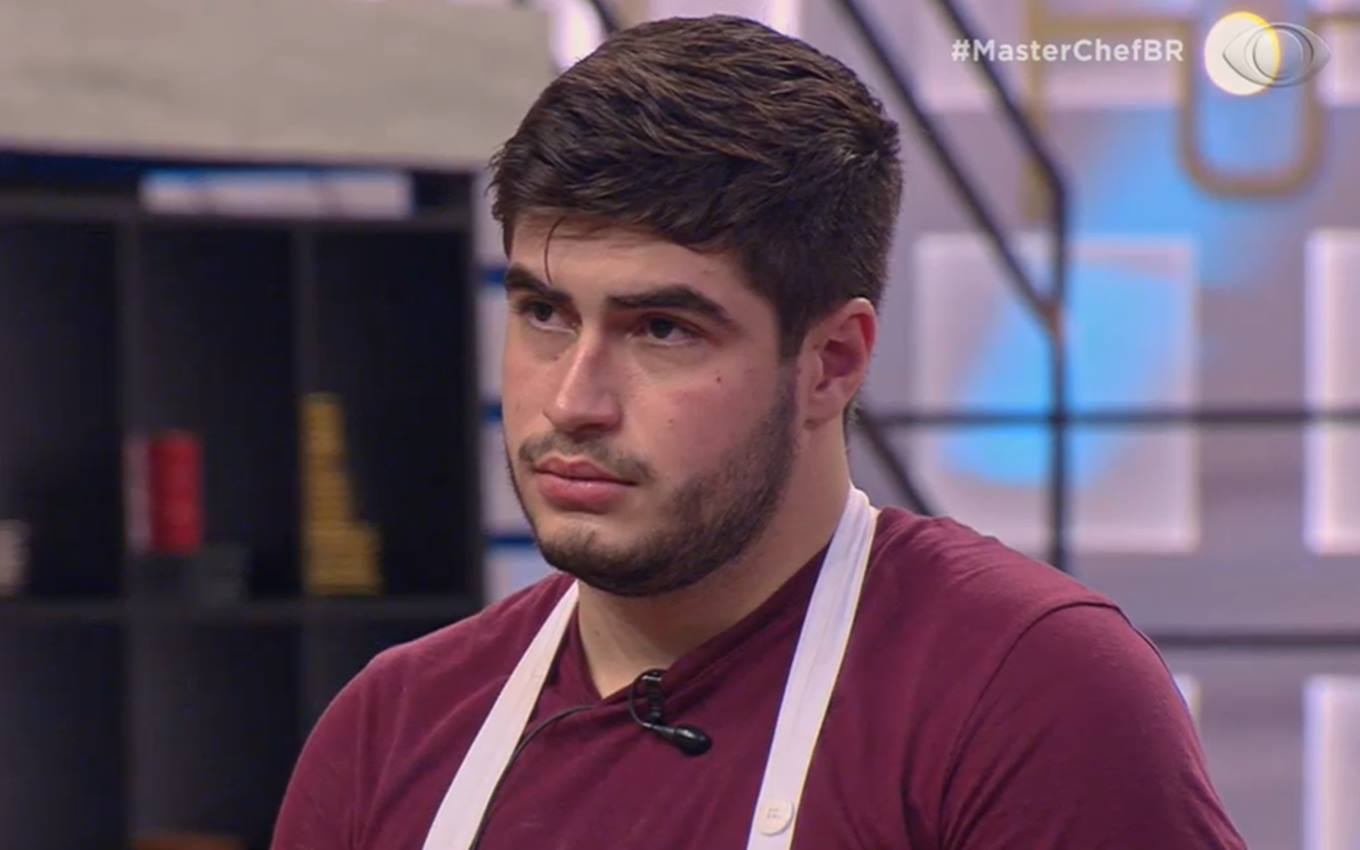 While No Limite 5 made the competitors eat goat’s eyes, cockroaches and larvae, MasterChef Brasil prepared a test that left the participants terrified. On Tuesday night (13), the cooks needed to prepare a dish called timpano, an Italian pie that has pasta in the dough and filling, as well as meat, eggs, vegetables, sauce and cheese.

To explain more details about the delicacy, the program’s judges counted on the presence of Zeca Camargo. “Look at the challenge you are going to face today”, pointed out the journalist and former Globo contractor.

For not being able to deliver a tasty dish and having left the organization aside in the kitchen, Gabriel ended up being eliminated from the reality show. “His food was bland and bland food is sad,” lamented chef Erick Jacquin as he announced the 19-year-old’s departure.

Amanda also came very close to leaving the competition. The 26-year-old carioca got stressed while preparing the pie and dropped one of the ingredients. Nervous, she received support from the other participants. “My despair turned to anger,” said the redhead during her statement.

Another who came very close to saying goodbye to the program was the 51-year-old Bahian Cristina. At the moment of unmolding his plate, the pie collapsed. Even so, chef Helena Rizzo encouraged the cook to go ahead: “Courage, let’s go.”

Despite having stayed in the risk zone, Cristina was saved by her colleagues in the mezzanine. Juliana, from Minas Gerais, 37 years old, sympathized with her colleague, but informed that the decision to save her had not been taken by consensus. “She helped me a lot in the last episode, I’m very grateful to her,” explained the confectionery expert.

“I was saved out of kindness, I wasn’t saved by the plate, I can’t let the judges down anymore,” said Cristina.

Watch some videos below:

Zeca Camargo excelled in this challenge! 🍴Inspired by the movie “The Big Night”, he introduced the participants to an Italian recipe called TYMPANO. The pie has ingredients such as pasta, eggs, meat and tomato sauce in its filling! 😱 @BandTV#MasterChefBRpic.twitter.com/hcePy7Tntt

Final minutes of the race and what EVERY COMPETITOR fears most happens in the kitchen of the #MasterChefBR: an ingredient falls to the ground! 😱 Amanda had to turn around, as the clock continued to run. ⏱️@BandTVpic.twitter.com/FQNFlBNaRW

Countdown is going on and Cristina still hasn’t been able to unmold the TYMPANUM correctly! ⏱️ What will the pie look like when tasting? 😰@BandTV#MasterChefBRpic.twitter.com/UeIiNQn3nP

After a difficult race, Helena and Cristina guaranteed another week in the dispute. ✨ Now the chefs will decide who leaves the competition: Gabriel or Amanda. 🤔 @BandTV#MasterChefBRpic.twitter.com/mvPuphGO6w