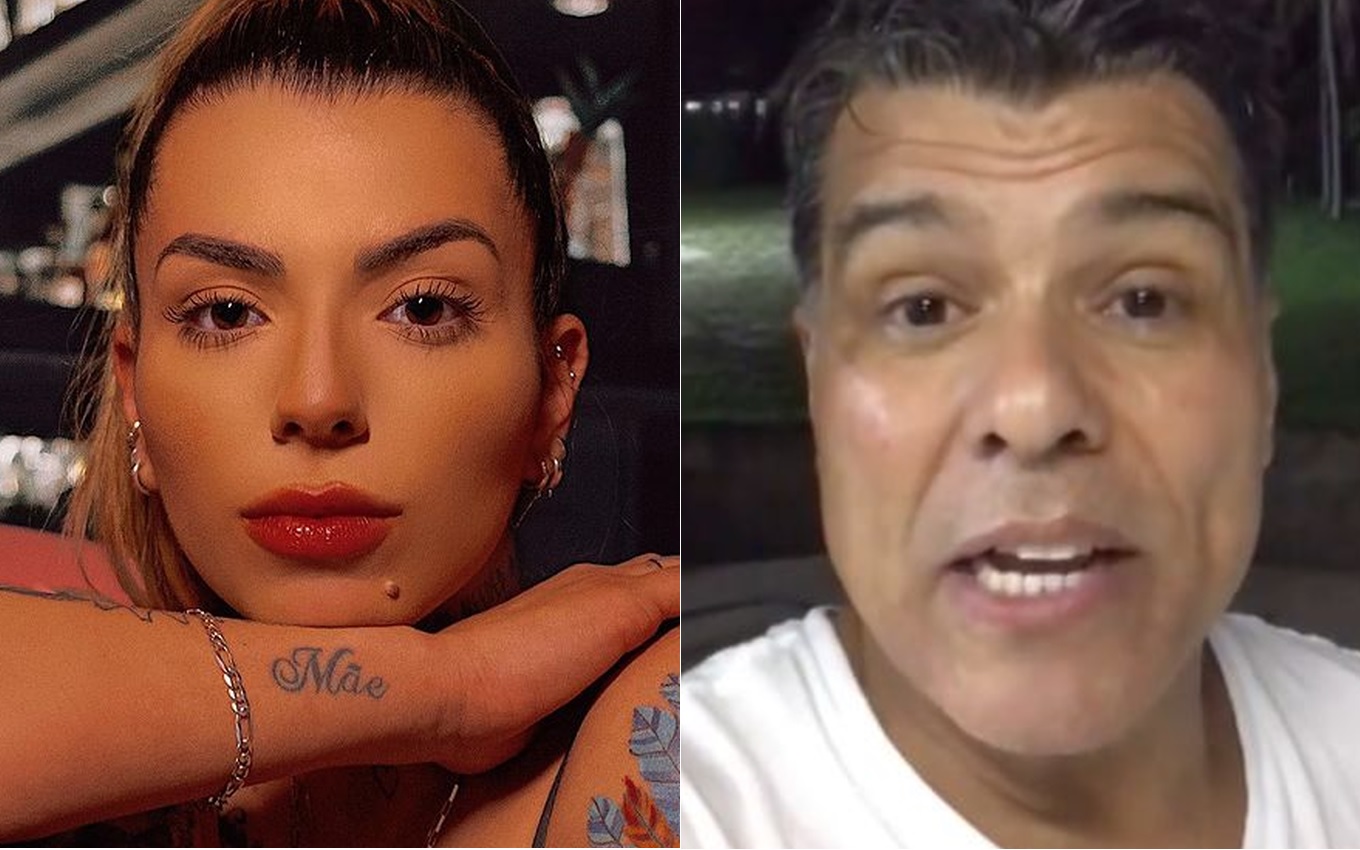 Daughter of Maurício Mattar, Petra used the Stories from her Instagram profile to talk about her relationship with her father, with whom she has experienced several conflicts in the past. In response to questions from followers in the early hours of Wednesday (6), she said that she left the actor and has no regrets. “I don’t miss it,” he declared.

The singer decided to talk about how she feels a year and a half after breaking contact with her father. “Today I got used to it. The only thing that makes me thoughtful is that life goes by and we are wasting time that never comes back. Before, at his option and now for my own,” he explained.

Petra also pointed out that the type of relationship she had with Mattar – in the air currently in the replay of A Viagem (1994) – was not healthy, both for her and for him: “God knows all things and, with all his heart , it’s been much better that way. Certain relationships are toxic to each other, on both sides. Stop romanticizing what you don’t know “, he added.

The artist’s heiress also revealed that her distance also affected her relationship with her paternal grandmother, Liedir Mattar.

“Unfortunately I was blocked on WhatsApp and Instagram [pela avó] for over a year. Now I don’t even know if I was unlocked too “, he said. 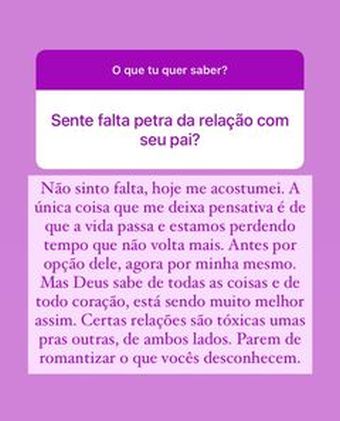 Petra had already told the fans that she no longer has relations with Maurício Mattar. “When we didn’t speak for the first time, I was a girl, younger. I was very sad. However, today, it touches me in a different way. I don’t feel guilt or regret. Or that I stopped acting somehow, to go after it, “he said at the time.