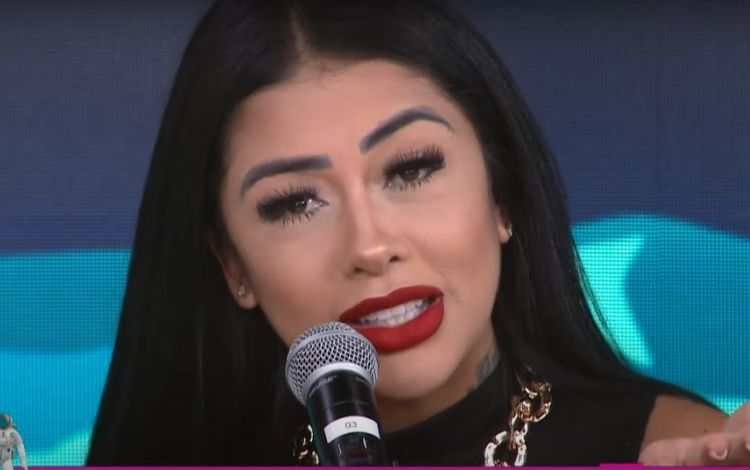 Singer said she gave up on the reality show knowing about the fine and explained that it was for the sake of her mental health; she also gave details of the end of her relationship with DJ Claytão

The singer Fernanda Medrado was one of the great promises of “The Farm 13”, but the artist surprised the audience by dropping out of the program in the first week for not feeling well psychologically. The rapper entered the reality after a quick and remarkable participation in “Power Couple”. In an interview with “Pânico” this Monday, 11th, the artist said that her relationship with the DJ Claytão ended just before she amended to her second reality show on Record. “People thought he joined the show [Power Couple] to help my career because the reality show is for couples and without it I wouldn’t be in it. He left an audio for someone saying he was single and it leaked. We were the first ones eliminated because we weren’t an example of a couple and because of this audio they started calling us fake couples. I was upset, we were never a fake couple.”

After the “Power Couple”, the couple stayed together for a month, but they started fighting: “The invitation came to ‘The Farm’ and he broke up with me”. The rapper confessed that she would return with Claytão, but made it clear that she is not focused on relationships at the moment, as she wants to focus on her career. “I still like my ex, he’s my son’s father [mais novo]. Move forward, but the feeling still exists”, he commented. Medrado dreamed of participating in “A Fazenda”, but believes he is not psychologically well enough to face a game like this. “This edition [de ‘A Fazenda’]it’s very heavy, it’s not 1% of what you watch”, he said. “I never thought I’d be a dick, but I had this fear of being canceled in there with so many people talking in my head.” The singer emphasized that she doesn’t feel that she “took up” for giving up the game.

“I don’t think it was a lack of courage, because [pensei] in my psych. The state I was in was terrible, I’m still not well. I rang the bell aware of the fine, that I wouldn’t keep the car [que ganhei em uma dinâmica] and that he would have to return part of the fee”, he stated. Medrado’s biggest fear was being “cancelled” and that it would affect his children. She cited as an example the singer Pocah, who participated in the “BBB 21”. “She wasn’t canceled, but her daughter was attacked for free.” The rapper also said that she doesn’t support anyone these days and that Erika, eliminated in the last field, was her favorite. She also said that she does not speak and does not want to contact Nego do Borel, who was expelled from the reality show after getting involved with Dayane Mello when she was drunk.